To write the Moin Akhter biography is the step to reveal the real legend of the industry of Pakistani media. Moin was born on 24 December 1950. He was the most successful and popular personality in the industry of Pakistani media. He proved himself as an actor, film actor, director, comedian, host, humorist and much more. Beside all these things he is also a writer, singer and producer. It is not wrong if we say that he was the one man army of Pakistani media industry. He is versatile and a true inspiration for coming generation. But now he is no more with us, he died on 22 April 2011.

Moin is polite and a strong personality oriented person. He has a successful life with no scandal or mishaps in his marriage life. He married in his early ages and successfully has three children’s. He has two sons and one daughter. He loved his family very much and gives proper time to each and every member of his family. His marriage life was a very successful marriage life.

Moin was started his career with a television on 6 September 1966, this was a variety show which was on aired on PTV to celebrate the defense day of Pakistan. After this launch Moin had offered many shows for hosting but his popular and one of the best shows was with a drama in which he plays a character of ROZE. This was the turning point if the life of Moin and hence he got unusual fame and success. One great thing about Moin is that he always avoids vulgarity in his humor which is the good thing of this actor.

Moin was the legend of Pakistan; he also got the Pride of performance Sitara-e-Imtiaz from the President of Pakistan. He has a successful talk show with Anwer Maqsood which was full of comic but focusing the social issues also. He has also done much comedy theater with Umer Sharif and makes them successful by his versatile acting. He is versatile in speaking Urdu, Punjabi, English, and Bengali, Memoni, Pashto and many others. He also got an award for honorary citizenship of Dallas in 1966 which was really a big achievement of Pakistan.

In an interview he always showed an interest that he wants to do something for Pakistan or for the people of Pakistan. He always helps poor people secretly which was really a good thing about Moin. Moin Akhter biography could not explain the experience of his whole life but it gives you an idea about his personality. He loved his mother very much and always gives a massive amount of time to his mother. He was a good father; husband, brother, son and everything. 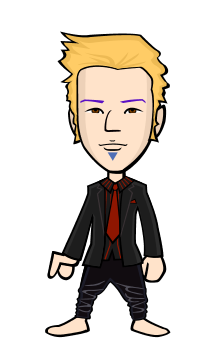