"Ali is with the truth & the truth is with Ali. whichever direction he turns, the truth will turn with him...( prophet muhammed pbuh).

Mola Ali (as) was the cousin & son in law of our prophet muhammed (pbuh). He was also a member of the ahlul bayt ( holy house hold of the prophet pbuh).He was the husband of the great & noble lady Fatimah (as), daughter of the prophet. 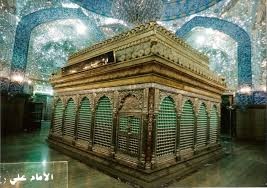 He was born on 13th Rajab 607, traditional stated in the kabaa.
He died on the 21st of Ramadhan 661. Their resting placeis in Najaf Iraq. The cause of death was a stroke due to being pierced with a poisoned sword in their kneck.

Mola Ali(as) has many titles to their name such as, Ameer ul mo' mineen, Al Murtaza, Abu Turab, Asadullah, and many more. 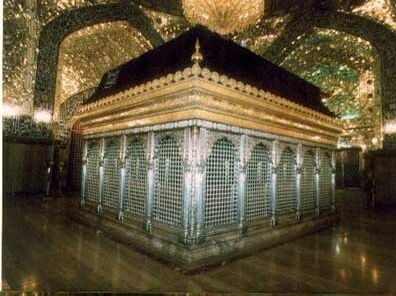 Mola Ali(as) was known to be one of the most greatest man in history of islam. He was given the title "LION" for a very specific reason. His bravery was limitless. Any battles he would take part in would end up in great victory for him. 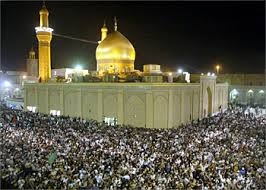 Having spent alot of his time with the great & noble prophet (pbuh), he himself became a great preacher. His patience, tolerance & power was endless.
Never spoke a single lie, never cheated anyone, and lived a life of pure simplicity sacrificing their everything just for the sake of giving to others.......