Mobile games are one of the many technologies that have begun to integrate cryptocurrencies. For example, Shaq Fu: The Legend Reborn has integrated Quarkcoin for in-game payments, and new games based on the blockchain, using Huntercoin and Motocoin, have emerged.

EverdreamSoft, a Swiss mobile gaming company, is a part of this movement, and has committed to using bitcoin with its star franchise. Using the Counterparty protocol, EverdreamSoft plans to place their online trading cards on the Bitcoin blockchain, along with a new cryptocurrency called BitCrystals.

EverdreamSoft rose to popularity in 2010 with the release of their app Moonga, one of the first free-to-play games for iOS or Android. The online trading game has been ranked the top role-playing game in the Japanese App Store, and has been downloaded more than 250,000 times.

In order to compete with larger and better-funded competitors such as Blizzard Entertainment, EverdreamSoft continues to innovate in hopes of regaining the spotlight. Based in Geneva, the city of private banking, Bitcoin has long been on the company’s radar.

“I believe that blockchain technology will create a profound change on our society,” said CEO Shaban Shaame via Skype chat . “We are at the dawn of complete change in how people exchange value over the Internet.”

EverdreamSoft plans to take advantage of smart properties on the blockchain through its integration with Counterparty. Rare digital game cards in Moonga will be placed on the Bitcoin blockchain so that they can be used in other Moonga games and easily transferred between players by sending a transaction .

The first new video game to take advantage of this ability will be Spells of Genesis. Moonga was a pure card game, requiring the player to build the perfect deck of Spells with which to battle. Spells of Genesis, however, adds an arcade twist, with additional elements of timing and strategy. The Spell cards are represented as orbs, which you must launch at enemies on the playing field to drain their life before they drain yours.

BitCrystals, the cryptocurrency native to Spells of Genesis, will be used to fund the development of these features. One hundred million BitCrystals will be created on the blockchain as Counterparty assets, and 70 million of those will be sold in a presale lasting 30 days.

BitCrystals derive their value from their utility and purchasing power in the Spells of Genesis game. Although you can effectively buy or sell cards in any currency, BitCrystals are necessary to purchase booster packs and bring new cards into the economy. The BitCrystals are then burned or recycled.

EverdreamSoft claims the crowdsale will begin as soon as they gain enough social media traction, and that development is under way. Currently, only testers have access to the alpha version, but a beta version is scheduled to be released next month. 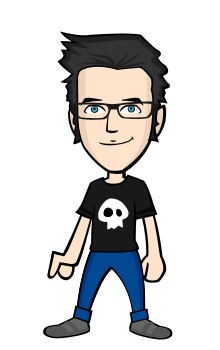