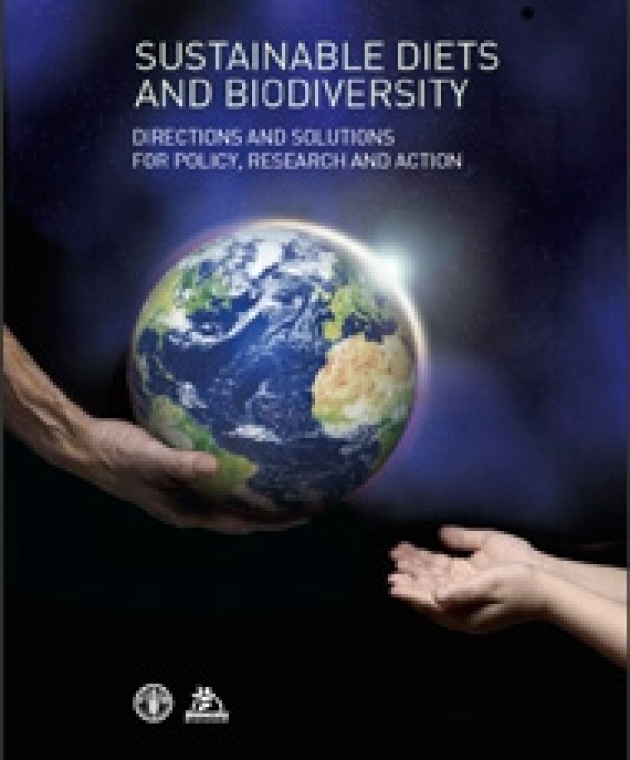 “While over 900 million people in the world suffer from hunger, even more – about 1.5 billion – are overweight or obese, and an estimated two billion suffer from micronutrient malnutrition including vitamin A, iron, or iodine deficiency,” according to the Principal Officer of the Food and Agriculture Organization’s (FAO) Nutrition and Consumer Protection Division, Barbara Burlingame, in the preface to the book, Sustainable Diets and Biodiversity. (The book is published jointly with the NGO “Bioverity International”). UN member states are thus encouraged to promote sustainable diets and food biodiversity to improve the health of citizens. The consequences of nutritionally poor diets are such non-communicable diseases as diabetes and heart problems. 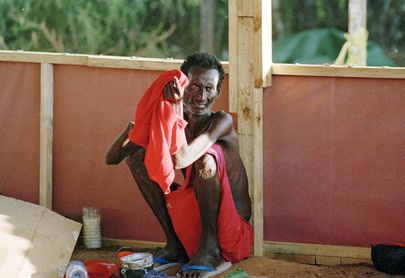 We should highlight that in its latest report on food prices for this last month food prices have spiked. – July food prices rose 6%. The cause has been both droughts (mainly US and inadequate monsoon in India) as well as too much rain/floods (including Brazil and China). Restrictions in exports could only worsen the situation. Food/grain crops diverted to bio-fuel are also proving to be a consideration – see corn in the US. Finally, food speculation has again not delivered price stability but in fact amplified the movements especially upwards. See our Blog: “Food Speculation Creating Hunger” . Also see our Film for Blog – “Billion to Sleep Hungry” . 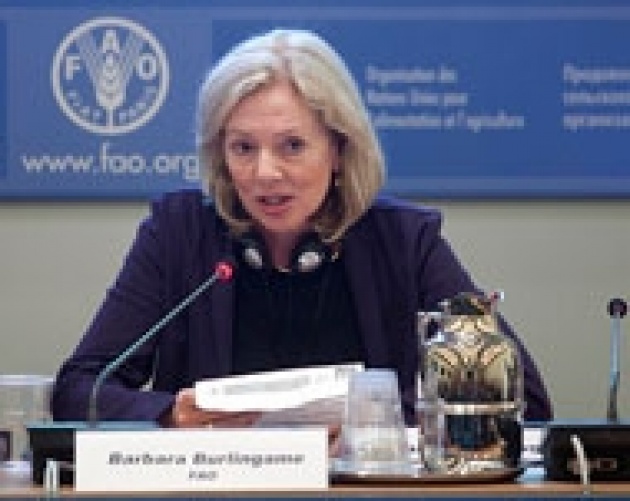 “Regardless of the many successes of agriculture in the last three decades, it is clear that food systems and diets are not sustainable,” says Ms. Barbara Burlingame (FAO Photo Above), in the preface to the book, Sustainable Diets and Biodiversity. Industrial agriculture and long-distance transport have made refined carbohydrates and fats affordable and available across the globe, leading to an overall simplification of diets and reliance on a limited number of energy-rich foods. However, these foods lack nutrient quality and have heavy carbon and water footprints. According to FAO, only three crops – corn, wheat and rice – currently provide 60 per cent of the dietary energy from plants at a global level. In addition, as the income for people in developing countries increases, they are more likely to abandon traditional plant-based foods in favor of diets rich in meat, dairy, fats and sugar. 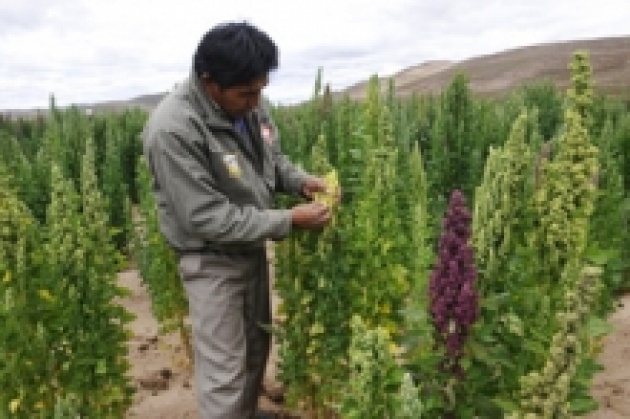 This shift in diet and the overreliance on certain crops has had a significant role in shrinking plant and animal genetic diversity, the Book argues, noting that out of 47,677 species assessed by the International Union for the Conservation of Nature, 17,291 are currently threatened with extinction. 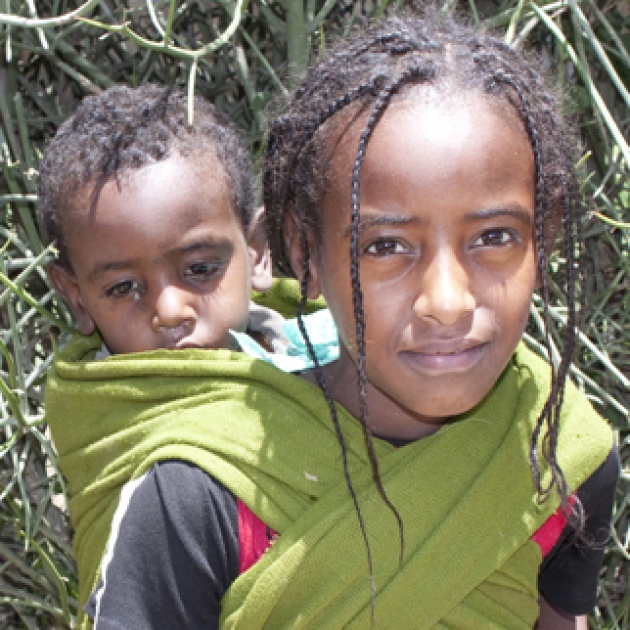 Bioversity International’s Director-General Emile Frison argues there is an urgent need for societies to move beyond major staple crops, and look at underutilized plant and animal species that could be rich in nutrients and help achieve a sustainable diet.In Kenya, for example, Bioversity International, which specializes in research for development, has helped to reinstate a number of leafy green vegetables – until recently considered to be poor people’s food – into local diets and markets. The demand for traditional plants, including African nightshade, cowpea and pumpkin leaves, spider plant and vine spinach, has increased both within households and in the market benefiting smallholder farmers. Also See our Blog for Film –“Edible Insects/Foods of Poor Rich for Nutrition/Health” 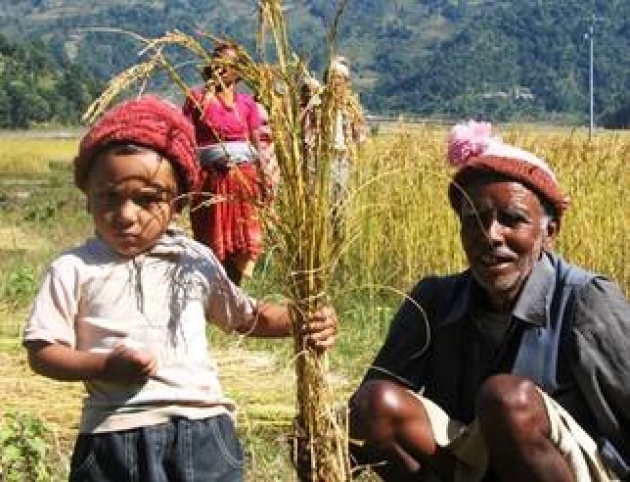 According to Ms. Burlingame: “Our food systems need to undergo radical transformations towards a more efficient use of resources and more efficiency and equity in the consumption of food and towards sustainable diets. Sustainable diets can address the consumption of foods with lower water and carbon footprints, promote the use of food biodiversity, including traditional and local foods, with their many nutritionally rich species and varieties.”