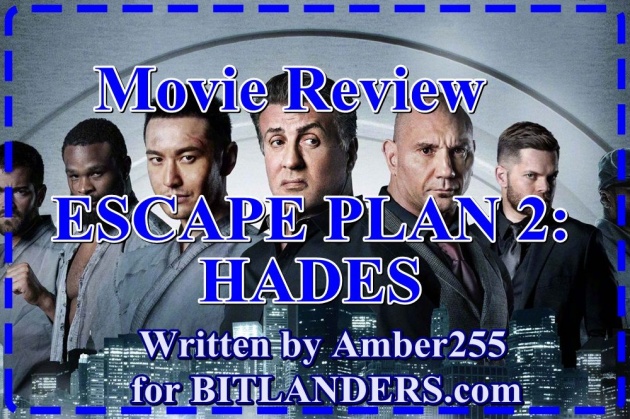 Greetings. It's time for the new movie review. A few days ago, I watched a movie ESCAPE PLAN 2: HADES, so that will be a review of this movie. The project that shocked the Hollywood action thriller movie industry with its concept appeared 5 years ago. Yes, this is the first part of the Escape Plan, which, with such stars as Sylvester Stallone and Arnold Schwarzenegger in the main roles, rarely left disappointed any of the action movie enthusiasts. And we all know that Silvester Stallone's name, which has been visible in films for a long time guarantees a good and perfect portion of the action. However, there appears a syndrome of the second part, which usually is not able to overtake its predecessors and taking away all the expectations of all spectators. Let's see.

The film director Steven C. Miller, the creator of low budget action thrillers First Kill, Marauders, and Extraction, which were not very liked by audiences, presented the continue to the 2013 financial hit The Escape Plan, which reintroduces the legend of action genre movies - Sylvester Stallone.

And so, five years later, Sylvester Stallone returns to the sequel to the movie The Escape Plan, where will once again prove that unconquerable prisons in this world do not exist. Let's watch it!

Ray Breslin (Sylvester Stallone) leads the elite security specialist team that volunteers entering the prisons of the highest level to find and remove detected security gaps that let prisoners escape from there. However, this is not just a hobby for Ray. A man is doing so to create a prison impossible to escape.

When his most trusted agent Shu Ren (Xiaoming Huang) is kidnapped and imprisoned in fully computerized prison, from which nobody has ever managed to escape, Ray, with the help of old friends, decided to find and liberate his friend who got into such trouble. And so, the man finds himself in his own prison.

This place is called Hades, and they can escape from it only in one way - in the coffin. However, this is not the way for a professional security system specialist. Now Ray must use all the skills he has accumulated to escape from his own trap of death and find the one that is guilty for the Ray to be imprisoned. Ray has come up with another, almost unfulfilled, escape plan. 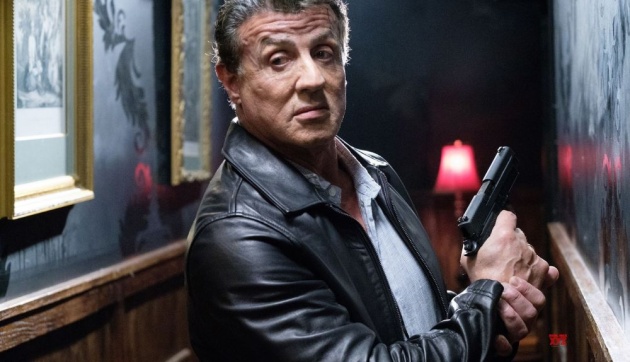 The first movie, which was shown in the cinemas five years ago, personally to me left a good impression. It was not only one of the most interesting movies of the action genre of that year, but probably, it is also the best film with Arnold Schwarzenegger after his return to the big cinema. The movie I watched with excitement, there was a fun and somewhat interesting plot, and there was no shortage of action. Therefore, remembering only the brightest moments of the predecessor, I, as every fan of brutal male movies, was eagerly waiting for the sequel of the history. 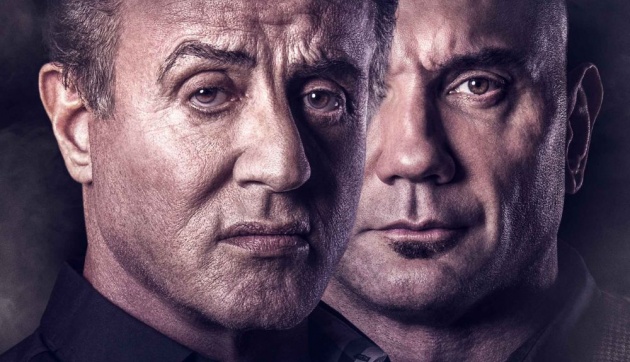 The second part of the film was scheduled for 2016, but due to various legal reasons, the premiere of the tape had to be delayed for two years. At the same time, after solving all the problems, the filmmakers decided to simultaneously create a third part, which must appear in 2019. But for now, let's concentrate on Hades.

Before discussing all the pros and cons of this movie, I have some important tips for you. First of all - be sure to look at the first part before going to watch the continuation. Secondly, do not expect anything like that in the first part. These two movies are like day and night, so I advise you to reduce your expectations because you will be very disappointed. 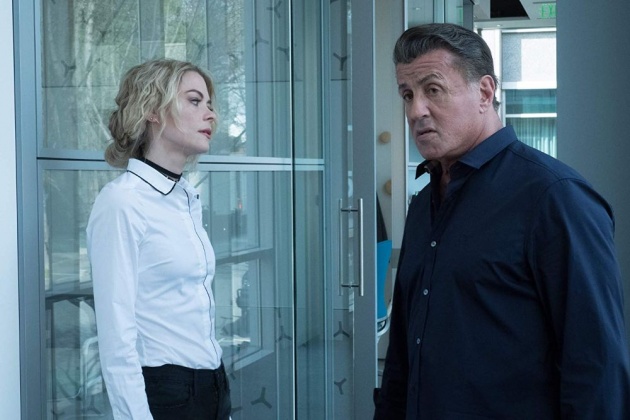 You will definitely find the reasons for the disappointment in this movie. The tape itself starts as a direct sequel of the first movie. This is a movie that at best can be called a side project of the predecessor in which for a short time appears on several heroes of the first movie. Yes, yes, if you are hoping that Ray Breslin will play the main role here, that's unfortunately not. He's here just to lure the fans of the first movie to the cinema halls. In fact, this is an Asian project sponsored by China, making the Chinese the main hero of the movie.

The action of the movie ESCAPE PLAN 2: HADES takes place in a modern prison, but what the institution it is, what its purpose, why it is the most modern - all these questions are left unexplained throughout the whole movie. At first glance, it is a prison where the prisoners' fights are organized from time to time. And if those fighting would be at least interesting! But, unfortunately, they are not interesting absolutely. It is some clashes, and nothing more. Nor were there some interesting fighting technicians out there. There were no aggressive opponents, nor any sense in fighting for anything. The fighting was just tragic. 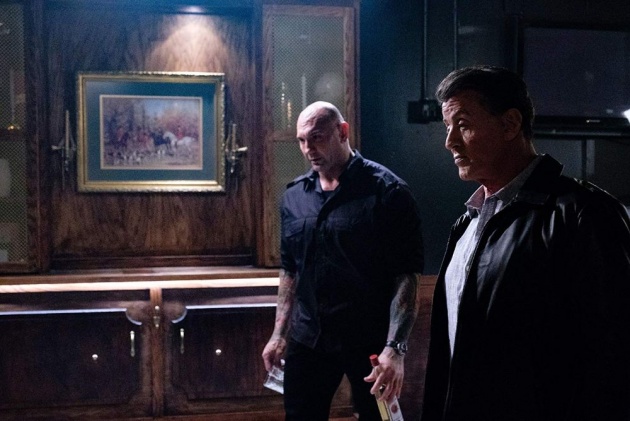 If I'm already talking about an action, then those who came to get a dose of tension will be most disappointed.  If so to count, in a 93-minute movie, the action scenes were maximally 5-7 minutes long. And the main action started about 20 minutes before the end of the movie. Everything else is stupid and meaningless conversations about nothing and some of the characters' measurements of sex organ size.

About the storyline, there is no wish to talk at all. It was almost gone there. The story itself is very banal and predictable, and the development of the storyline is so chaotic that it's possible to get lost in who are friends and cooperates and who the enemy is.

The characters in the film are not interesting. Ray Breslin looked like a rag, and the muscles' mountain Trent that helped him, as well has not his glory moments. Obviously, the film's creators did not draw attention to those really interesting characters that attracted attention. That's why everything was presented from the perspective of a fiercely minded Shu Ren.

If in the first film, the main characters looked like humans. They were struck by normal human problems, and they felt fear. Anything like this does not happen here. None of the new characters did reveal themselves. Much more, they are all some kind of soulless, and their destiny is completely insignificant. It cannot be so. Still, some kind of story should surround the characters, they have to have a secret and, most importantly, they have to attract viewers. And there, no character was able to do that. Even a bad one forced us to smile more than fear.

I do not think it's worth anything to say about this really bad and uninteresting movie. And the third part of the same director Steven C. Miller which is scheduled for next year is waiting for its time. I'm afraid that everything will get worse.

Escape Plan 2 is essentially a tired, low-rent attempt to create a new franchise, albeit one now relegated to VOD.

The Technical Side of the Movie

On the technical side, I could mention only one plus - the music that was too good for this poor band.  It's a pity that such beautiful musical compositions were used so irresponsibly.

One of the biggest minuses in the movie has become an incredibly nasty camera job. I do not understand what the operator Brandon Cox was doing in the film, but he seemed to have drunk some alcohol with one hand while the other filmed. There is no other explanation. The whole image is trembling, sometimes only half the actor's head is shown, and the bricks have received a lot of attention on the action scene, not some kind of good movement among the actors. 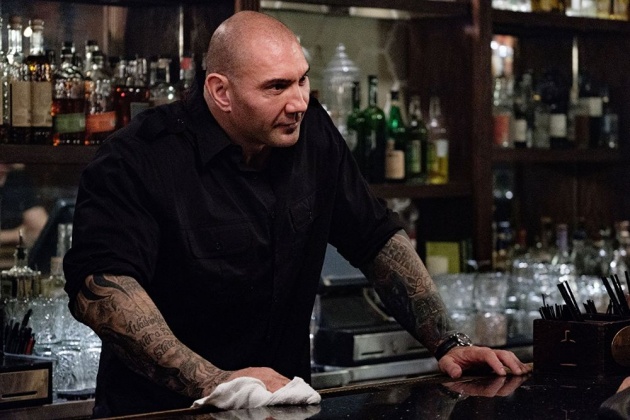 Image editing is as bad as the operator's work. Sound editing is not bad, but only in a few places going toward the end of the movie. There was no need for sound reinforcement elsewhere because this movie really does not have a good performance.

The Collective Work of Actors

All the actors in the film are like wooden toys.

The main character is the Chinese warrior Shu played by Xiaoming Huang who the whole movie is trying to get out of the Hades with the help of mind-blowing Breslin theories of escaping. 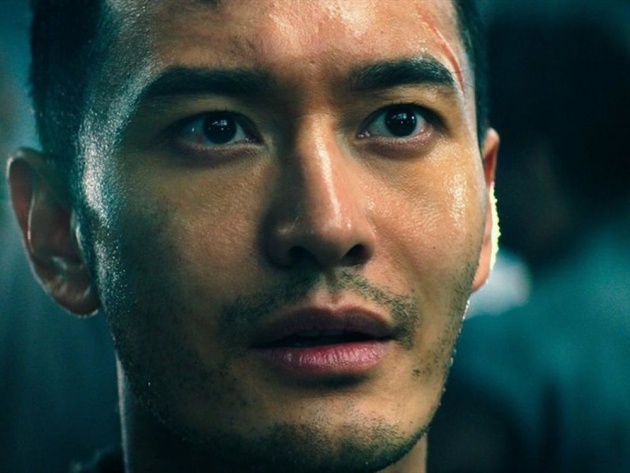 Even the first part's star Sylvester Stallone appeared here only for honorarium because of the disappointment was seen in his eyes. He did not even show any amazing and great performances here, but only said a few insignificant phrases. 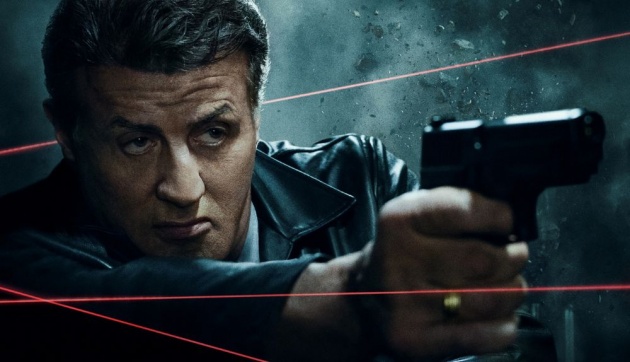 Maybe only Dave Bautista tried to make it more interesting, but his performance in the film lasted about five minutes. 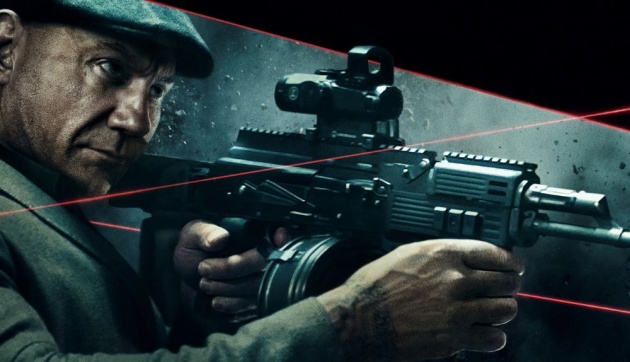 Curtis 50 Cent Jackson, Jesse Metcalfe, Wes Chatham, Huang Xiaoming, and Titus Welliver did not show anything new or interesting. I have not seen such weak not, convincing performances long time.

On the Final Note - Verdict

The film about prison and the Sylvester Stallone is also playing there, yes. But nothing like the first part. Here, the wooden movie plot is broken into pieces, and Ray Breslin appears maybe 10 minutes of screen time. The whole story is allowed through the characters of his company's guys.

The script is not only absolutely nonsense, the complete mess but it is realized by even worse actors. Sincerely, it seemed that just one shot was enough for the director to film everything. 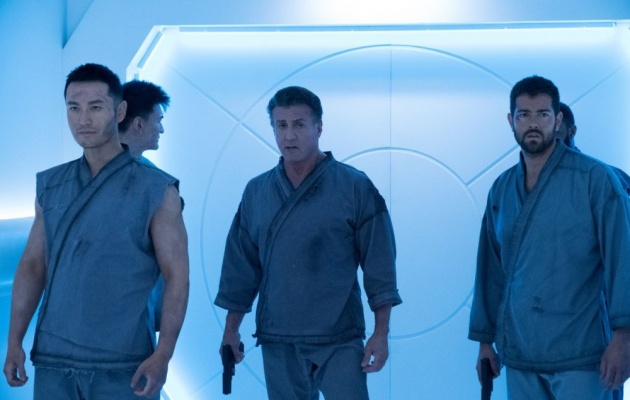 Verdict for the movie ESCAPE PLAN 2: HADES -  it is a shameful shadow of the predecessor, which can boast only a bored development of the storyline, a poor story, completely dead characters and their insignificant performances, and a tragic technical side.

A waste of Stallone's talent and star power, not to mention 94 minutes of your time.

1. TRUTH OR DARE movie review: a movie that failed to take full advantage of its enormous potential

3. Movie A QUIET PLACE review: the terrifying silence works on your nerves

4. Movie HEREDITARY review: The Most Horrific Movie This Year