Movie HOTEL ARTEMIS Review: The Absurdity Of Storyline And A Solid Performance Of Actors 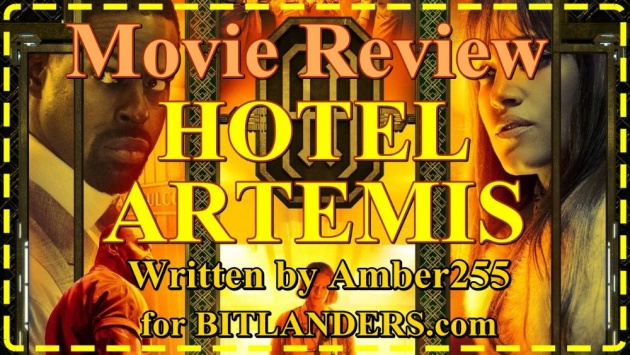 Movie HOTEL ARTEMIS Review: The Absurdity Of Storyline And A Solid Performance Of Actors

Greeting my blogs' readers. It's time for a new movie review. I have a tradition to go to the cinema on a Friday evening. It's great that there is always a new movie shown, so I can choose one that really worth my attention. The action crime thriller  HOTEL ARTEMIS was started showing in our cinemas on the 15th of June. It tells the story of a hotel where the secret criminals' hospital operates. The creators of the film took care that there would not be a lack of the mystic or the well-known faces. This is why we will see not only Jodie Foster, the head of the hospital, but also special patients with incredible biographies: Sterling K. Brown, Jeff Goldblum, Sofia Boutella, Dave Bautista, and many others.

The director of this new action crime thriller movie has become Drew Pearce, who has been working on franchise scripts such as Iron Man and  Mission is Impossible. It is his debut as a film director. I went to this movie because of Jodie Foster. I fell in love with her acting since The Silence of the Lambs. I was eager to see what she made of her new role as it's a well-known fact that she refused to participate in any movie for the whole 5 years. In the action crime thriller HOTEL ARTEMIS, Jodie Foster became the manager of the killers' hotel, where from the first glance, only three simple rules are valid.

I made a decision to focus on directing a while back. I really was looking forward to acting only in movies that I really loved and that I got a kick out of doing. I’d been looking for a role that felt more like a physical transformation, just felt like something that was totally different than anything you’ve seen me do before. - Jodie Foster

But let's talk about the movie. First of all, watch the trailer:

The creators of the HOTEL ARTEMIS are taking us, the audience,  to the year of 2028, when one of the few safe havens in Los Angeles, which was sinking in all kinds of crimes, is precisely the aforementioned Hotel Artemis. While there is a particularly severe riot in the city of Los Angeles due to cleaner water, all kinds of criminals who need medical attention gather in one of the most mysterious and highly protected hotels named Artemis. 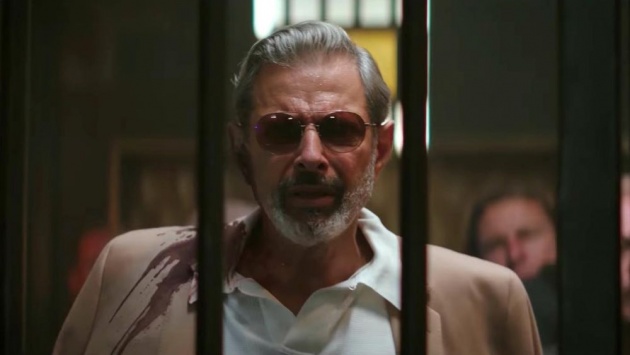 Jodie Foster plays the director of this hotel. Being a member of the hotel Artemis, people will be given the best assistance at any time. The hospital manager (Jodie Foster) is the highest-level medical practitioner known as a Nurse to all others. Of course, the hotel also has its own rules. Three simple rules apply to its holdings: no one can insult the staff, no weapons can be taken to the hotel, and the guests of the hotel cannot kill the other people, if entered this territory, otherwise, he will be immediately removed from the guest list or completely eliminated.

However, one day, a man comes to the hospital, who has stolen something valuable from a powerful city gang. Shortly afterward, the gang commander (actor Jeff Goldbloom) is already knocking at the Nurse's door, determined to withdraw whatever he owns at any cost. 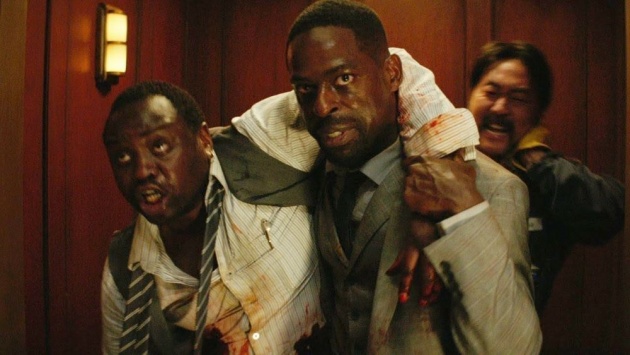 The situation changed radically making a hotel as a real war zone when the most dangerous city's man arrived at the hotel.  There will be a lot of deals with him because,  as I mentioned before, all the weapons were forbidden in the hotel, especially since the Nurse suspects that one client is going to kill another one.

Have I intrigued you already? If yes, let's go to the cinema.

This first full-length project of Drew Pearce has left me quite a good impression, as there was a particular focus on the various services provided by the hotel and its staff. I liked the rules that must be followed even by the host of this mysterious place. And this is the only plus that the story of this movie can boast. Everything else was just an illusion of something great, which, unfortunately, was not the case.

The intriguing start, a very attractive action place, and the mystery of the movie kept us all in the obscurity for the first twenty minutes but at the same time gave some tension, which was then very lacking in observing the stupid actions of the characters and their very unbelievable dialogues about the past, the present, and the future. 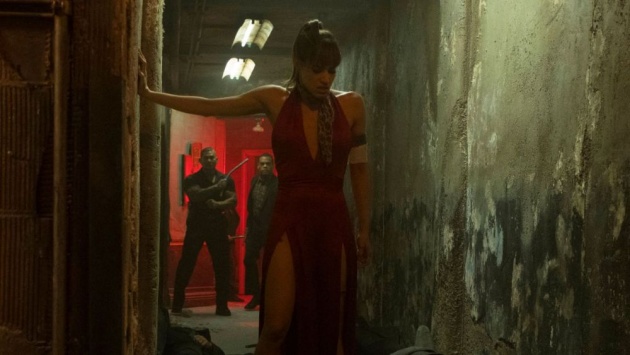 Each of the heroes, which were really numerous here, almost did not reveal themselves as a person, and their shadows of the past only aggravated everything. It got worse because it's simply impossible to have so many coincidences in one night. See for yourself. One character met with his former beloved. That loved one has the task of removing one important visitor from the hotel, and that visitor is very closely connected with one character, who got to know some facts about his past. Some of the coincidences got mixed up, which just confused the overall storyline model.

The main character of the film, which really deserves attention, is the manager of the hotel, so-called Nurse. She worked very well, her story was not badly wrapped up in the general story of the movie. Even the tragic memories of her past added some weight to the character, which made it possible to conceive and understand her better. It's worth mentioning her bodyguard Everest, who, like her, made a rather nice impression as a man with principles.

The characters of the second plan, who filled the space, were not used up completely. Especially Nice, whose nature and effect on the storyline were simply absurd to the impossibility. Equally the same presentation received the most powerful city man, whose potential was completely unused, although the hero was radiating charisma. 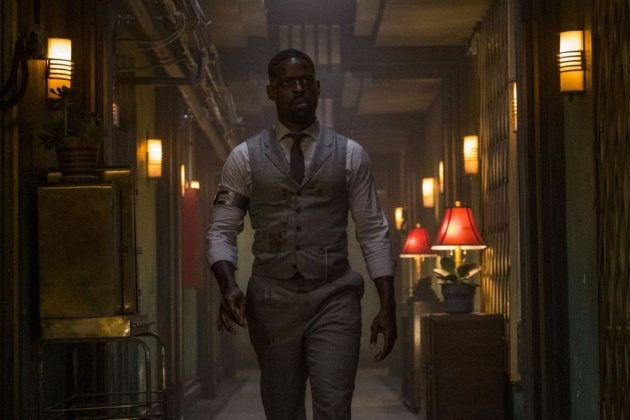 I'm not talking about other heroes like the Waikiki, Crosby, and Acapulco. Neither were they able to show something special, either as a personality evaluation, or to contribute to a higher goal in the development of the main narrative line. They were just in the frame. And that's it.

The sad thing is that there was almost no action in the movie. We waited more than an hour, and only then, maybe twenty minutes before the end, there was a movement. Several battles, several more violent killings, and some shootings animated the situation, but its not matter when the entire story was without communication any relation. 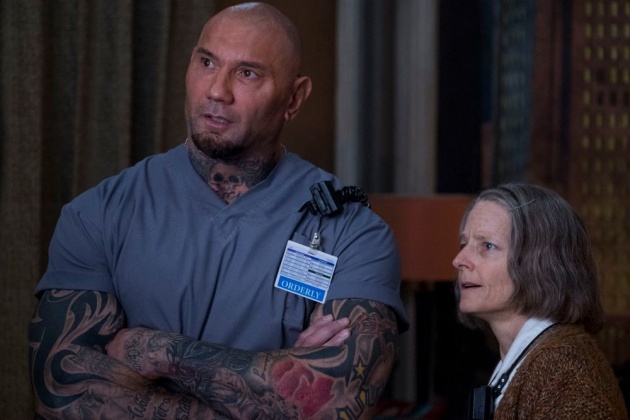 The Scene of the Movie HOTEL ARTEMIS  - Photo credit: ohio.com

The start of the movie has really been fun because hearing California Dreamin is not possible to feel bad. That's why I add a plus to the soundtrack just because of such great songs.

The operator's job is twofold. In some scenes, where macabre things are taking place, it shows fairly open images, while in others, where the same macabre things are shown, the camera did not show it. But there was a lot of attention paid to the details, what made a good impression on the concept of the hotel with all its secrets.

The visual presentation of the tape did not disappoint. Good decorations, some of which have been brought to the past interesting costumes of the heroes, great makeup and, of course, some special effects, which could also give the film an extra score. At least, the film did not disappoint by its exterior.

Video editing has left a negative impression. The story was presented as chaotic and too fast, so instantly changing scenes became a headache. Sound editing was good, especially during the last moments of the movie, when, thanks to it, the action scenes acquired a more solid form.

The Collective Work Of Actors

Jodie Foster's lead role has been featured in this band. Slightly aged, but radiating the same charisma as before, the actress made efforts to perform her role the best. It was seen that she cared about her role, so she revealed her acting skills to the point that overshadowed all other actors in this movie. 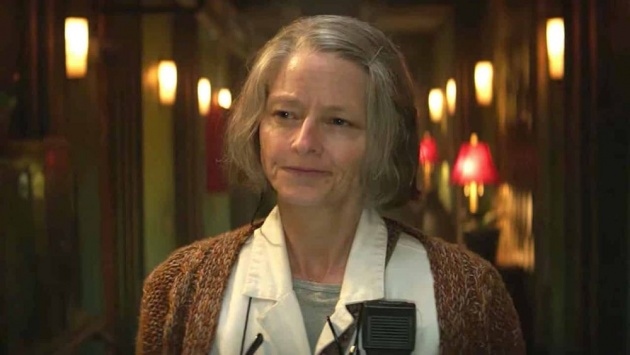 The Sterling K. Brown played the role of the Waikiki. The actor is good, but his character is a complete misunderstanding. But his acting was great.

Without them, such talented people as Dave Bautista, Jeff Goldbloom, Charlie Day and Zachary Quinto have roles in this movie, but only the first one received enough screen time, and at least his character was revealed. All the others were like decorations. 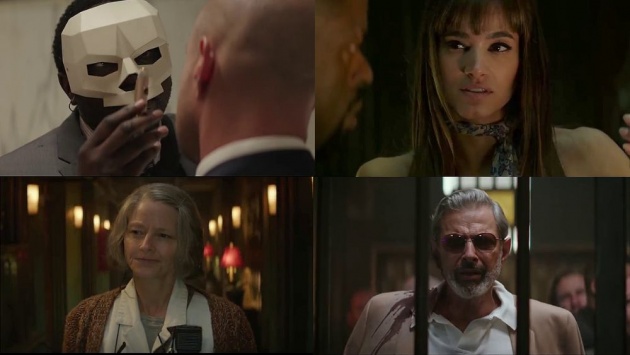 Jeff Goldblum played the Wolf King, a rich man. It's no secret that the movie was made with the not very big budget. Jeff Goldblum, knowing that, began to take care of his image himself. Because there was a need for luxury, Jeff came to the film with bought the brand new, precious Gucci sandals.

Jeff bought all of the clothes for the Wolf King, because we couldn't afford clothing as expensive as the Wolf King's taste. So the Gucci sandals, Jeff paid for! It's funny, I ended up having to put CG blood on them, digital blood on them. I knew I needed to have blood, and Jeff has bought them himself! - Drew Pearce

So, if you watch the movie Hotel Artemis, pay attention to those famous sandals.

It's also a pity that the sexual Sofia Boutella also did not show anything special except a very hot image.

To sum up, I have to note that I really do not have much to say about this movie without the spoilers. Still, I want to accentuate that this is a boring drama with elements of the thriller, but it's really not a thriller with a lot of actions and tension, as it was positioned in descriptions and anons.

It's really possible to get acquainted with this story watching one time, but not more because it's not a movie of the kind films that you will want to remember the next day. 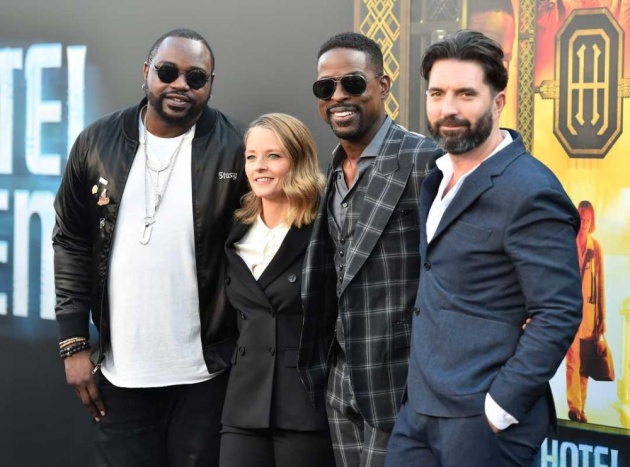 Hotel Artemis is a rather boring and completely nonsensical movie but technically neat and enchanting by a solid acting of some actors. Unfortunately, there was not a really great and promising idea realistically realized. In my opinion, the idea was taken from a cool looking series of the movie John Wick.

Of course, it's just my opinion, and you can have your own. I am not a professional critic, I just like watching new movies, and I have my own view of the things shown. Simply, my expectations were bigger about HOTEL ARTEMIS, but I really enjoyed acting of some actors.

Have a fun watching!

2. Movie A QUIET PLACE review: the terrifying silence works on your nerves

3. TRUTH OR DARE movie review: a movie that failed to take full advantage of its enormous potential

4. Movie Adrift review: The Survival Drama Based on Real Facts