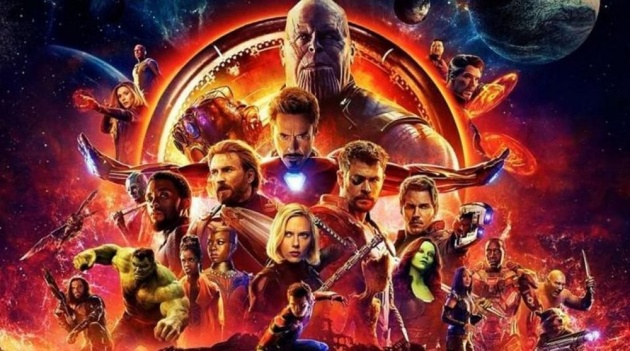 Dear Friends, I hope you are doing fine and having a good time on bitlanders.  Today, I have come up with my another new blog with the title of "Movie Review - Avengers: Infinity War" which is a movie review of newly released Hollywood movie based on superheroes and their super-enemies.  This comic book-based movie is a new addition into science fiction superheroes movies and has been doing good job on the box office.  The idea of this movie has been taken from Marvel Comics produced superhero team The Avengers. In this real world, the villain fight for wealth and power, however, in this superheroes' film the villain is fighting for Infinity Stones in order to control the universe based on his own wishes.  I liked this movie because it depicts a new idea and a new type of entertainment for its viewers.  For the viewers, if a movie is based on romance between hero and heroine and if it is a family matters-based movie then it is no more quite an interesting and entertaining movie.  Therefore, people all over the world has welcomed this science fiction movie and has strengthened the concept and production of films based on science fiction and superheroes.  This superheroes studded movie was directed by Russo Brothers and was produced by Kevin Feige. The movie is a sequel to previous the Avengers movie series which were released in 2012 and 2015 respectively. 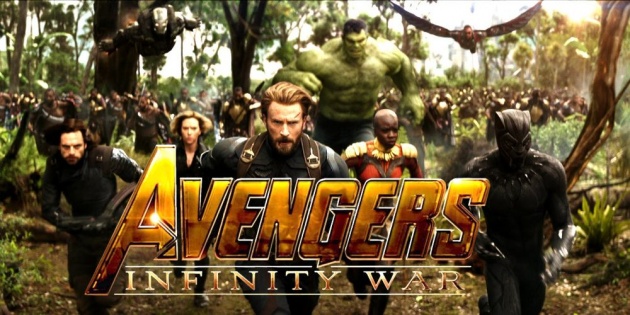 This movie has been released just few days ago on April 27, 2018 in the United States under the banner of Walt Disney Studios Motion Pictures.  Some details of huge cast of this movie is as under:

✤    Mark Ruffalo as Bruce Banner and as the Hulk

✤    Chris Evans as Steve Rogers and as Captain America:

✤    Scarlett Johansson as Natasha Romanoff and as Black Widow

✤    Don Cheadle as James Rhodey and as War Machine

✤    Benedict Cumberbatch as Stephen Strange and as Doctor Strange 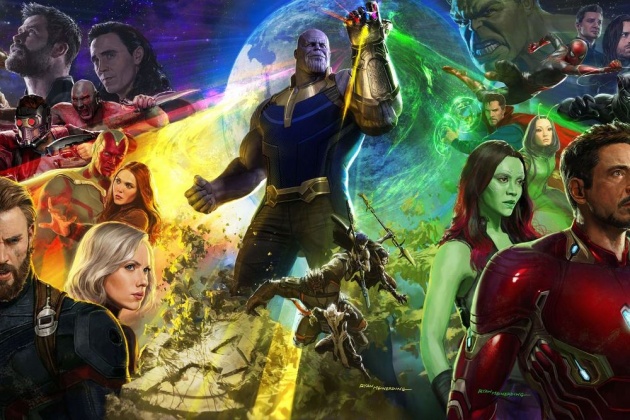 It was pretty much inevitable, considering the 18 previous movies it had to tie together, that Infinity War was going to be the most jam-packed Marvel Cinematic Universe film ever. And it was. From the remains of Asgard to the borders of Wakanda to the Collector’s museum on Knowhere, it traversed the entire MCU and managed to not be a total mess. (Not an easy feat.) It also had some great guest appearances and more than a few surprisingly touching moments.

The film begins as the villain of this movie Thanos is in search of six infinity stones to control and rule on the universe with his ill motives.  Thanos along with his companions Proxima Midnight, Ebony Maw, Corvus Glaive and Cull Obsidian assault on the Asgardian ship in search of one of the stone that is in possession of Loki which he had managed to get hold of before Asgard's destruction.  Thanos had already got the power stone due to which he managed to destroy the Asgardians.  The Hulk tries to intercept but fails and seeing this, Loki makes an offer to hand Thanos his required Tesseract, however, Thanos kills him.  The Hulk is hurled towards earth and Thanos along with his companions leave the ship as it starts to get destroyed.  Thor luckily manages to get rescued by the Guardians of the Galaxy later on. 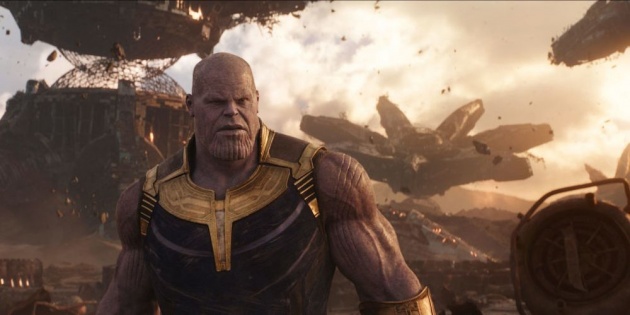 The Hulk reaches earth and transforms into Bruce Banner and he is worried about Thanos plans and conveys his feelings to Stephen Strange and Wong about Thanos' intentions. Strange and Banner bring back Tony Stark and warn him about the Infinity Stones and Thanos motives. Meanwhile, Thanos' friends Maw and Obsidian reach the earth to get another important time stone from universe-friendly Stephen and his companions.  Heavy fight ensues; however, Maw manages to get hold of Stephen and try to escape in his spaceship. Tony Stark and Spider Man follow him while rest of the team try to gather their powers and courage as they contact their fellow Avengers to inform them about the incoming danger. The Thanos companions Midnight and Glaive then attack Wanda Maximoff and Vision in order to get an important mind stone, however, the Avengers members manage to avoid the damage of this attack.

After hiding themselves from enemy, the Avengers members discuss their future plans.  Superhero Vision pledges to sacrifice his life along with mind stone in order to avoid Thanos from getting this important stone.  However, they decide to escape to another planet Wakanda to find a better solution to this problem.  Thor feels that reality stone must be saved from Thanos and he heads for Nidavellir planet to get new weapon but is unable to save himself from Thanos who manages to get reality stone.  Thanos then attacks the Guardians and catches Gamora in order to get the location of soul stone from her and takes Gamora travel to the planet of the soul stone.  When they reach the location of soul stone, he is informed that stone can only be retrieved if he sacrifices someone he truly loves. At this, Thanos reluctantly sacrifices Gamora to her death and manages to get the soul stone. 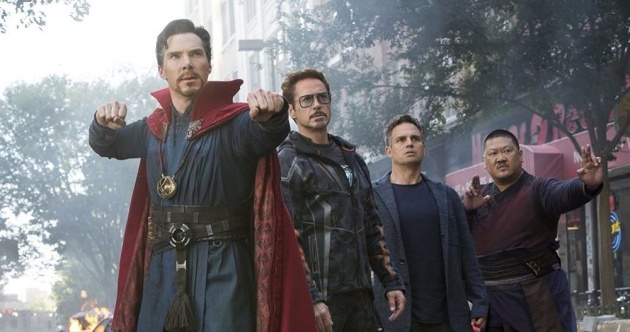 Thanos then reaches Titan planet where he encounters the Avengers team members who after a severe fight manage to over-power him.  The Avengers then attempt to take the gauntlet from his arm and also try to engage Thanos' fellow members.  However, Thanos manages to get free and then he overpowers the Avengers.  Here, Stephen Strange has to surrender the time stone to Thanos in order to save Stark. The Avengers then reach Wakanda and ask Shuri to get the mind stone from Vision without harming him.  However, Thanos' friends reach there and attack Wakanda where a heavy fight ensues.  Maximoff has to destroy the mind stone along with Vision to stop Thanos from reaching it, however, since Thanos has time stone, he reverses the time and manages to get mind stone from Vision and departs. 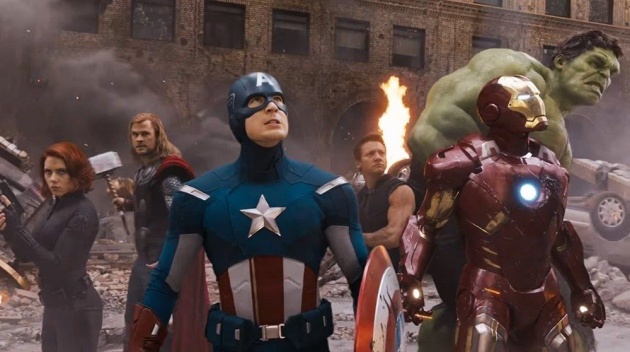 Now Thanos implement his evil plans and try to finish half of all life in the universe and people begin to disintegrate. Not many superheroes manage to stay alive because of this Thanos' evil-doing.  Now, it is time for Thanos to take rest on another planet and he enjoys the fact that he has achieved his task of finishing half of all life in the universe because he thinks it has become very much populated and finishing half of life will help universe to grow and survive.  After the credits scene, it is shown that Fury had managed to send a final distress signal to Captain Marvel before finishing which may lead to some fruition in the next film of this Avengers series, for which we shall have to wait and keep our fingers crossed. 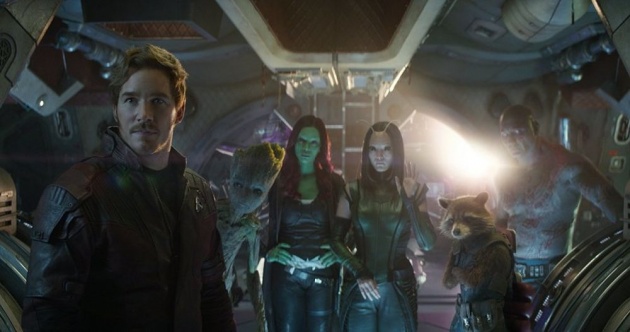 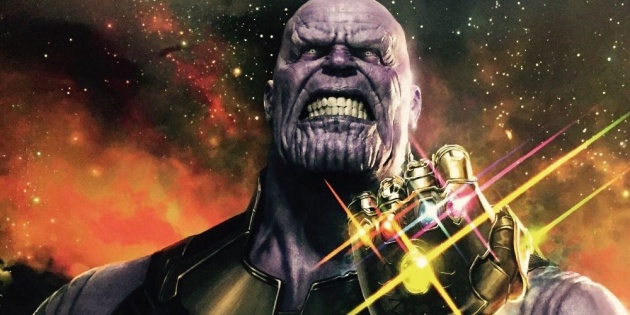 There are so many fans of the Avengers series films and this movie has not disappointed them.  This is the fact that this movie is making a lot of box office business and the reason is that this movie has provided them with great entertainment and enjoyment.  The sequences and back to back appearances of superheroes have kept the audience interested in the film throughout its playtime.  The filming, computer work and acting of all the characters have been superb in this movie.  This movie has so far made a box office business of more than US Dollars 725 Millions and still is going strong.  This movie is fantastic and the viewers will wait to see another Avengers series movie because this movie has been able to keep up the momentum and has attracted a large number of movie lovers towards cinema.   This movie is a treat to watch if you want to have a good time with your friends and family members.  Although this complete movie is full of thrill and fun and all the scenes are worth watching, one of the best scenes is appended below for your enjoyment. 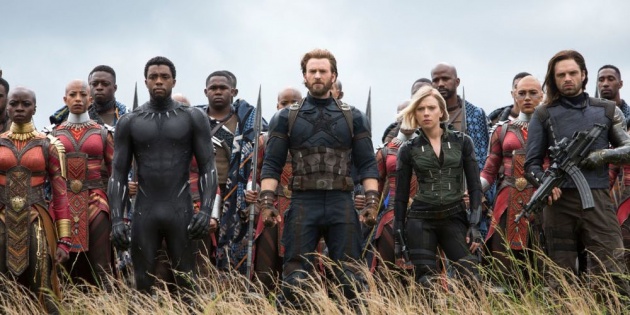