Movie Review: Can We Still Be Friends Tagalog Movie

Eight passionate years, a relationship this long may seem like perfect to others who are looking for partners themselves, who have been single for years or perhaps those who have been broken hearted and couldn't move on for months. For a woman who had been in this relationship and felt like the world is becoming toxic because of the partner, who's not making a merry life, this may perhaps instead is a joke. 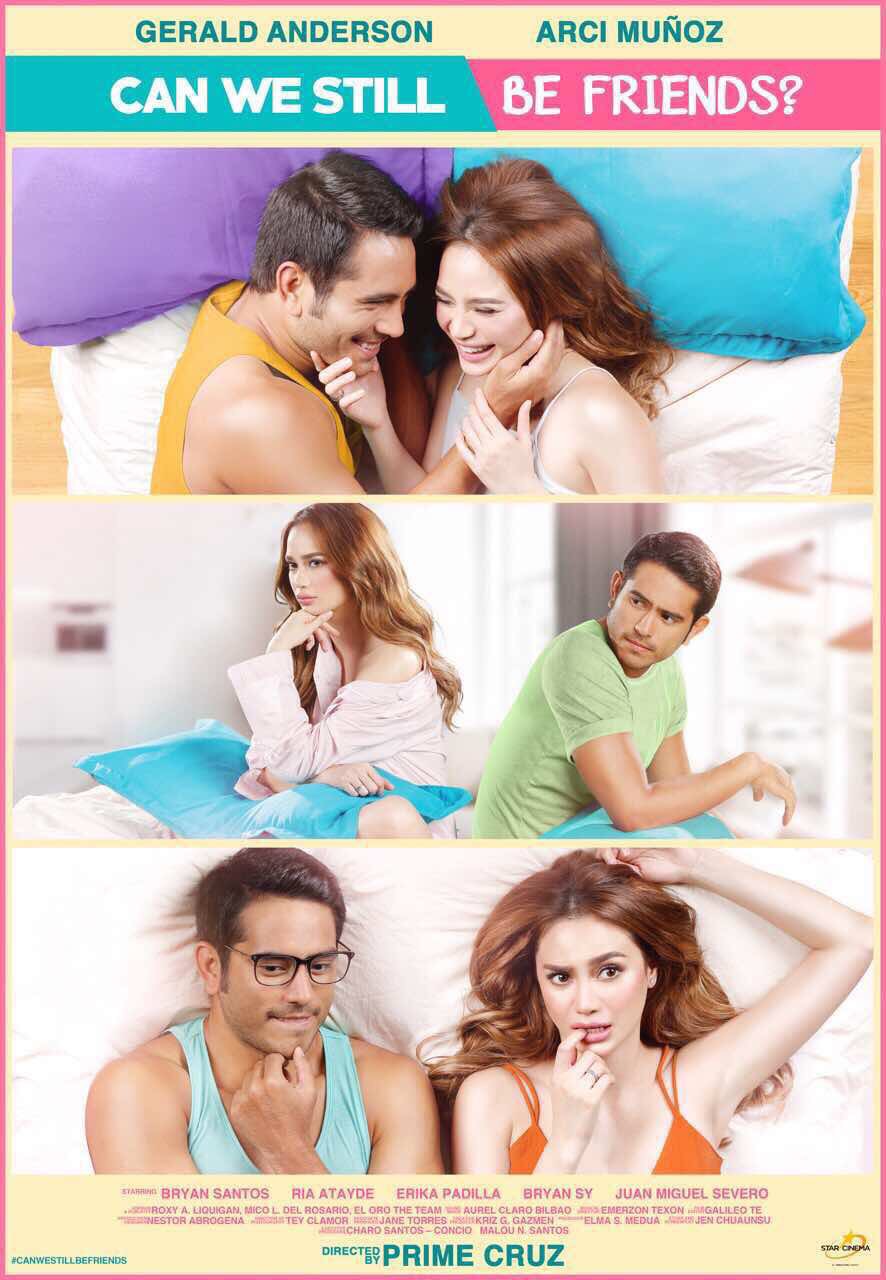 Why am I saying this? Well, this blog is about a Filipino Tagalog movie which deals with the same situation. But the question was if breaking up was really a good idea? Let's see further.

Portrayed as Sam or Rocket Girl, she found adulthood challenging, eventually got tired of working, she felt like she's the only one growing in her relationship with Diego or Digs. She wished she had the life of the other persons around her, she wished for a responsible boyfriend and her wish became true.

Played the role of Diego or Digs, Dazed Robot as how he named himself in an online game where he met Sam. He is also an artist who was still starting out his artist life, he couldn't land a job yet, Sam oftentimes finds him playing video games as past time. Digs just want to make Sam happy even to the point of letting her go.

Sam and Digs have been in a relationship for eight years, they first met on an arcade eyeball and the rest was history. They were gamers, child-like in nature until they came to a point in life when they reached adulthood. A point in life where there are bills to pay, house mortgage to be settled and issues at work to fix.

Adulthood came and while both parties were expected to grow as adults but the problem was, Sam felt like she was the only one growing, she felt that she's being robbed out of happiness because of how Digs is being immature, irresponsible and childish. She came to a point where she had asked if she still loves him if he's still the guy he wanted to be with forever.

Then came a point where she's comparing her life with the almost perfect life of her colleagues Emmanuelle, the girl who seem to have all the things in life, with work, she got the project she worked for, she got promoted to a higher rank in the office, she has a sweet guy who fetches her and even proposed to her in a very unique way. For Sam, Emmanuelle looks like she got everything in life while she's only had to endure the misery she's experiencing because of her boyfriend.

As the Tagalog movie progresses, Sam got filled up with all these self-pity, she could see all of Digs' imperfection, no job, no money, no plans! They went into the break-up stage. At first they were living in the same condo house but later on, Digs decided to move out and the twist of the story came.

Digs and Sam, each of them were single and ready to meet with other people but there was something between them that they can not admit, that they still love each other despite the distance. With the space between each other, Sam realized how she's so natural when she's with Digs, that although she's meeting with a man who seems a perfect one for her, with stable income, travel bug, responsible and also pleasing, she can't imagine herself with another man, but only with Digs.

On the other hand, Digs was putting things together for himself, for his future. He came to a point in life where he had finally found a job, she matured.

In the latter part of the movie, both parties realized their shortcomings, their imperfections and their need for each other. Digs set up a way for the two of them to meet again, it was like starting all over again at the same place where they first met back a decade ago.

Love Lessons from the Movie 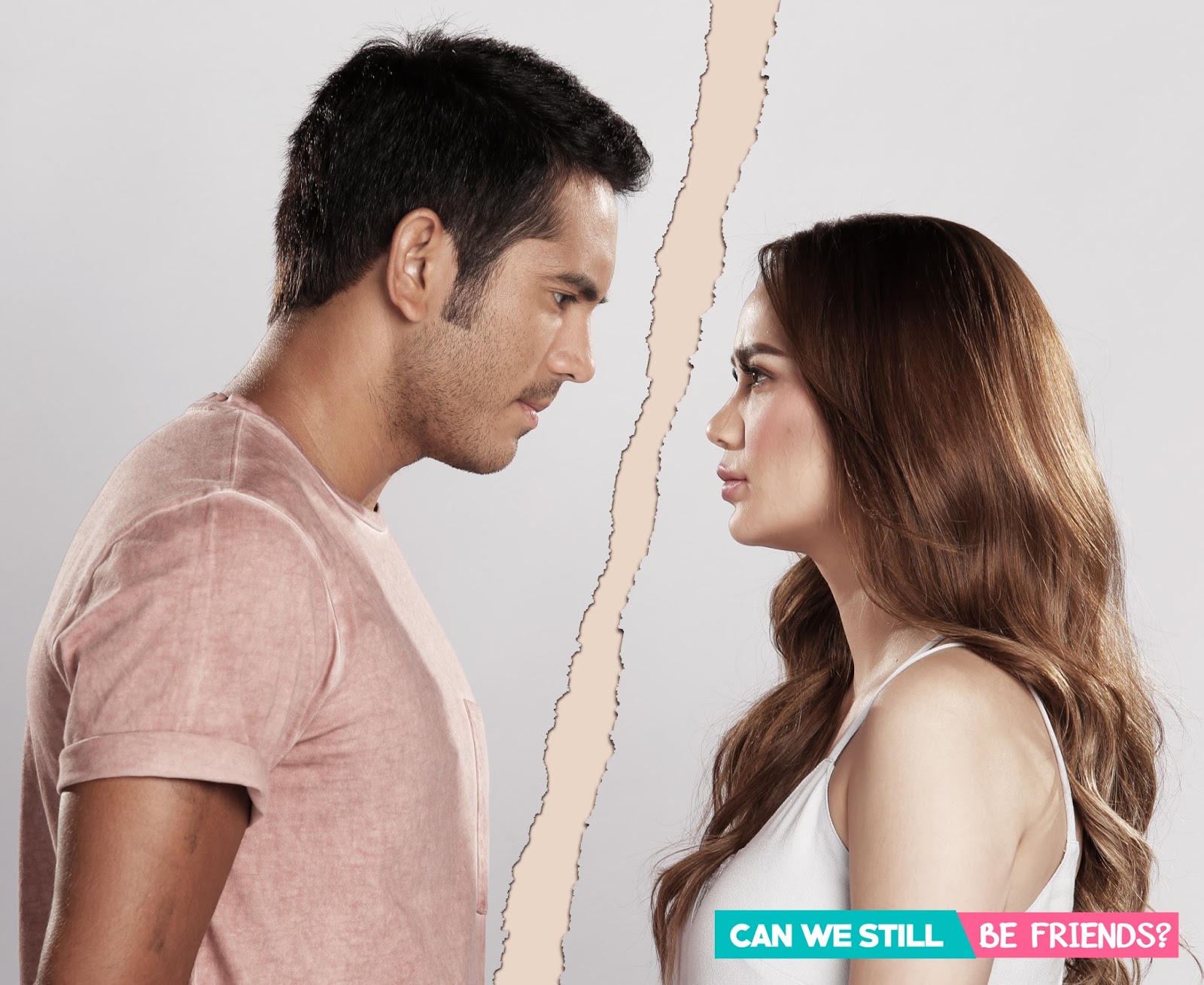 I believe this Tagalog movie is very applicable in a lot of ways to the current generation. Young ones meeting up because of online games and online dating sites, that they felt they are good for each other so they ended up living together but then after years of staying, of not monotonous life, one way or another, one of the parties will felt that there's something missing in their lives. This was what had happened to Sam and Digs' relationship.

While we know that in life, love is not just enough, most especially when you are living together, more importantly when you are not yet married. So there's a tendency of issues on money, happiness, this and that rules inside the house and a lot more. Even the tiniest issue becomes a giant problem because again, a relationship requires more than just love. 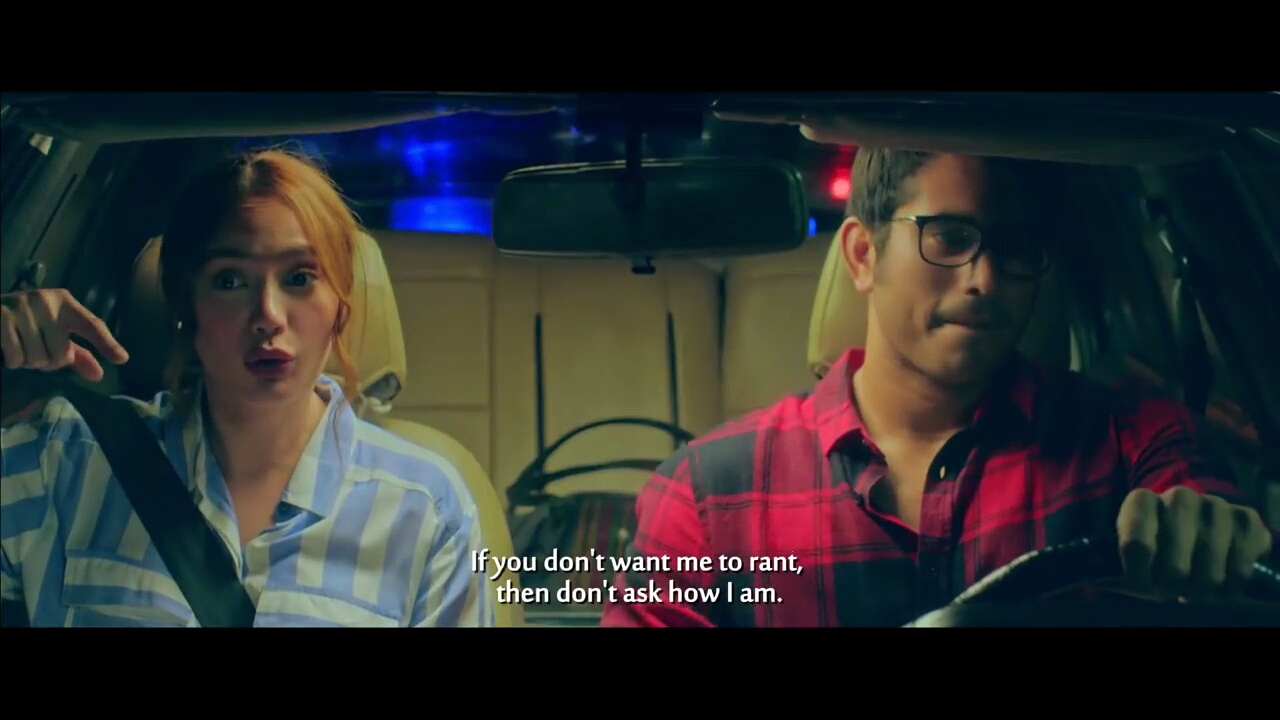 For me, the take away from Can We Still Be Friends Tagalog movie is that It's stupid to demand perfect life and love when in a relationship. We can't demand our partners to do what we wanted, what we require and what we thought is right in our mind. We can't be like robot operators who can control the other person.

At the end of the day, there's no such thing as perfect. Love is about choosing. Choosing to forgive, choose to accept the other person's flaws and imperfections, choosing to love despite the circumstances, choosing to let go of the bad things and embrace what's good in each other.

Was it a "and they live happily ever after" type of movie ending? I bet not, but I do believe that they had learned from their mistakes and definitely became better individuals this time to fully appreciate their relationship and blossom together in love.

At the start of the movie, I felt the writer and director had a bad sense of humor, the scripts were a little bad, at least for me, don't get me wrong, maybe I just can't relate much to the first few scenes but as the movie continued, I soon found myself getting closer to the main point of the movie.

It didn't contain any explosive emotions, even the casts seem a little boring and there were instances where I can feel they are just acting and not really giving the characters justice but later on, I realized it was all because of the moral of the story.

But I liked the Can We Still Be Friends Tagalog movie best in the latter part, the progress was slow but it was actually building the narrative and eventually made me understand that there's a good ending to this film. I am rating it 6 out of 10.