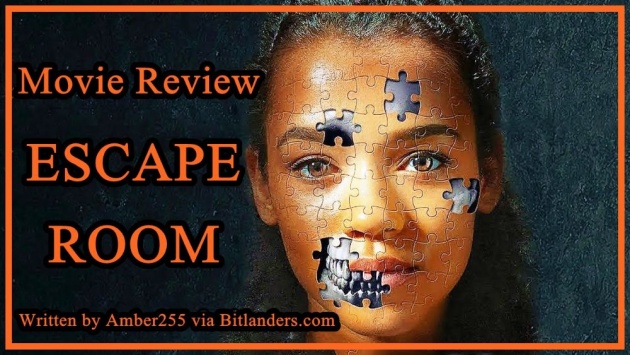 Adam Robitel just a year ago frightened the most loyal fans of Insidious with the last part The Last Key. This time, he decided the ghosts to change into deadly rooms that equal such movie as the  Saw - sci-fi drama ESCAPE ROOM.

And while the filmmaker, who cannot praise having a good movie in his career, does not raise a trust, releasing his new work in early January, has one trump card - an attractive looking script that should attract people who already have tried the world's most popular escape rooms.

I must say that the people locked in the room are far from the most original script for the mystery film genre, and the puzzles in the confined space, the solutions determining salvation or death, is also a well-known template.

It's like the filmmakers themselves were locked in an escape room with no way out. At least, in the end, it's true to the film's premise. "Escape Room" is trapped.

So what's the trick of movies about quests and escape rooms? Yes, such entertainment has become a part of the mass culture; if not by half, then a quarter of modern young people visited such escape rooms. The escape rooms appeared even in small towns, and in the megalopolis, they are countless. This allows the viewer to get close to the hero - after all, on the screen are not some inhabitants of an abandoned mansion, not researchers of distant planets, and not the last survivors of a zombie apocalypse, but simple guys who have fun as we all do.

So, let's watch the ESCAPE ROOM!

Zoey, Amanda, Mike, Denny, Ben, and Jason didn't know each other. They never were familiar or had any deals with each other. Unless everyone was somehow dissatisfied with own life. So, one day they all received a mysterious black box-puzzle calling for an ultramodern new escape room whose winner, who will solve all the tasks, get an award of million dollars.

It is a game where every wrong decision, unnoticed hint, and unnoticed detail means not only a potentially lost of million dollars but also the death of someone of the players. 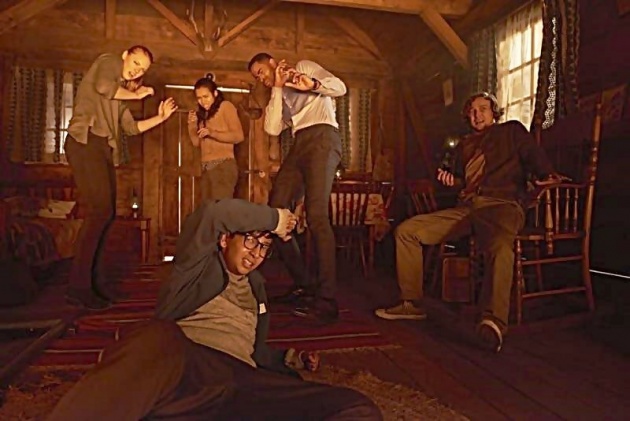 Rare of us have not been in the escape rooms, which offer truly intelligent and attention-focused and logical entertainment. That's what the Hollywood producers have thought about having a generous thought on their head - to create a thriller on a bringing death escape room.

Obviously, they apparently did not remember that we already have the fifth Saw where the plot has a very similar principle as in this tape, as well as the cult Cube with a very related trap. If to use Google Search for searching Escape Room, we get to know that in 2017 some Will Wernick had already created a similar kind of movie. Of course, he was worth nothing, but it's not the essence.

That's why I was very skeptical about this new Adam Robitel movie. And not only because everything that we see in the anons of the film, is associated with the cinema projects already mentioned, but also because the premiere of this film all over the world took place on January 4th. Who does not know, at the beginning of January, Hollywood film studios always release the biggest cinematic debris that no one believes?

There is even a joke that if a horror thriller with child censorship appears in the cinema at the beginning of January, it is better to bypass it because it will be a pity for your loss of time and money. But, of course, we can find some exceptions to this rule that will pleasantly surprise us. Unfortunately, just not in this case.

The whole story of this film revolves around six young people who have some sort of secret.  And obviously, when it turns out, the viewer just has to jump out of the chair and say that it was a very crafted twist. No, unfortunately, it was not a masterly twist, but another attempt to diligently copy the well-known David Fincher's movie The Game.

Therefore, in general, we get a very unsightly survival thriller, which is able to create a sense of tension in just a few scenes just because of the attractive looking traps. Everywhere else - the bottom. Even the dialogues between the characters are so dull as if they were written by a man who woke up from a coma.

However, the dialogues are the same as the characters. Right? I think it is a truth. Looking at the heroes we were presented in this film, I remembered an excellent satire of this kind - The Cabin in the Woods, which appeared in 2012. There was made the laughter of all the clichés of the youth in horror movies. The only difference is that such horror films or thrillers usually have one or two idiots, but in this case, each of the characters who appear in a film is a kind of fool.

Their deeds and their inability to make dialogue, and phases, said not in the right place and in time, make us feel uncomfortable because when we should smile, we squeeze our lips out of despair to listen to such nonsense. As a result, we get not revealed characters, but just not interesting characters by some clichés. For example, the innocent, the prostitute, the intelligent, etc. Although I said too well about intelligent one.

The film is very primitive not only from the storyline or the heroes but also from the censorship side. Imagine you are going to watch a movie about deadly traps that should frighten you so that you feel the helplessness of characters and the wish to solve the tasks entrusted to them as quickly as possible. And you get a soft-looking entertainment that does not happen anything macabre. Just like watching a movie from Quentin Tarantino and instead of bloody scenes, we would see dance in the rain in a poppy field created by Bollywood.

As I have written above, there is tension in the film, but it is not enough. And everything because of the heroes. When it is difficult for the viewer to identify with the characters, to feel them, the tension decreases to a minimum, because it just doesn't matter how, when and why one or another character will die. Unfortunately, I can't spoil, but the final act was worth the Golden Raspberry because of the impotence of the scriptwriter.

The only plus is that the film does not look too long although it is idiotic and has no elementary logic. But I doubt if I would agree to watch it again. It's cheap, in the true sense of the word, a copy of Saw 5, just without blood and suffering.  So if you don't have any big expectations and want to waste a few hours of life doing nothing, this film will fit you. 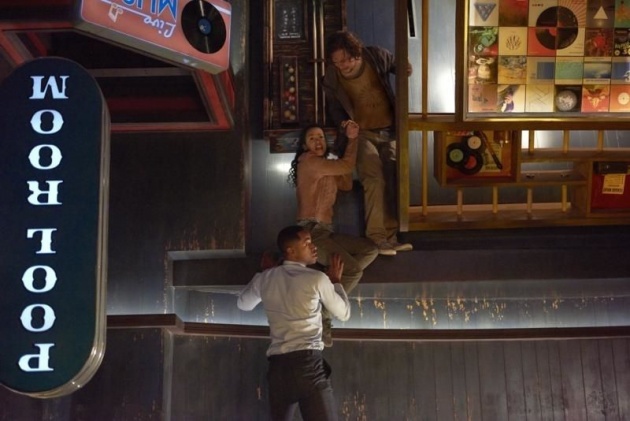 The Roles Of The Movie

Whereas this is a cliché film, so are the characters - most cunning Zoya (Taylor Russell), a cool guy (in this case a war veteran) Amanda (Deborah Ann Woll), a loser Ben (Logan Miller), a scholar Danny (Nik Dodani), good-hearted Mike (Tyler Labine), and a mysterious Jason (Jay Ellis). 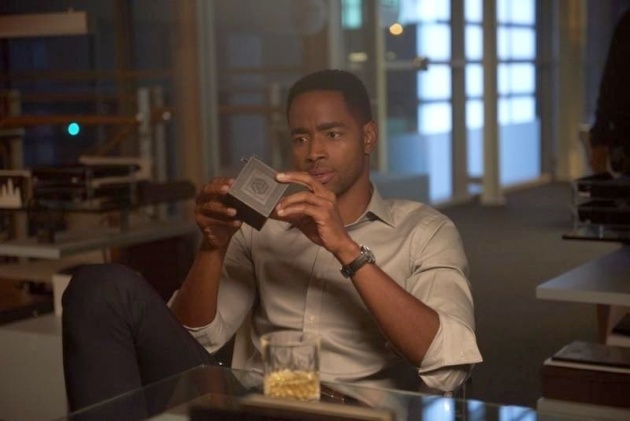 They all have secrets that are intermittently added to the film's storyline and is displayed in short flashbacks (short stories of the past). And this slightly improves film's quality and allows you to feel the sympathy of some movie characters.

In short, the characters are not revealed, and they do not attract the viewer.  We do not feel any sympathy for them, and that is bad - this is a bad performance. 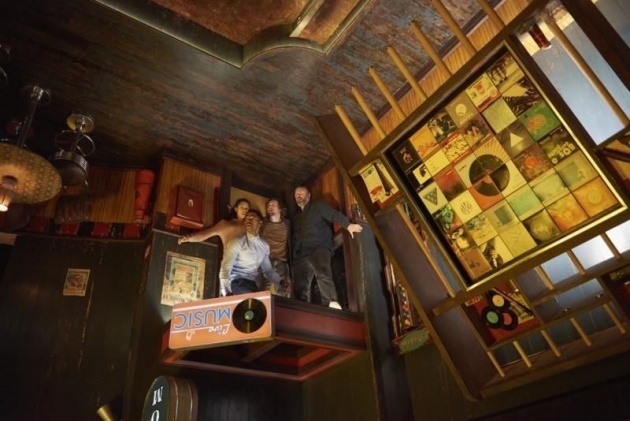 ESCAPE ROOM cost just ten million dollars, but it looks enough good on the visual side.  The trap looks ingeniously and qualitatively, and the rooms with all the details are also able to attract attention. There are also effects here, but they are very visible to the naked eye, so the CGI's intervention in the process of creating this film can be predicted instantly.

I liked the sound and its editing. In particular, it worked well in delivering and executing new tasks.  The film also boasts a good soundtrack that was the only one trying to create a tense atmosphere.  It is unfortunate that the plot was bad, due to which the tension was not fully maintained to the end.

The camera work is the only one of several positive aspects of the film to which I have no reproach. Scenes are shot accurately and dynamically, but when the screen is unconscious, even the world's best operator would not be able to create a miracle.

Video editing is chaotic and sometimes unpleasant for the eyes. But already going towards the end of the movie you reconcile with that and waiting for a great finale. Which is clearly disappointing, but the finale is a finale. 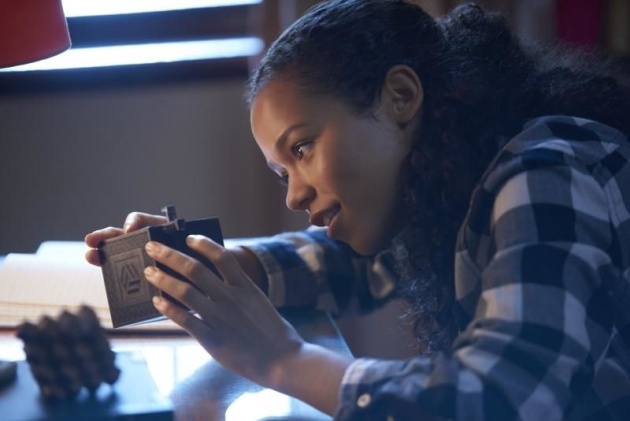 Actors. What the actors here? You know, I don't want to reprimand the actors in this movie, because it's just not the kind of film to focus on acting. No matter how cheap it is.

Famous faces include the star of the Daredevil series Deborah Ann Woll, mostly comedy actor Tyler Labine, Logan Miller who played in a perfect 2018 film Love, Simon, and Nik Dodani. All of them had not any special abilities to attract the viewers to their characters, but they were not as tragic as their colleagues.

The actors in the film failed to convey the fear of death traps, lacked logic in the dialogue between the actors as well as the actions of the actors were very boring.

ESCAPE ROOM - a primitively dumb film demonstrating outrageous acting, but still watchable entertainment which in a sufficiently aggressive way doesn't hide that copied the storylines of the well-known movies Saw 5 and Cube. If you expect a tension and horror cocktail, you will be very disappointed.

The tape is not particularly in a hurry to create tension, and it's a minus of this movie. Actually, the lack of sympathy for the characters makes a strong claustrophobic desire to leave the cinema before the start of the final titles. And for the sake of justice, I want to say that I stayed and watched to the end because wanted to see how it would all end. And, of course, I did it because wanted to write a review of the ESCAPE ROOM.

This niche is practically free in my opinion so far, so the viewer can be shocked with little effort, just needs a little creativity for creating an attracting script.

Anyway, the viewers, if they dare to watch this movie, will get one important lesson - when a group of people, even if they are unfamiliar with each other,  gets into a difficult situation, only a collaboration saves them.

If you've ever watched a Saw movie and wished there was no gore and a few more puzzles to solve then you'll likely enjoy this tropey but fun flick.