The filmmaker Thomas Vinterberg is well-known Danish filmmakers thanks to his excellent drama Submarino and the emotional and ultra-modern cinema masterpiece The Hunt. And now, after a two-year break from his last film The Commune, the director decided to return to the cinema with a world-wide tragedy in 2000, the perpetrators of which are not punished up to now. The film is named as submarine - KURSK.

It came to our cinemas in the middle of March, so remembering this tragedy, we went to watch the movie.

It’s a heartbreaking, troubling film about men whose lives were cruelly deprioritised and whose families remain ever altered as a result. It ends on a note of melancholy but the burning anger also remains, the final scenes tinged with a painful awareness of wounds that may never heal.

The scenario for an unforgettable story about the tragedy of the ship Kursk wrote Robert Rodat nominated for Oscar for the Saving Private Ryan.

This year, Thomas Vinterberg once again going the same road and tries to sail to wider waters with an international team of European actors. This time to the Barents Sea, wherein 2000 In August, the submarine Kursk, known as the undersea ship, sank.

The Short Story Of the Movie

On August 10, 2000, one of Russia's largest submarines, Kursk, sailed to military training in the Barents Sea. On the 12th of August, in two minutes interval, two explosions destroyed the ship, and 23 seamen out of a 118-man crew survived.

But not everything is lost yet. The neighboring countries reacted to the tragedy whose leadership wanted to help rescue alive people. Only will the proud Russians accept the aid? That's where the key question was.

However, due to the slow reaction of the Russian government and the reluctance to accept foreign aid because they wanted to protect military secrets, the worst fate awaited the survived seamen who fought for their lives till the last minutes. A week later, the Norwegian divers, who finally entered the Kursk, did not find the alive people there. 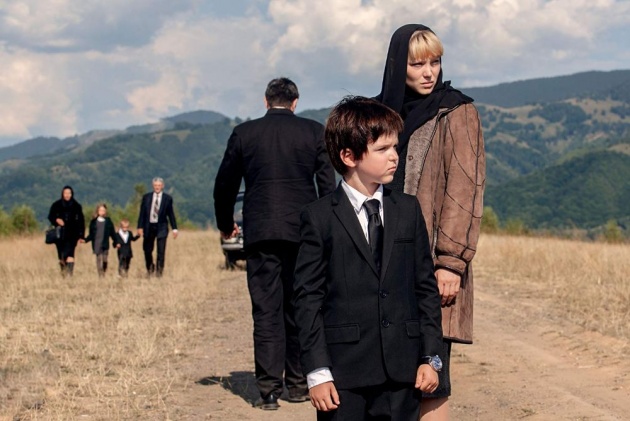 In 2000 August 10, Russian pride - the Kursk submarine - joined a large-scale military training in the Barents Sea. Only a few ships were allowed to carry a full-bodied weapon, and Kursk was one of them.

On August 12, something caused two powerful explosions of 4 points on the Richter scale which the fleets from other countries capture d too. Kursk's missiles were filled with obsolete hydrogen, which requires special caution and care, and already were not used for 50 years in the military industry due to the big risk of the accidents.

Out of the 118 Kursk crew members, after two explosions, only 23 survivors were left alive.

Norway and Great Britain, whose ships were close to this place, offered their help to Russia immediately, but the Russian leadership delayed to respond, and Vladimir Putin, just three months ago elected as a president, did not hurry to return from the vacation.

Finally - and this only happened after 5 long waiting days - Russia agreed to accept the help of the Norwegian divers, but the rescuers already could not help the crew of Kursk. 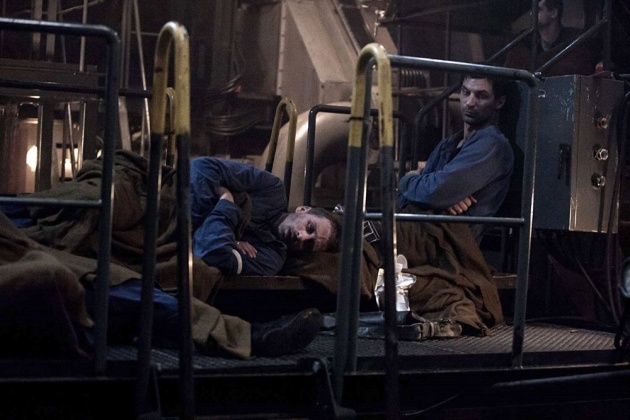 With a stunning and shocking The Hunt, Thomas Vinterberg instantly became a filmmaker whose films have been particularly welcomed by film experts and film enthusiasts. Apparently, this is one of the important reasons why we waited for this movie. Because as soon public got to know that after The Commune, Thomas Vinterberg's new work would become a true story based on the tragedy of the submarine Kursk, the project immediately received some excitement from critics and clear criticism from the Kremlin.

Only is it a political film? I could not describe it so because the aim here was different - to give real facts about the tragedy, not to deliberately blemish the Russian government for an event that cost lives for nearly two hundred people.

Therefore, the key accent in this whole two-hour story focuses on ordinary people and the most difficult moments of their life. 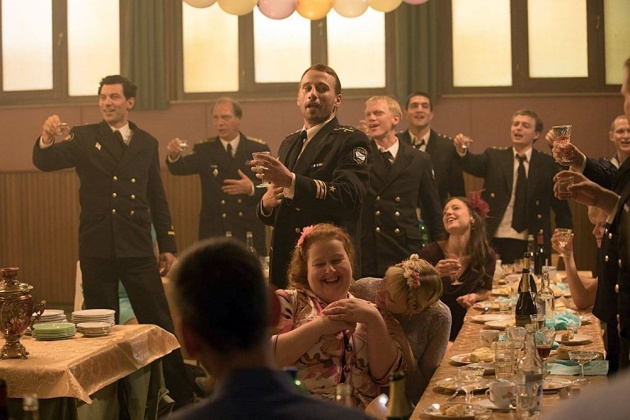 The whole movie divides into two stories - one from the submarine and the other from the land. The history of the submarine crew is not only shocking, but it is also presented so that while we are sitting in a warm cinema, we could not only understand the mistakes of the sailors but also identify with them with the darkest hour of their lives. And that, in my opinion, was the strongest moment of this film that dragged the story on its shoulders.

Because I could not say the same thing about the action from the land. The film just repeated the same thing - a bit of bureaucracy, indifference of power and a variety of important military officials, and the effort of ordinary people to find out how their relatives feel.

The action itself looks prolonged, so you can feel boredom from time to time. Especially because this story happened not so long ago, and it could be read in newspapers and watched every rescue operation maneuver through the Media. 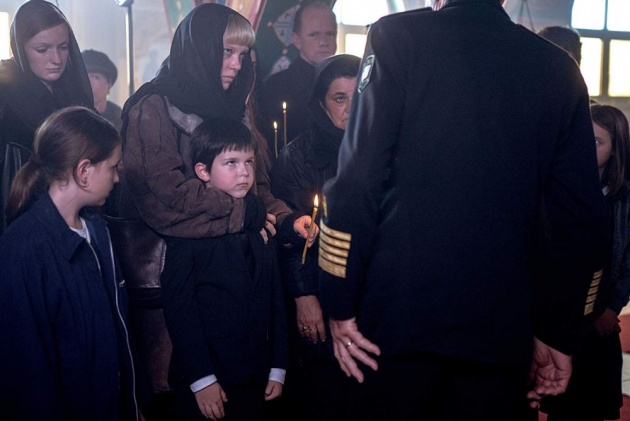 The articles that advertise the film quotes the creators of this film who claim that they wanted to show not the Russian version, but how it all happened. And there is some problem here. There are no alive survivors of the tragedy - of course, there are their loved ones, perhaps the officers who have taken decisions of criminal inaction are still living.

However, the film is based on the American writer Robert Moore's book A Time to Die: The Untold Story of the Kursk Tragedy - a man who was not there, not survived, inexperienced, and like the rest of the West, watching everything from a safe distance. So that gap, that sense of licking honey through the glass does not leave you, and therefore, the film not succeed in convincing by nothing - the desperation of the sailors, neither the indifference of the government nor the desperate prayers of the relatives.

On the other hand, the Westerns are condemning and feel the horror of what has been done in this situation. How it is possible to leave your citizens to die when they could save them; one of the most important and unquestionable values - human life - for some principles and military secrets were not saved. And this is a normal reaction. 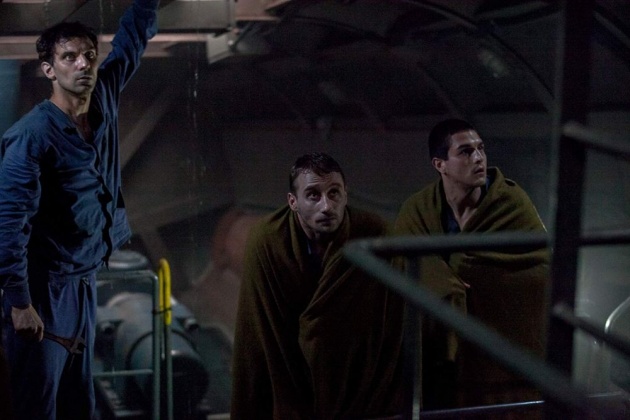 However, Westerners do not understand this tragic that human life in that country is not a priority and there are still some higher goals. So the most appropriate reaction here should not be the demonstration of horror, indignation or condemnation, but the panic - stiffening, paralyzing, breathtaking panic. The perception that you are confronted with a giant bulldozer of indifferent power, against which you find yourself as a helpless beetle.

With this in mind, I wanted at least some unusual narrative solutions that could further illustrate the tragedy presented.

Unfortunately, this did not happen, and we finally got a sterile drama about people and injustice, which usually comes from those who have too much power. 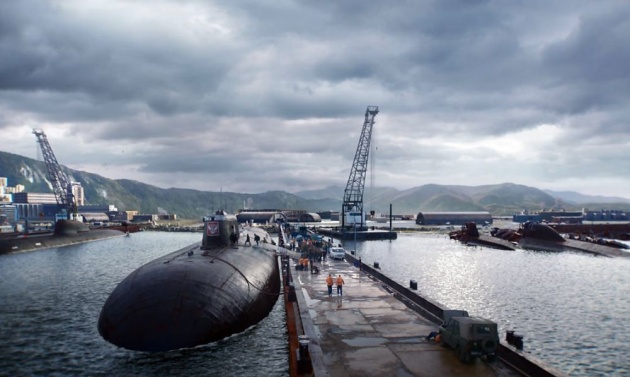 The Characters Of The Movie

In the action from the land, we see the characters not completely worked out that raise for us absolutely no feelings.

The main female personage of the film, Tanya (Lea Seydoux), who repels by her actions, cold communication, and blurry character, which causes only enormous antipathy to her. It is impossible to see her excitement and love for her husband in the film, who, along with other misfortunes, is fighting for life on the bottom of the Barents Sea.

Of the men' part, the most devoted and raising to viewers at least some human emotion is Mikhail Averin (Matthias Schoenaerts), who tries not to lose his common sense and to come up with a plan. It was so sad for me to look at this man who, knowing that he would soon die, was trying from the last strengths. 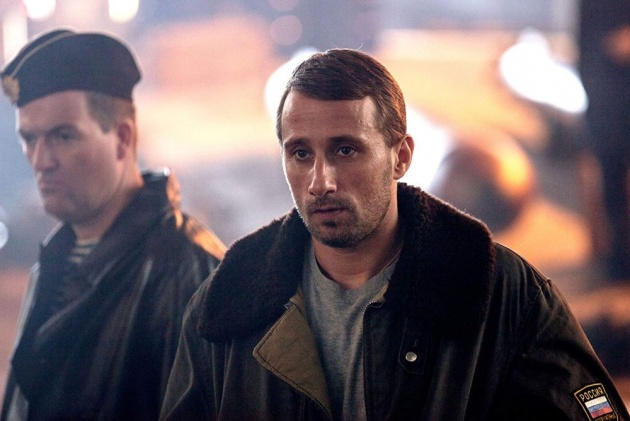 Also, the positive feelings in the film cause Commodore David Russell (Colin Firth).  He sincerely wants to help the Russians.

We can feel hatred to Russian Admiral Vladimir Petrenko (Max von Sydow). A disgusting type that is presented at the end of the film as a traitor.

But in the whole, these characters I mentioned were presented in a very standard way - bad or good, so they didn't raise any deeper thoughts.

Technical Side Of The Movie

The artistic design of the film lefy not so bad impression, and the viewers were given a very authentic view not only on the time shown but also on the Russian way of life. People's clothes, very real make-up of injured and frozen faces and locations where the main action took place convinced.

The film also used special effects that, in certain episodes, let the viewer together with the crew of the submarine Kursk to experience a nightmare.

The work of the camera was not too surprising, although in some places the dynamics and the wish to create tense moments on the scenes that demanded it, were seen. Therefore, the picture does not cause any dissatisfaction.

The music in this band has turned out to be very depressing for me, and even from time to time, it brought to the desperate. And those sounds related to Russian culture have added a lot of charm to create a common and very cold atmosphere.

Sound editing is wonderful everywhere where it showed a view from the submarine. Video editing - as if it were some TV-level movie. The image seems sometimes extended, sometimes cut at the most important moments. And the transition from one scene to another was similar to the script of a series.

I could say that one of the greatest pluses of this band has become a team of very talented actors. It is unfortunate that their huge potential has not been fully exploited.

Matthias Schoenaerts, who has worked with the director at the amazing drama Far from the Madding Crowd, and French Lea Seydoux, who in recent years has been very careful about his roles have played key roles in the film.

But no matter how their duo is talented, I didn't see any spark and any common chemistry that would make us, viewers, worry about the fate of their embroidered characters.

I could also say the same about Michael Nyqvist, Colin Firth, and legendary actor Max von Sydow who appeared on the screen episodically. 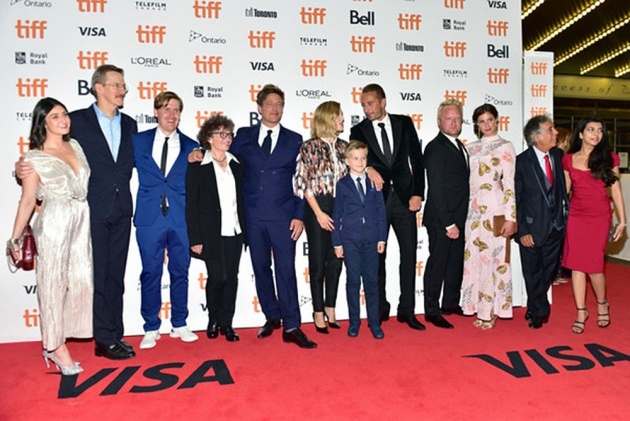 KURSK is a somewhat superficially narrated film by Danish director Thomas Winterberg causing unpleasant feelings about one of the most remarkable events happening two decades ago. The film's focus is not on the tragedy itself but on people who had a very close relationship with it.

In the whole, it's not a bad movie. Really not. But it is not a film that is able to shock or give a lot of pabulum to contemplation, as it was with the drama of director Thomas Winterberg in 2012 about the wrongly inflicted pedophilia scandal. Therefore, I feel a bit disappointed and wait for the new works of this great filmmaker, which I hope will be much brighter and less superficial than KURSK.

So, the film worths your attention unless you want to remember (or find out) what was going on in those sad summer days of the 2000s.

However, if you miss this movie, you won't lose much important - most likely, the film like the unfortunate submarine will eventually fall into the ocean of oblivion.

Kursk is a captivating and heartbreaking look at how a government let its people down.