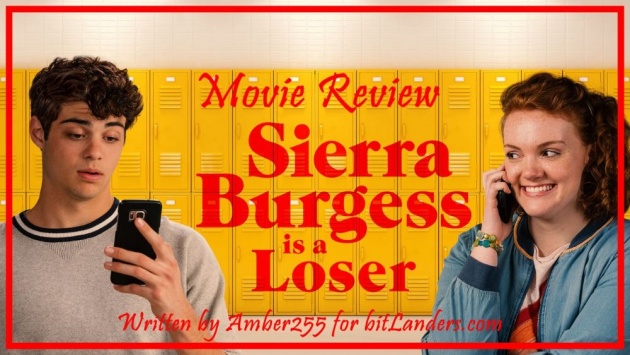 The film with the unusually interesting title SIERRA BURGESS IS A LOSER is what attracted us to watch it one evening. And the subject of school everyday life and adolescence is not losing its relevance. Even if I am not at this age anymore, it's still funny to remember those years and compare my friends with film's heroes: its actions, thinking, worldview, and so on.

And now I see this film is added by IMDb to its list of 50 best movies of 2018. So, here is my SIERRA BURGESS IS A LOSER review.

Beyond its aspects of romantic comedy, Sierra Burgess Is A Loser offers an authentic examination of identity in the confines of high school stereotypes.

Last year, Netflix pleases viewers with the release of the second teenage rum in the last month. And if To all the boys I've loved before has already successfully rested on its laurels as a favorite film for many, then SIERRA BURGESS IS A LOSER remains in the shadows for now still.

The story of Sierra Burgess is a very relevant topic for now. People are used to idealizing images of beauty. But what if you do not fit into them? Then you become an outcast mocked by other teens.

Sierra Burgess (Shannon Purser) is a loser, and in her life, there are always some difficulties.  To the jealousy of others, she has high intelligence. Troubles almost always arise because of her appearance, which differs sharply from those generally accepted in school.

The girl has rather coarse features of the face, not to mention excess weight and a disproportionate figure. Surrounding people are often unfair to Sierra, condemning her appearance and not trying to understand the thoughts or motives of the girl. The heroine has become accustomed to this attitude since childhood, thanks to which a kind of immunity has been developed - she does not react to the insulting jokes of other teenagers. 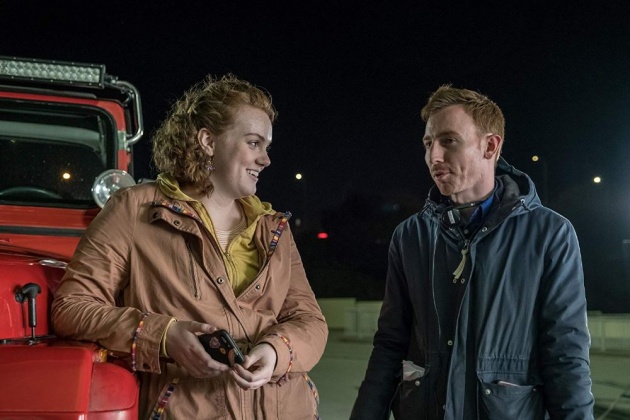 But at a certain point, problems still arise on this basis. Sierra meets on the Internet with a guy with whom she falls in love even before she sees his face. When Jamie offers to exchange photos, the heroine sends him a snapshot of the most popular schoolgirl.

It becomes the first step not only to love but also to an unexpected friendship. 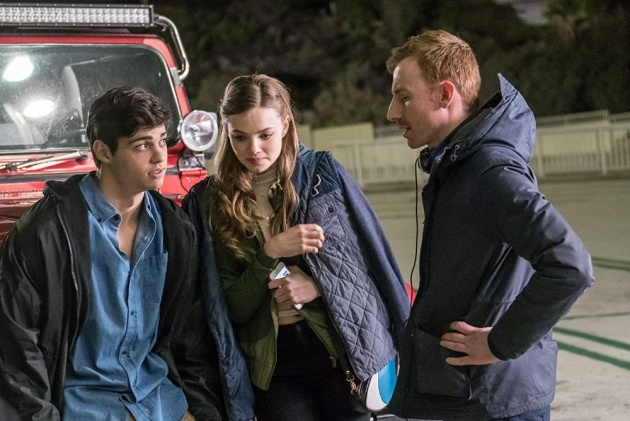 The film about first love: SIERRA BURGESS IS A LOSER - Photo credit:topsimages

You probably already understood that it's teens film. About teens at school. And what a miracle, this is not a film about teenage cruelty. Not at all; it is a film about such a strange and unpredictable female friendship.

The film raises important questions for teens, helping to come to the conclusion that for the sake of wanting to please others, you do not have to change yourself - it is necessary to learn to accept own shortcomings and peculiarities.

The plot, as in most cases, when watching, may look like déjà vu. Most teens films are built on cliches à la: loser + friend loser + popular bitch who is not quite a bitch + mega cool guy + tons of lies = viewers love. This technique has worked for many years now. Here the viewer does not see any fabulous transformation. This film is a manifesto of self-love, and perhaps a certain amount of charm of the film is lost from it. This is not a fairy tale, but life. But is such a finale real? - I do not think. 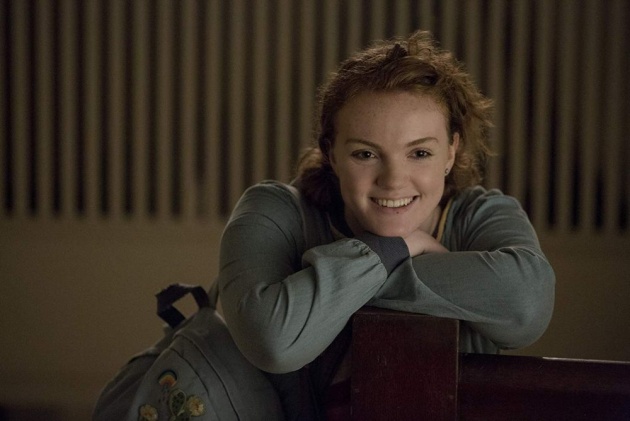 We have to understand this by the example of the main character.

The absence of sexual and any other dubious humor becomes quite unusual for any modern love comedy, but here, this is perceived positively and turns SIERRA BURGESS IS A LOSER into a good, kind, and optimistic film.

However, there is little that can generate genuine interest in Sierra, unless, of course, you are fond of the atmosphere of American high school with nerds, cheerleaders, and rugby players. It seems that the study of the personality of a person seeking to hide his true nature, first behind the mobile phone screen, and then behind someone else's appearance, quickly fades away. 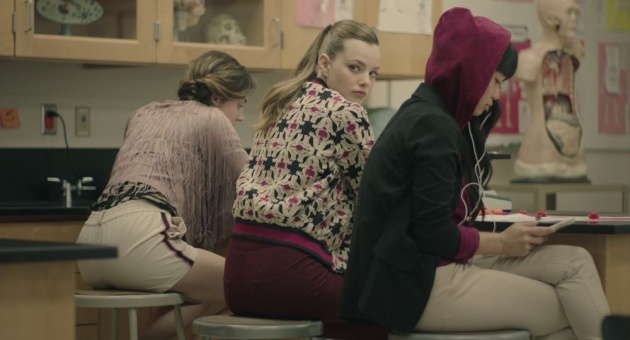 The direction, which seems to be promising and somewhat breakthrough, is quickly exhaled because the script is too zealous to throw its characters in extreme situations. If the first part feels real, then the further, the events in the SIERRA BURGESS IS A LOSER are more and more insane. Things get really bad when Sierra first meets her Internet sweetheart for the first time. Each anticipated conflict quickly fades or pushes ever more actively to a predictable outcome.

And although the story is trying to be faithful to how young people interact with each other, closer to the finale, they show their essence - these are only dull mannequins borne by the poor image of writers, not real teenagers. 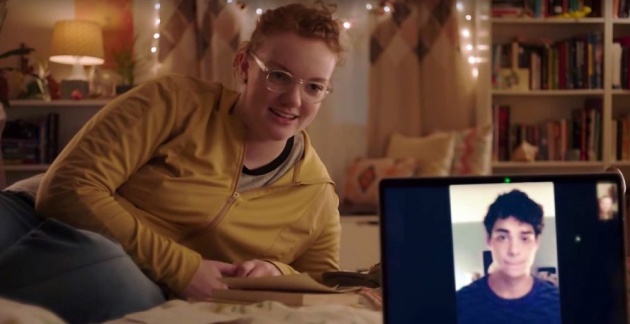 The attractiveness of this project is based on optimism and even realism, but in trying to make the script too good-natured, everything eventually rolls into the pink snivel.

I did not notice anything outstanding in the film, although the relevance of the topic was at a high level. Unfortunately, despite all the attempts of the screenwriters, the end of the film reanimates the familiar story of Cinderella and the prince. As a result, Eighth Grade and even Pretty Woman seem to be much more consistent statements about the problems of accepting yourself. 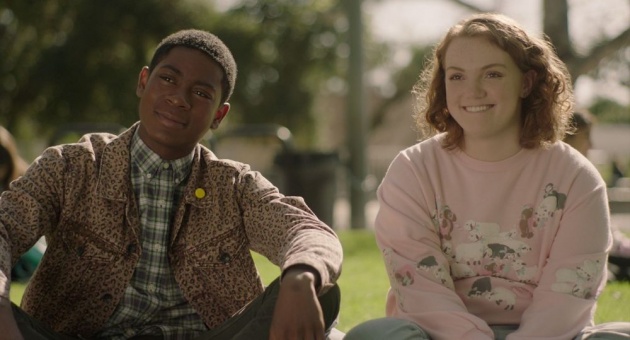 The Characters Of The Movie

The example of the main character, who tried to find herself subtly revealed the overweight problem, self-doubt, and reticence. It was easy to watch the development of her character and actions, making mistakes what only reinforced this image.

It's good to be a smart and talented girl in 16 years' age. But it's bad at 16 to be smart, talented, fat, with red hair, and teen pimples all over her forehead. I would even say the situation is almost hopeless. But, to this bouquet, as a bonus is added a wonderful sense of humor.  It helps the mistress of all these advantages and disadvantages. 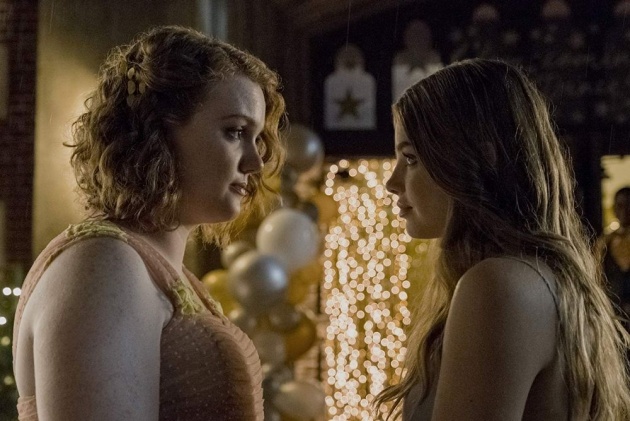 The main character Sierra is not at all an ordinary fat girl who reflexes because of the bullying. She is erudite, witty, able to stand up for himself, but makes mistakes. Such a mistake was the correspondence with a nice guy. Innocent messages turn into an avalanche of lies and comedic acts. That's because the heroine decided to pretend to be a more popular classmate.

Inner beauty is what Sierra has. If you feel it, then you will learn about her huge soul, hobby, in which she is very strong, as well as marvel at her excellent humor and mind.

Each character is given a chance at failure and redemption, which is what makes “Sierra Burgess” feel like such a well-rounded world. The smart script and butterfly-inducing romance captures those sweet moments of falling in love — whether it’s with your crush, or even better, with a friend.

By the will of this situation, the girls (Sierra and Veronica) completely different at first glance merged. Any of them are not happy with this duet, but Sierra, like Veronica, has its own benefits. As a result, anyone will get a wonderful task that will change the lives of both.

The other characters are not typical too. The bitchy beauty Veronica (Kristine Froseth) reveals a family history, conscience, and desire to work on herself. And the main object of love Jamey (Noah Centineo) is not at all a dull boy, who hides a much more worthy candidate. He is a tactful romantic who doubts himself and is afraid to use his sweet appearance. 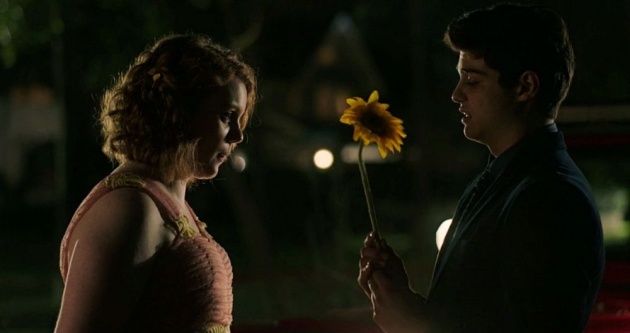 Be sure that after watching, your playlist may be filled with some new great music.

In such films, there are not very much what to say about the technical side. It's very simply filmed, no action, no special effects, just teenagers' life, their fashions. The picture is nice but simple. Operators work is average: nothing outstanding, nothing new.

Enjoy looking at teen's peripety, and maybe you even find a piece of yourself at such age there.

The Collective Work Of The Movie

The leading lady Shannon Purser, quite unexpectedly after the Riverdale series, revealed itself in the full program, although the image turned out to be quite typical for her, she coped with the role of a poetic nature and showed her voice (which is really very beautiful).

She really managed her performance with dignity and looked vividly in the frame. Shannon Purser once again proves that she is a very promising actress.

It makes you empathize with its character, and when the central lie around the trick with the desire to be a different person, and a particular one, is gaining momentum, then Purser is incredibly sincere. Moreover, she endowed her heroine with a large number of details capable of transferring her from the screen to real life. 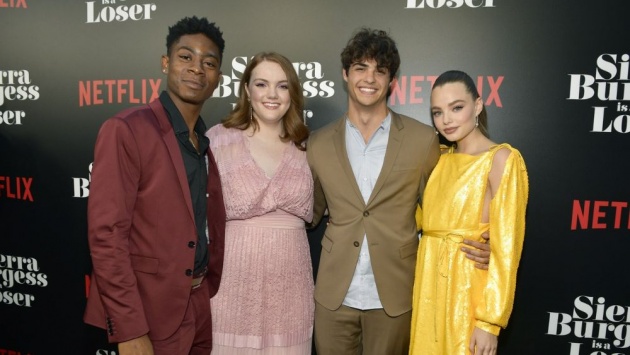 Noah Sentineo is the main reason why I decided to watch this movie when came across the film's strange title. I loved his performance in already mentioned film To all the boys I've loved before.

On A Final World

In general, the film is not bad. It is instructive, full of many cliches about school life and the transformation of the soul, and it carries a positive mood. The picture came out more likely not about love, but about friendship, which balances the film and leaves a sense of ambiguity. The film as if something is missing to break into the big leagues. It is worth to watch, but only one time.

Perhaps it is the central character that makes the SIERRA BURGESS IS A LOSER work properly, deepening the emotions arising from viewing. Teen romance really has a soul, but still the project is easy to forget.

The movie, of course, is more aimed at the teenage generation, and I can recommend this movie to a particular category of viewers. The film is not so bad but a bit banal, but easy and quite atmospheric with a small spoon of dullness.