Hey Everyone!!! Hope you are all good and blessed. Here i posted my first movie blog and I started with terminator salvation. Reason : Why i am writing blog on Terminator Salvation as it is released in 2009 inspect of many blockbusters hit Box Office after this. There are three main reasons:

1) The lead cast of this movie are my favorite actors, i) Christian Bale ii) Sam Worthington.

2) The story of movie itself was very good and interesting as movie shows fight between Humans and Artificial intelligence (Machines).

3) As I joined Bitlanders lately like few weeks ago, Bitlanders provide me platform to write about my favorites so i choose Terminator Salvation. 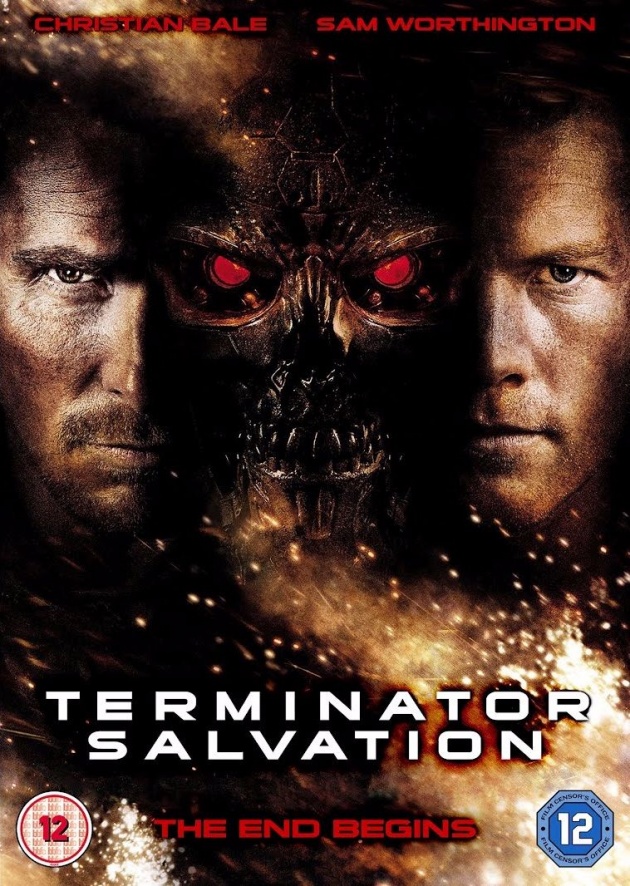 Terminator Salvation was released in May 2009 categorized as science fiction thriller movie.

First full screenplay written by John Brancato and Michael Ferris and after that rewrote by Paul Haggis.

By the direction of Joseph McGinty Nichol and cinematography was done by Shane Hurlbut.

Featured song for the movie : You could be mine.

Cast and Role in movie:

Source : Google edited by me

2) Sam Worthington as Marcus Wright, Marcus Wright an amazing character and one of my favorite actor in the movie a miracle of scientist created by two nervous systems one is of humans and other is of machine.

3) Bryce Dallas as Kate Connor, Kate Connor wife of John Connor and also a doctor for the fighters in resistance community fighting against machines.

5) Anton Yelchin as Kyle Reese, Kyle Reese is the father of John Connor in future. Top wanted human by machines so they could kill the future of Humans, a future without John connor.

6) Helena Bonham as Serena Korgen, a mad scientist work for evolution of humanity into machines so they could live for forever. Serena Korgen is the scientist who created Marcus Wright.

7) Jadagrace as Star, Star is a child living with Kyle Reese and fighting against the machines with him. Star is also deaf and dumb in the movie. And much more cast like special appearance of Arnold Schwarzenegger, Micheal Ironside, Common, Ivan G'Vera and much more.

Movie starts from longview State Correctional Facility in 2003 where a prisoner (Marcus Wright) was accused of the death of his brother and two police officers. Then the game begins Marcus Wright meets with the scientist Serena Korgen who asks him to donate his body for good of humans, Marcus Wright agrees to donate on one condition a kiss in return from Serena Korgen. 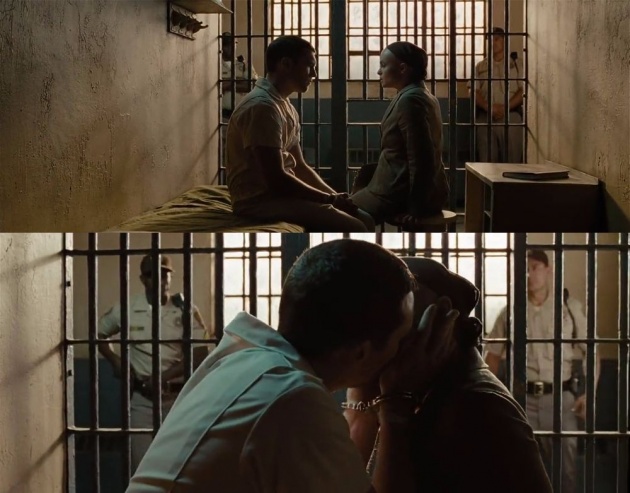 Then the agreement being signed and Marcus Wright go to a long sleep.

Year 2018 John Connor and team (Resistance) were fighting with machines and attack one of the franchise of Skynet (System controlling and developing machines). Marcus Wright waked up from a long sleep and searches for the reason that why he is alive. In search of his life he meets Kyle Reese and Star who fights against machines. The question asked by Marcus Wright to Kyle Reese that What time it is? He says its 2018. Kyle Reese shows gun to Marcus Wright and ask who are you the answer was great. 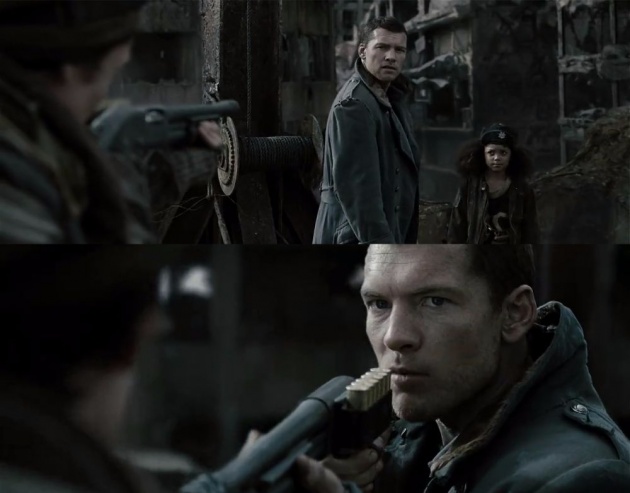 Source : Snapshot Edited by me

Marcus Wright snatches the gun and says if you point a gun to someone your finger should be on trigger. Let's come to main point machines attack the resistance and catch all the humans as prisoners somehow Marcus Wright escaped from them. And then Marcus meets Blair Williams a jet fighter of resistance. Marcus saves life of Williams from bad humans, Williams seems to be in love with Marcus Wright. 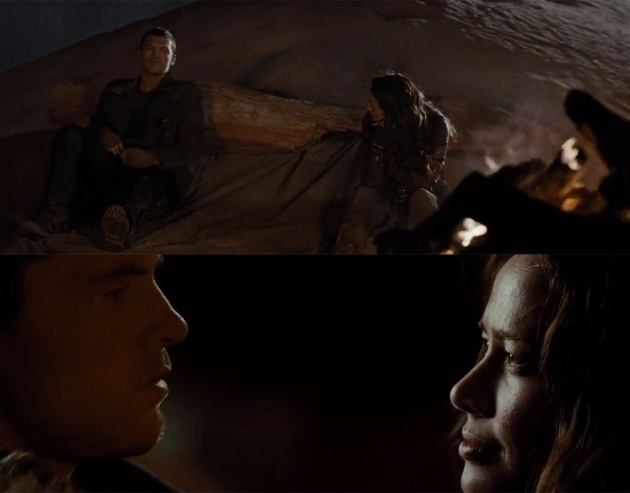 Williams just nod in answer of that. The most amazing part of movie is that it explains about difference between Humans and Machines. As Marcus Wright most parts made of Machine just the brain and a strong heart of the human and a powerful skin like humans. Basically Marcus wright was made for evolution of Humans. A machine in the body of the human. John Connor thinks that he is a machine but Marcus Wright calls himself a human with surety and anger which shows humanity indicators. It is hard to believe that whether Marcus Wright is a Human or a Machine. Williams knows that he is a human as he behave like humans. Williams helps Marcus to run away. Now Marcus also need answers that who done this to him and only one place can answer this and that is the Skynet. 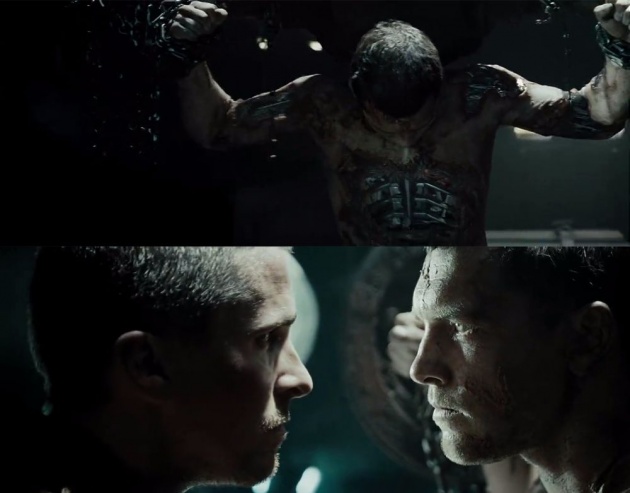 Half Machine and Half Human given the chance to save the world:

Somehow John Connor believe in Marcus Wright and ask him to help to find Kyle Reese. Marcus knows that Kyle Reese is with other prisoners in the Skynet. As Marcus reached to the Skynet base he reads all the data and the damaged skin of Marcus Wright rebuild by Skynet.

Skynet consider Marcus as machine but he wants to be Human, Marcus choose humanity and remove the chip connected to his brain. Now the mission for Marcus is to save John Connor and Kyle Reese and then the enemy appears Arnold Schwarzenegger (Terminator T800) special appearance.

For defeating T800 John Connor and Marcus Wright unites and fights with T800 modern terminator in the fight John Connor being injured (Heart injured) and they defeat Terminator and plant micro bomb in Skynet base. 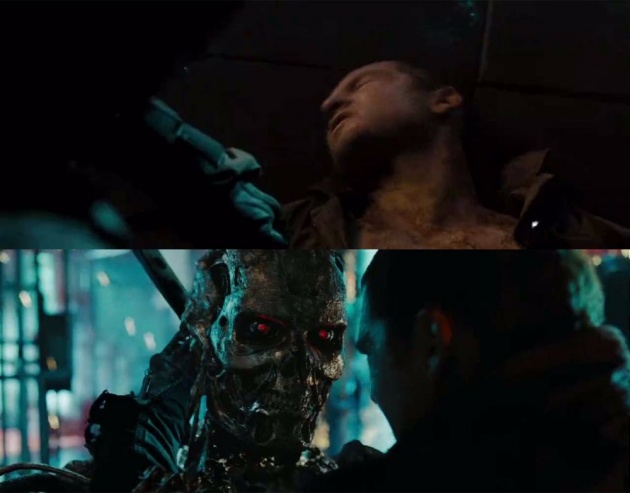 Climax of the movie was awesome as the hope of the world (John Connor) was badly injured his heart beat going down. Again Marcus Wright take step and ask Kate Connor to transplant his heart into Connor's body, Williams tries to stop Marcus but he say everybody doesn't get second chance in life but i am the one who received. So he gives away his life to save the hope of the world John Connor. 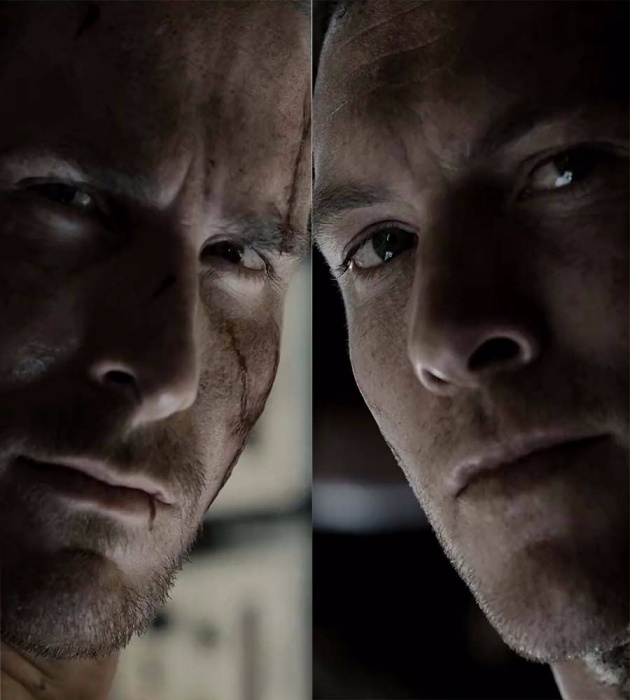 Here i am posting the ending scene of Terminator Salvation which is most emotional scene of the movie where a man given second chance of life give his heart to another man for saving the world. This is called humanity, emotions, love and affection.

Conclusive thing about Terminator Salvation is that it shows difference between humans and machines. Human beings are most prior thing among all living and created creatures due to their style of thinking, uniqueness, and emotions which doesn't exist in machines. So all the progress, development and innovation can not forget the role of Humans in evolution of the world. Human builds, destroy, rise, fall and again rebuild learn from the mistakes.

Thanks for the precious time. Bye