Movie Review: THE DIRT - Get Familiar With The Band Motlay Crue 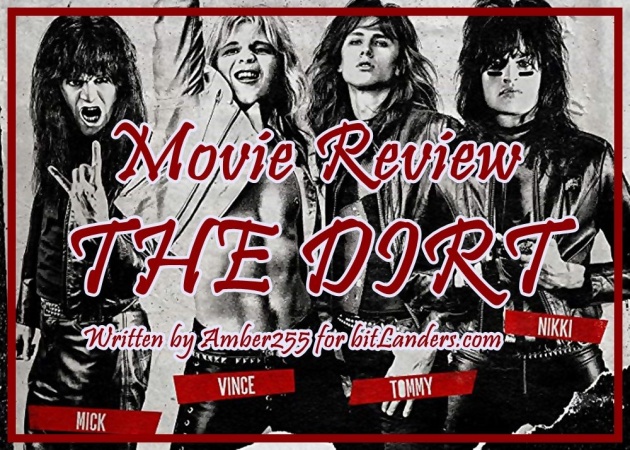 Broadcaster Netflix released the group's Motley Crue musical biography film THE DIRT. The film is based on Neil Strauss's one of the best-selling stories of badly behaved 80s metal music legends, and it seems that the film's authors decided not to hide anything and to tell not the best stories about this group.

Cinematographer Jeff Tremaine has become the director of this story and created the film according to a script written by Rich Wilkes and Amanda Adelson. Members of Motley Crue also contribute to the production of this musical biography film.

Probably not for nothing that the director of THE DIRT was precisely the person who worked on such completely insane things as Jackass, or Bad Grandpa, where the amount of idiocy per square meter sometimes went off the scale. But with the approach to the biopic about Motley Crue, it was probably just such a director that was needed, since in their youth the guys created real frenzy during their tours around the world.

I read the book THE DIRT may in 2013. And it always seemed to me that if to gently smooth out some elements of the story and exclude some of the events, due to the limited timing of the films, we would get a good film that would show the spirit and atmosphere of the main US music of 80s-90s.

What was my surprise when they announced the film on the book! And it appeared to be cooler and better than I tried to draw it in my imagination.

The plot of Jeff Tremain's work begins with the introduction and formation of the core team of Motley Crue. Nikki Sixx and Tommy Lee, by coincidence, come together to change rock and roll forever, but they need to pick up a really cool composition, and oddly enough, but they find Vince Neal and Mick Mars, who join them without especially much thought.

Well, then the almost two-hour immersion in the insane world of Motley Crue is waiting for the viewers.

A delightfully disreputable biopic about some of rock's last true bad boys.

Yes, almost from the beginning we are given to understand that Motley Crue is the real insane punks who are not averse to fighting at their own concert, get drunk before losing consciousness after it, and meet the next evening sniffing heroin from the naked body of another stripper dancer.

All this smoothly flows into the fall stage. The guys overdo it, they embrace heavy consequences, but the group manages to make a world tour, where the album Dr. Phil Goode beats records. After that, the discord within the group and the gap with the production company. It is clear that creativity simply does not go, and the personal problems of the heroes also pile up. Through the pain and difficulties, the guys move to the stage of recovery. Here, the rock band understands what it really is. 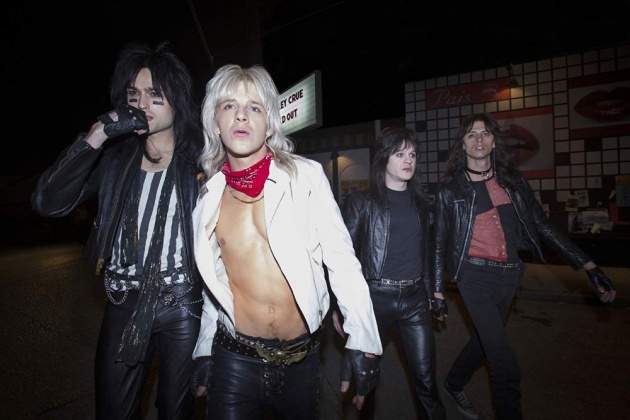 The entire film is held under the motto "Sex, drugs, rock and roll," and often exactly in that order, and in very hypertrophied dimensions. So ask yourself honestly and answer yourself honestly - will it be pleasant to watch?

Right after watching the trailer of the film, it became obvious to me that the spectacle will be somewhat insane since it was precisely this very insanity was an accent in the trailer. Well, what about the film as a whole? Let's talk. 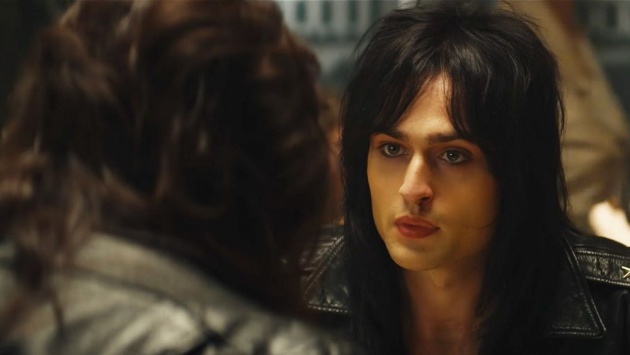 The film is gorgeous, in my opinion. No better and no worse than the Bohemian Rhapsody - it’s just OTHER. These groups, their stories, the dramas of the musicians - they are absolutely incomparable! It is wonderful that in our emasculated time of universal tolerance, protection of the rights of all minorities and the fight against objectivizations, Netflix was able to make a wonderful hooligan film. Yes, with muzzle smashing, corpses, detailed injections of heroin, abominations of Ozzy.

The film version is reliable. The life dramas of musicians do not justify their hooliganism, but they fully reveal the peculiarities of their characters. The music is primordially wild and crazy. The world of glam rock is shown convincingly and, in spite of everything, attractive.

Film THE DIRT is another reason for modern young to discover the world of the 80s.

In my opinion, everything was done great. Well, almost everything. Scenically it is very standard work, told clearly by the chronology of the group's development in the most important stages and points of its activity: an acquaintance of participants and the formation of the group, the first concert, success, stagnation, and successful return to the scene.

The only thing that did not like it was how the finale was crumpled up. Vince was absent from the group for a decent time, and the work of John Corabi in the team was not shown at all. But these are little things that disturbed me personally; on the whole, the film looks pretty easy and not boring.

The most important thing is that all this is shown not at all as some boring routine, but for the most part as quite amusing episodes. The film manages to show the story pretty consistent - there is a place for both funny jokes, and for pretty dramatic episodes. Well, somewhere there is the place for creative works of Motley Crue.

The film does not let you get bored: something happens all the time, and it is impossible to break away from the screen; you can miss an important scene. Emotions and impressions are like a rollercoaster: from the sad and dramatic moments that sink right into the soul to the fiery concerts and parties, where the guys can afford everything they want. And they allow themselves everything, believe me. 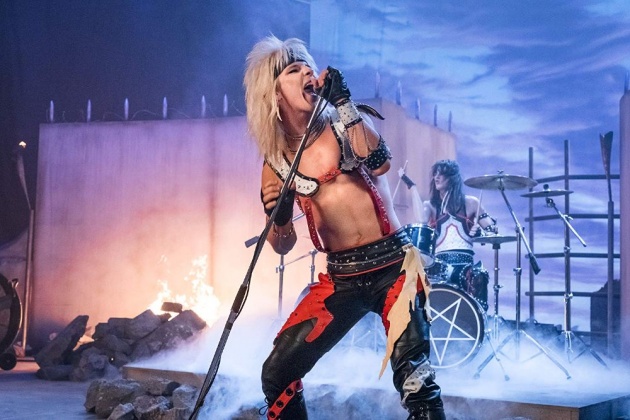 Characters: Nikki Sixx - bass player; Tommy Lee is the drummer; Vince Neal is a soloist; Mick Mars is like an alien. Without hesitation, they call themselves a gang of assholes.

Of course, they do sometimes completely insane things. They are ready to beat down anyone who interfere their way.  And most importantly, they afford everything to themselves, but in reality, it is turbulent, restless life on the road, dirty pranks and so on.

Two guitars, drummer, and vocal - the fools of the scene, the drug addicts raised by fans to the sky vaults. they are soaring and falling, getting into the trash and rising again and again. Then the storm of overdose throws them into the whirlpool of the funnel, and the foaming enthusiastic crowd is raising them again. Four characters. Four desperate heads. Pepper in the blood and audacity from the scene. Every time has its own heroes. Every time - their idols. 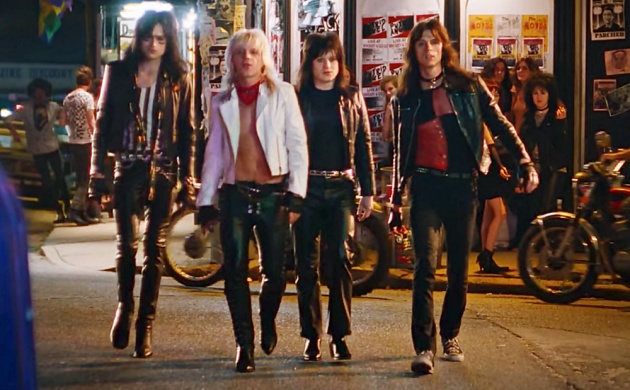 Actors coped with their personages with dignity. Each character is shown as needed. Episodes with Ozzy Osbourne - a wild view.

I will not say THE DIRT is perfect in everything because there could be just a bit more dramatic heat, a little wider disclosure of the group's history, but in general, the film succeeded. Allowing all that you want, and freedom of action does not lead to anything good. But they are such guys who can amaze us and still have time to get back to the mind. The real ironic sketch of all human sins.

A very cool visual was equally important. Excellent installation, rich, bright colors. I liked the work done to recreate the clips and performances of the guys, down to the smallest details, that were less distinguishable from the original. 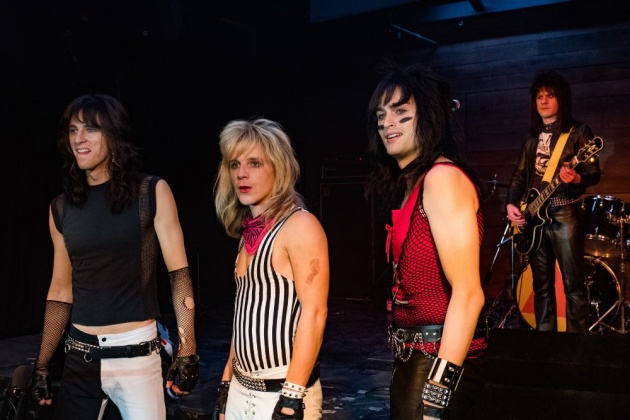 A lot of music, a lot. In the film, almost all the main hits of the group were performed, which I consider to be a correct and an important step because it gives an unfamiliar viewer the opportunity to familiarize themselves with the main layer of the collective's creativity.

The movie is filmed wonderfully. Costumes, scenery, makeup - all are fine.

High-quality work of the operator makes it possible to admire the truly beautiful shots. Competent video montage only adds pleasant impressions; no questions or complaints, at least during the first viewing did not arise. Neither rough incidents nor logical inconsistencies are definitely a plus. The sound did not disappoint.

All members of the group were outstanding personalities, in some sense even odious, and for this, a strong cast was simply necessary. I won't say for the whole cast, but hitting the actors who played the roles of Nikki (Douglas Booth), Tommy (Machine Gun Kelly), Vince (Daniel Webber), and Mick (Iwan Rheon) is fantastic!

Of the cast members, Daniel Webber, and Iwan Rheon I liked the most - they both were wonderful. First, they both looked gorgeous; secondly, they played superbly. But both Machine Gun Kelly and Douglas Booth were good too; it’s just that Daniel and Iwan have such touching roles, it’s hard not to feel them.

I can not judge how similar the actors are to their real prototypes, but they all look extremely decent, and in general, even the visual resemblance in the selection of actors was clearly not in the last place. 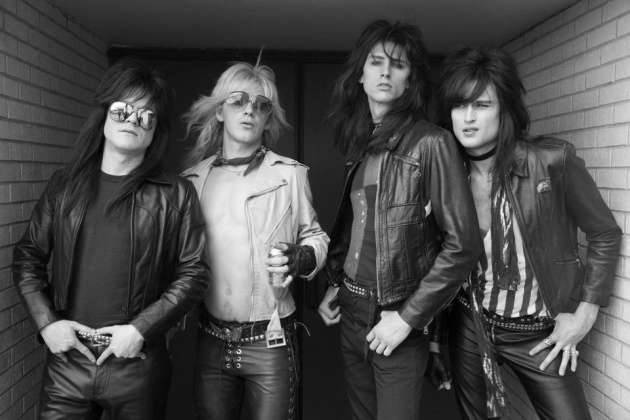 I would also like to mention the actor who played Ozzy Osbourne (Tony Cavalero). The scene with the Prince of Darkness came out sickening and funny at the same time.

In THE DIRT, the roles are perfectly distributed, just filigree work, and nothing else. When I attentively watched the prototypes of the characters in question in the film, I was amazed at how exactly the actors were selected, and then also rejoiced at how wonderful they got into the necessary images.

In short, the cast is impeccable. No comments. 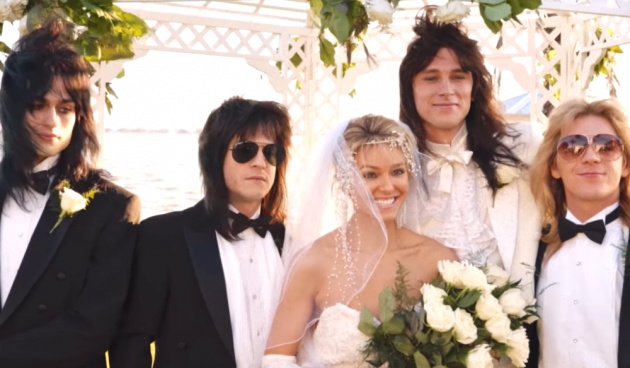 The film about Motley Crue: THE DIRT - Photo credit: twitur

Yes, now I understand the beauty of the film THE DIRT. This is the nasty gut of Nikki Sixx, Vince Neal, Tommy Lee, and Mick Mars. And it is beautiful in its abomination because it is an absolutely sincere story of them, shown without embellishment and trying to whitewash and cover up the shortcomings of the heroes, along with self-irony and serious self-criticism, with what so much lacks the current cinema.

In the end, once again I am pleased that Netflix is trying to produce films for the most diverse audiences, and THE DIRT is really a worthy project. Yes, it is not as large as the same biopic about Quinn. The finale of the Bohemian Rhapsody, in general, turned out to be very impressive, and of course, THE DIRT cannot boast about the same, but unlike the aforementioned competitor, the latter never sags anywhere, and I watched it from start to finish with genuine interest.

In addition, this is a great way to get to know more about one more popular band of the past, even if the music itself was given less attention than we would like. 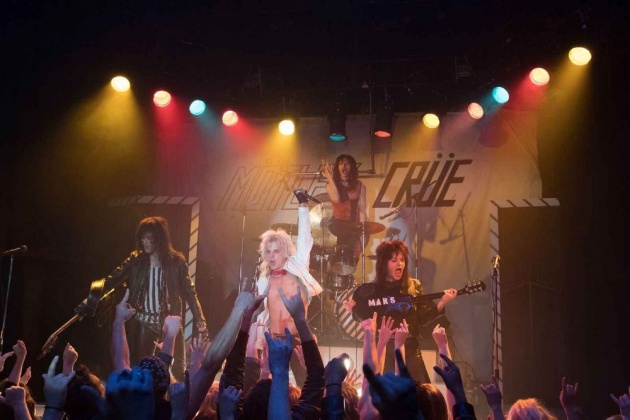 THE DIRT - emotional film: lively, rich, and fully filled. You rejoice, and you grieve for heroes - such real, touching, and crazy - all that you feel at the same time. In general, it came out sensual.

Doc McGhee : [narration] They weren't like other bands who raised hell because they thought that's what rock stars were supposed to do. Mötley Crüe did stupid things because they were Mötley Crüe.