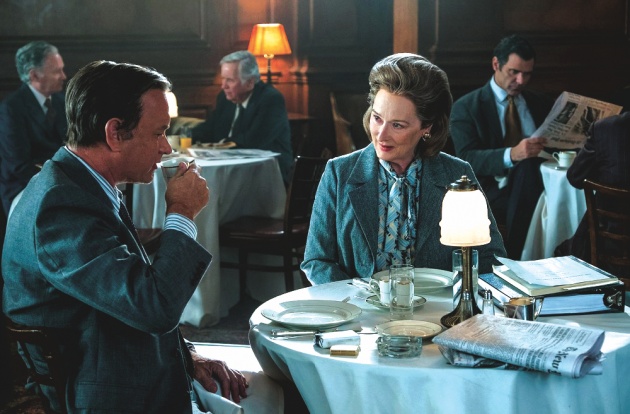 Dear Friends, I hope you are doing fine and having a good time on bitlanders.  Today, I have come up with my another new blog with the title of "Movie Review - The Post" which is a movie review of recently released Hollywood movie based on Vietnam War that was fought during November 1955 to April 1975.  This is a story about Journalism and throws light on the amount of pressure and threats journalists face on daily basis while performing their duties to bring up the truth in front of general public.  Sometimes, Governments want the newspapers to print only that information which is in line with the Government's interests.  However, the truth may not be what Government wants to be printed and forwarded to general public.  Therefore, this creates a situation in which there are a lot of shadows of doubts and insecurities.  Some mentally strong Journalists even take this pressure positively and print whatever is necessary to maintain the pride of their profession and this movie just depicts that situation.  This movie was directed by Steven Spielberg who is a veteran filmmaker and Director who needs no introduction.  I hope you are going to like this movie. 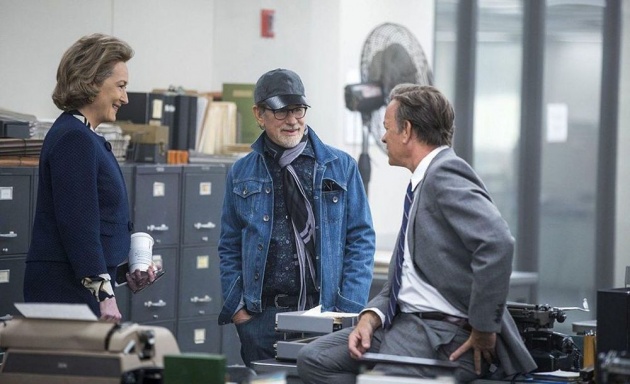 The movie "The Post" has been released recently on December 22, 2017 in the United States under the distribution banner of 20th Century Fox.  Some details of mega-stars cast of this movie is as under: 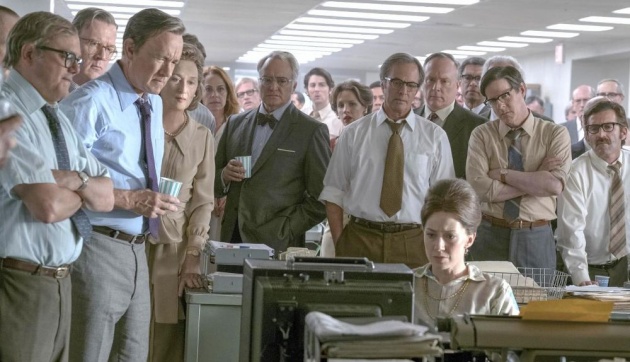 OSCAR ® winners Steven Spielberg, Meryl Streep, and Tom Hanks team up for the first time in this thrilling film based on a true story. Determined to uphold the nation’s civil liberties, Katharine Graham (Streep), publisher of The Washinton Post, and hard-nosed editor Ben Bradlee (Hanks) join forces to expose a decades-long cover-up. But the two must risk their careers –– and their freedom –– to bring truth to light in this powerful film with a celebrated cast.

THE POST is “extraordinary…must-see” film according to Peter Travers of Rolling Stone and the home entertainment release features 90 minutes of bonus content, depicting the real life events behind the groundbreaking untold story and the journey to bring it to the big screen. 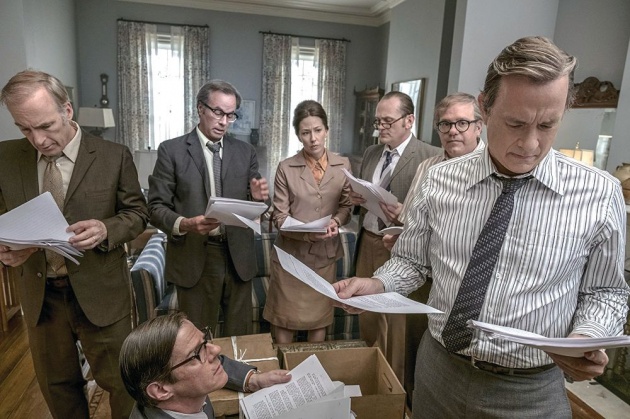 The movie begins as troops of the United States of America Military Forces are preparing their weapons in Hau Nghia Province Vietnam in 1966 in the day time to fight with the rebellion.  At night, the assault starts and there is a severe firing and bombs explosions which results in heavy casualties in the US troops.  Next day, the US Military Reporter and Analyst Daniel Ellsberg prepares his report having seen the ordeal of troops and the hard time they are facing in Vietnam.  He is working under Defense Secretary Robert McNamara who while travelling back to the USA in the airplane, asks Daniel Ellsberg to express his views about Vietnam War in front of US Diplomat William Macomber.  He expresses his opinion and thinks that this war is causing more harm than good to the USA Forces and should be avoided.  Robert McNamara seconds him, however, as they land at the USA Airport, Robert McNamara states in his press conference that our military progress has "Exceeded our Expectations".  This statement is heard by Daniel Ellsberg and he seems to have got hurt initially, however, he does not show any disappointment sign to people at the Airport. 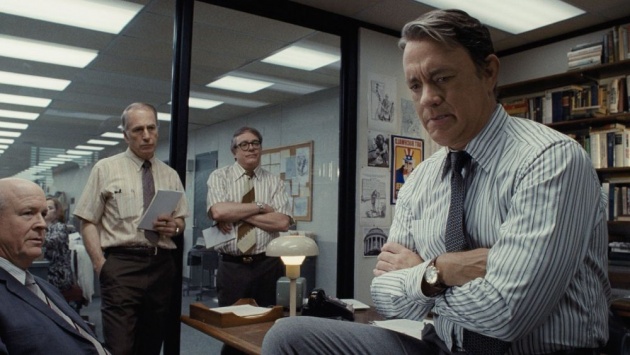 Later on, while working with RAND Corporation, step by step Daniel Ellsberg secretly copies all the classified reports pertaining to Vietnam War and forwards them to the management of The New York Times who decide to publish the reports for the general public.  This hurts the Government and it reaches the Court to stop the newspaper from printing classified documents related to Vietnam War.  Government feels that by reading such stories, people will get a negative image of the government and the way of dealing things related to international level.  The court initially, gives the decision in favor of the Government and The New York Times has to stop printing any further documents.  On the other hand, there is one Katharine Graham, who is the head of The Washington Post and is trying her level best to make her newspaper famous and her Editor-in-Chief, Ben Bradlee wants to help her by giving her unique ideas to make her newspaper famous just like The New York Times. 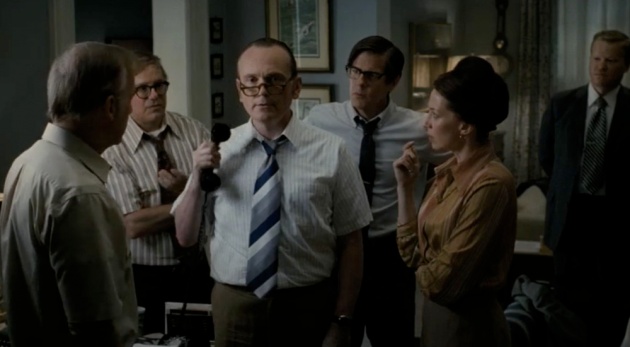 While trying to gain equal Journalism status as of The New York Times, the Editorial staff of The Washington Post manages to identify and reach Daniel Ellsberg who agrees to give them the same classified information as he gave it to The New York Times before.  Now it has started a serious debate among the staff of The Washington Post whether to go ahead with publishing of these classified information or not.  There are legal risks and which could seriously damage the reputation of The Washington Post as well as causing huge bankruptcy and legal action which may lead to closure of the newspaper.  However, Katharine Graham being the head of the newspaper, takes a bold decision and in the end decides to go on with publishing the story in her newspaper. 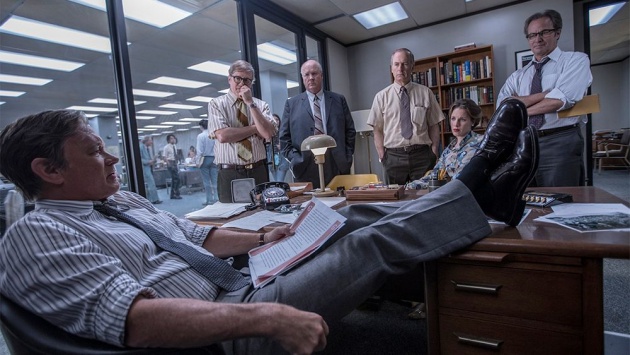 The movie "The Post" is an awesome movie to watch and has a big lesson in it that if you have courage and motivation, then you can achieve your goals and can be successful against all odds.  This movie is about standing a newspaper which is in its early stage of inception and not many people know about it.  However, bold decision taken against the Government by Katharine Graham makes her successful.  The story-line and the sequence of filming is very awesome.  Although the topic on which this film revolves around does not have much depth in it but the acting of Meryl Streep and Tom Hanks has made this movie a worth-watching movie.  The direction of Steven Spielberg has been awesome as always and the camera-work, picturization as well as the visual effects are very good.  On the whole, this movie has received positive remarks from the critics and has made a very good business on the box office.  So far, the movie has managed to earn USD 175 Million against its budgeted cost of USD 50 Million which shows that this movie is a Hit movie.  The ones who are always interested to watch history-oriented movies must not miss this movie at all. 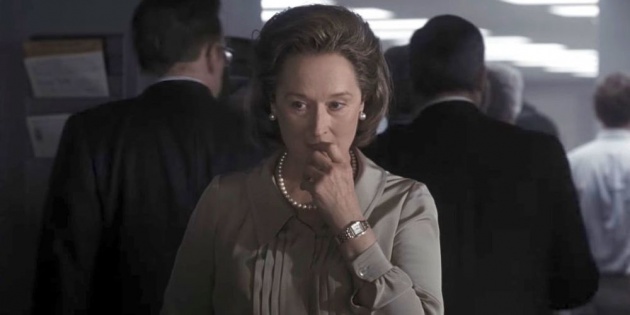