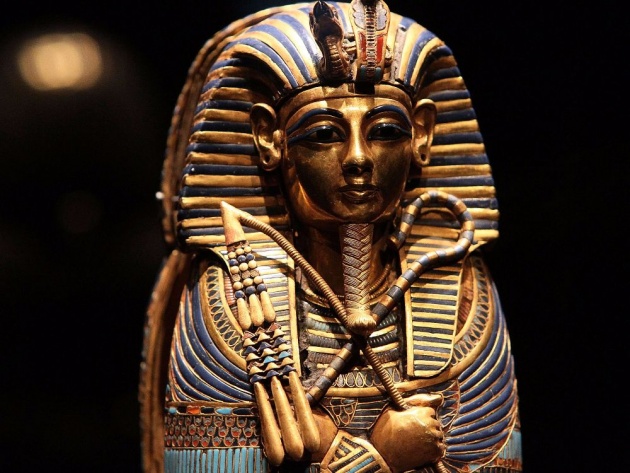 Mummy is preserved form of organs and skin of a dead body of humans and animals by chemicals or by unusual natural conditions like keeping dead body in cold environment, lack of air and very low humidity.

“Mummy” is an English word. It is derived from Arabic word mūmiya and from a Persian word mūm. From very ancient times, a rule of mummies has remained and many mummies of animal and humans have been found in every continent.

When a lay man use word mummy, the first thing which click her/his mind is “Egypt”.  As Egypt is one of the country which is not only popular for existence of human mummies but according to researchers there is approximately one million mummies of different animals have also been found, in which mostly mummies are of cats.

History of Science Studies on Mummy:

If we go through the science history of mummy, we come to know that the interest on research of the mystery of mummy had started from very old times in Greece. In 1901, the first modern scientific studies and examinations were started. They were professors of medicine in “English-language Government School” which was situated in Cairo (capital of Egypt). After that on 1903 in Egypt, two professors named Howard Carter and Grafton Smith used X-Ray machine for examination of the mummy of “Thutmose IV”. 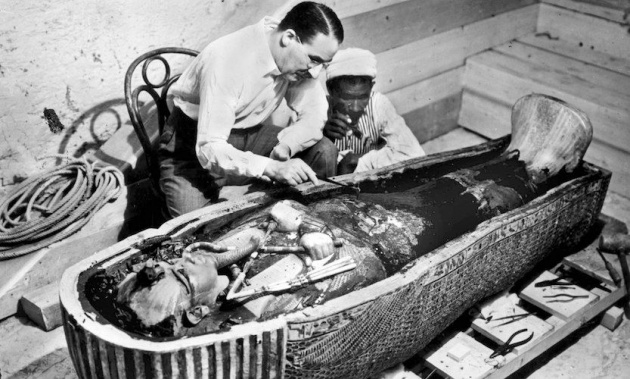 During the same period a British chemist named Alfred Lucas who was having good information regarding chemicals. After his experiment on different mummies he came with lots of information, one of them was “chemicals were used to preserve mummies”.

In 1992, the first World Congress related to studies on Mummy was held in Puerto de la Cruz. In this congress, three hundred scientists were participated and they shared information of hundred years collected data on mummies. When the information presented in this congress, people showed great interest in the subject.

After that in recent years, scientists used CT scan machines for getting information of mummification. Researchers used digital machines for unwrapping mummies. Due to these machines, there was less risk of damage of mummies. Small linens of this machine used for the tiny area like nostrils. After getting the “data machine” mummies were digitally reconstructed in 3D. These machines also determine their lifestyle and the cause of death. 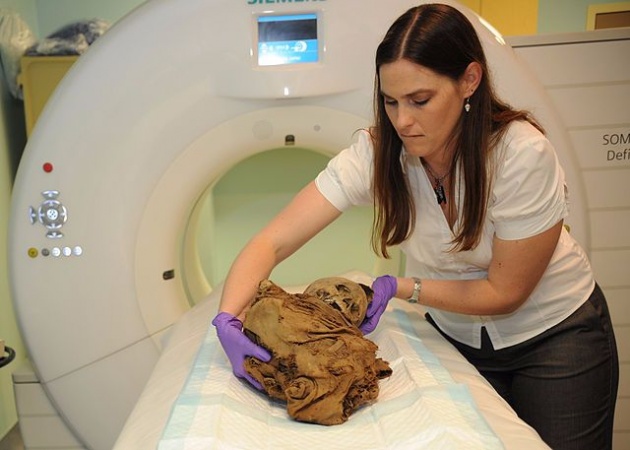 Religious belief of ancient Egyptians was, after the death their life would again start in the next world. On the basis of this religious belief they started preserving human dead bodies. At that time this preserved human body was called mummy. In order to prevent a body from decomposing they removed all tissues of moisture. The earlier Egyptians dug shallow pit in the dessert and then buried a dead body in it. The dry and hot sand absorb all moisture from dead body and it called a natural mummy. The Egyptians also discovered that the dead body could not be preserved if it was first placed in coffin. Then the ancient Egyptians began a method of preserving of a dead body and this process is called Mummification. The process of mummification involved two stages Wrapping and Embalming.

Anubis was the god of mummification. He had a human body and the head of a jackal. His job was to prepare the bodies of the dead to be received by Osiris.[1] 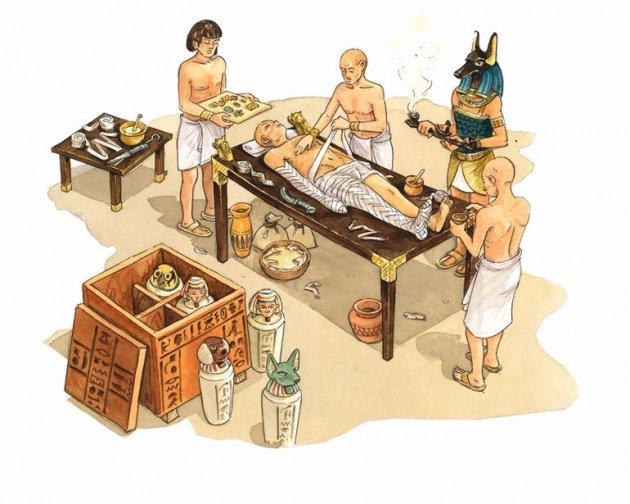 During process of mummification following steps were taken placed:

1. After washing the dead body, priests made a cut on the left side of the body. After cutting they removed all internal organs like liver, intestines, stomach and lungs except heart. According to ancient Egyptians, this heart was the center of emotion and intelligence. So, they left heart in the body for use in next life.

2. Priests also removed brain. For this purpose they used hooked instrument. According to them brain was not important that is why they thrown away.

3. After that priests packed body and all its removed organs with salt named “natron” for forty days to absorb all moisture.

4. Priests wrapped all dried organs in linen and then placed in canopic jars. The ancient Egyptians were used the Canopic Jars to hold mummified remains.

Imsety Canopic jar had a human head and it was considered guardian of the liver.

Qebehsenuf had the head of a falcon, was considered guardian of the intestines

Duamatef had the jackal’s head, was considered guardian of the stomach.

6. The ancient Egyptians priests packed the body with rags and sawdust and the different cuts of the body sealed with wax.

After that they covered the body in a large sheet named shroud.

8. At the end, priests placed the body in a decorated mummy case.

The pharaohs of Egypt were mummified and buried in tombs after death. The rich officials and members of the nobility often received the same treatment. On the basis of religious belief, some animals were also mummified like birds, cats, crocodiles and baboons.

On the other hand ancients Egyptians buried the dead body of a poor person in the sand. The reason was that whole process of mummification was so expensive.

The pyramids were royal tombs of the ancient Egyptian kings. The ancient Egyptians thought after death the pharaoh would live forever if the body of pharaoh mummified. So, they build tombs to protect the buried bodies of pharaohs and their belongings.

The Great pyramid of Gaza located at the northern edge of the Giza Plateau. It was built Egyptian King Khufu, which is known as pyramid of Khufu. Pyramid Khufu is the largest pyramid among the other Egyptian’s pyramids. It was the tallest structure in the word for close to four thousand years. But due to erosion, today it stands at 449.5 ft. having lost 31 ft. Total weight is 6.5 million tons, and with each size measuring 756 feet that can fit nearly ten football fields. The four triangle sides slope equally from the base. Each side has an area of 5.5 acres. Currently, there are two hundred three levels and steps to its summit.[2] Construction started in 2540 BC, and took twenty three years to complete. The great pyramid contains nearly 2.3 million blocks. Average weight of per block stone is seven tons. Workers would have had to set a block every 2.5 minutes, seven days a week to finish in twenty three years. The great pyramid of Gaza, is one the seven wonders of the ancient world and the only one still standing.[2] 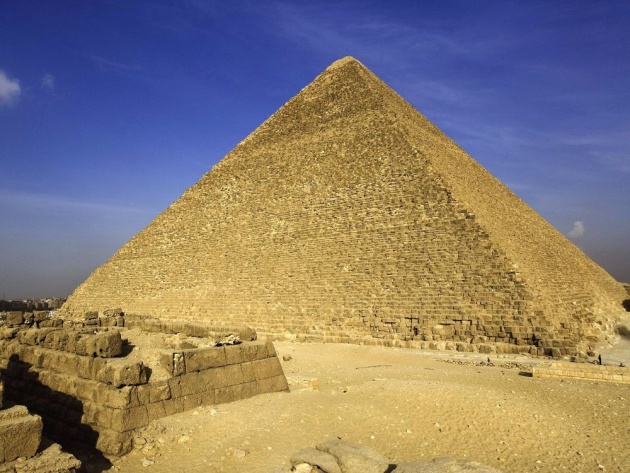 Mummification in Other Parts of the World:

Here I mentioned some famous mummies which are discovered around the world:

The Lady of Dai Mummy – China:

When people talk about mummies, they just think of Egyptian mummified bodies of Pharaoh. But they don’t know about that the world’s best preserved bodies actually came from China.

One of the mummy of Chinese women named Xin Zhui the Lady of Dai, she is also known as “The Diva Mummy” ever found. She was died between 178 and 145 BC, at around fifty years old. According to scientists, the different objects insider her tomb showed wealth was more important in her life and she enjoyed the good things in life.

The mummies of Qilakitsoq – Greenland:

In Greenland, researchers found mummy of little Inuit baby. When first time his mummy was found, searchers thought it was a doll but soon it was discovered it was actually the body of a six month baby boy. His mummy was not alone but searchers also found his mother’s mummy, six other women of various ages and a two year old boy. Their bodies were naturally mummified.

In Denmark, a naturally mummified body of a man was found who was known as Tollund Man. He lived during the 4th century BC, at around thirty to forty years old. He was hanged as a sacrifice to the gods. According to Archeologists, the face of Tollund Man is peaceful and clam, as though looking upon a sleeping man.

Three Incan children mummified bodies were found in Argentina over a decade ago. According to researchers on the basis of their bodies’ evidence showed thirteen years old Maiden and her four to five year old companions revealed that both children had been given alcohol and drugged on a regular basis. Lightening Girl and LIullaillaco boy, their bodies showed that they both were prepared for a sacrificial ceremony. On that occasion if parents showed sadness, then it was considered a major offense. So being selected for sacrifice was considered as a great honor.

[3] In 1991, in the Alps some Germen tourists discovered a body of Ötzi the iceman[3]. His body showed that he was a soldier or mountaineer. But later tests suggest the ice man dates back 3,300 BC. Ice man’s body was well preserved, that is why scientists easily determine his reason of death and what he ate last time before his death which was “herb bread, red deer and fruit”.

Two main types of mummification are Anthropogenic and Spontaneous:

Anthropogenic mummification is the type of a mummy when people are created on purpose. Examples of these types of mummies are the high LIamas priests of Tibat and ancient Egypt.

Spontaneous Mummification is the type of a mummy when created by natural causes and in which no any help is involved by people. Example of this type of mummy is the Tollund Man, whose body become mummified by natural elements (like natural acid).

Now a days, mummy become an interesting research for scientists. Common public also take much interest in reading studies or articles about mummies.

After seeing this interest, film maker media also played great role in making amazing movies about mummies. In which they showed very near to real image of mummies. Some of the famous movies on mummies are:

From all of them “The Mummy (1999)” is in one of my best movie. If any one of you still not seen this movie so I will highly recommend you guys to must see that movie.....  ツ 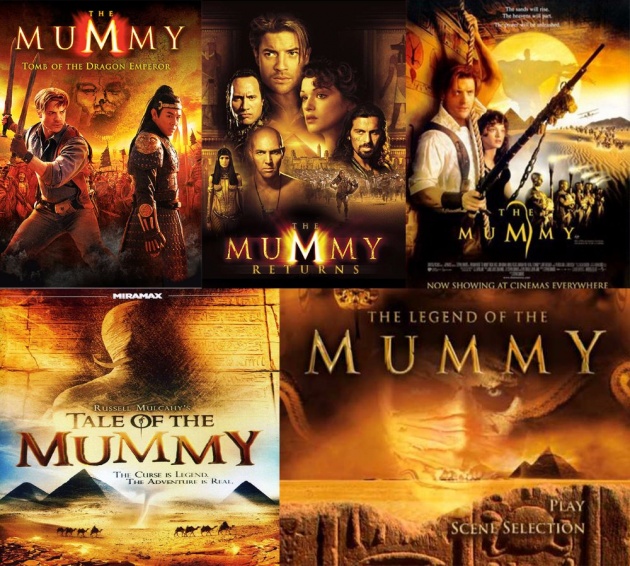 Thanks for sparing time in reading My 32nd attempt for my virtual home "BitLanders".... Stay Connected for more articles.....  ツ