Hello everyone!  I'm on my very first blog ever here on bitLanders.  My big thanks to my sister and dad for the encouragement and of course for the opportunity to earn while enhancing my little ability to write blogs. I hope I could spend ample time here while doing my usual daily activities (school and some house chores).

I should have written a blog introducing myself and talking about my dreams and aspirations in life being young as 16 but I thought maybe some other time, I am more inspired to compose a blog about something I am so engrossed with or of something that interests me so much.

Now did you know that Anime production companies now provide products in 112 countries, reaching some 87.2 percent of the world’s population? It's amazing isn't it? The reason of this is because Anime has many kinds of genre that is suitable for different kinds of people. Anime are also hand-drawn which makes it more interesting.

Welcome everybody to my own list of few of the Must Watch Anime Movies: 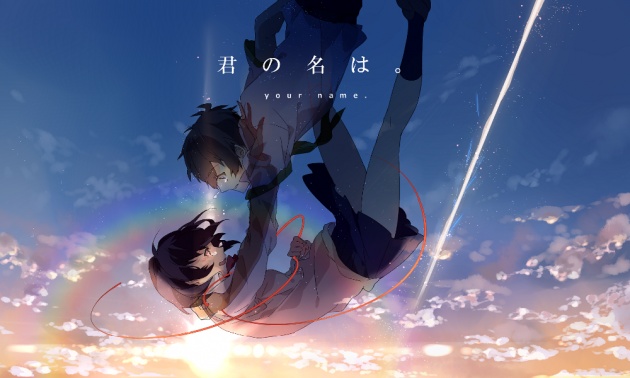 Your Name is a story when two people switch bodies every other day. Mitsuha Miyamizu is a girl living in Itomori which is a rural town and Taki Tachibana a boy living in Tokyo. Both mitsuha and taki change lives as they wake up in the morning.

All along Mitsuha thought it was just a dream, that she was living someone else’s life, but then it repeats every other day and noticed that even her family and classmates were shocked because she was a completely different person the day before.They communicate and Update each other’s life by leaving notes and memos in their mobile phones and making a Do’s and Don’ts list in order to keep their lives the same as possible and to avoid ruining their life.

Until one day Mitsuha and Taki wants to see each other face to face but then suddenly, they stopped switching bodies. Then taki really wants to find out why so he searched for the Mitsuha and found out that she was dead and when he found out that she was dead a very big plot twist happened and you will know it when you will go watch the movie yourself. :)

Main Characters of the Movie

Mitsuha is a girl living in Itomori which is a rural town and wishes to live in Tokyo. She dislikes her father and the issues of the family shrine. 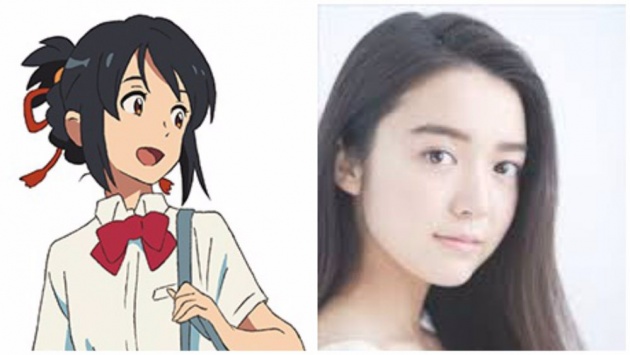 Taki is a high-school boy living in Tokyo. He spends his Days happily in school with his friends and has a part-time job in a restaurant. 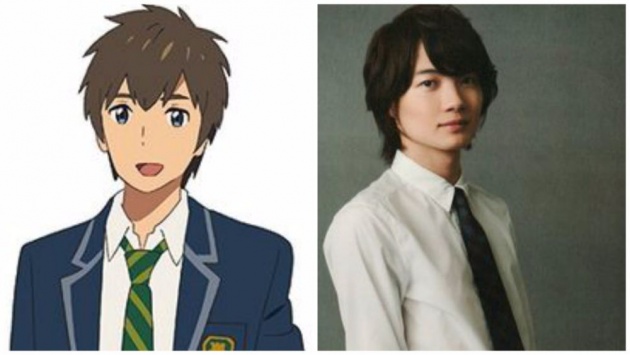 2. Hotarubi no Mori e (“Into the Forest of Fireflies' Light") 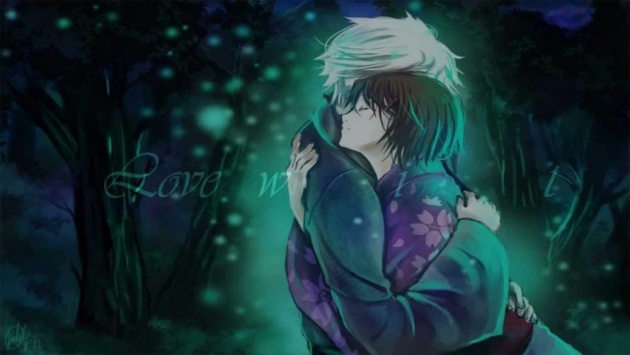 Hotarubi no Mori e or in English “Into the Forest of Fireflies' Light". This is a 44-minute anime film and was written by Yuki Midorikawa. This film was directed by Takahiro Omori.

This film is a about Hotaru Takegawa, when she was six year old girl she was lost in a forest inhabited by a yamagami, or mountain spirit. Then she was found by a boy wearing a mask named gin which is a spirit. Gin then informs the girl that when he is touched by a human he will disappear after telling the little girl that gin escorted the girl out of the forest. Then Hotaru visited gin the day after she was lost in the forest and visited gin again and again. They became friends until Hotaru grew up without touching each other.

Then one night Gin invited Hotaru to a festival in their village. While they were enjoying the night at the festival a boy passed through gin and almost fell till gin held the little boy's hand and let him stand but after gin touched the boy, his hand was disappearing and they realized that the boy that gin touched was a human. At that time gin let Hotaru hugged her for the first and last time.

Main Characters of the movie 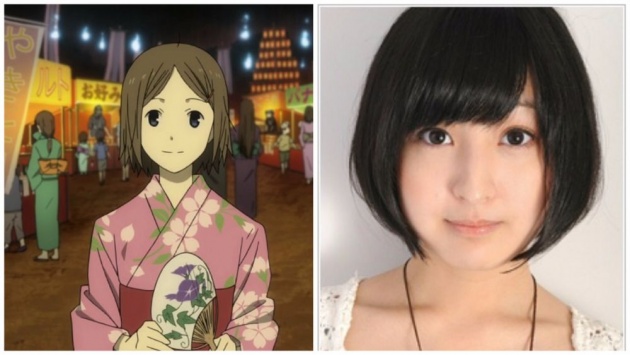 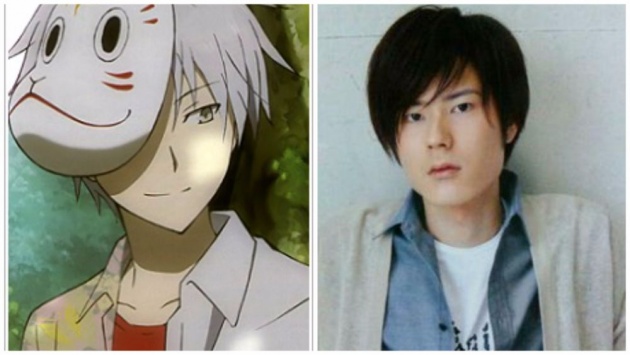 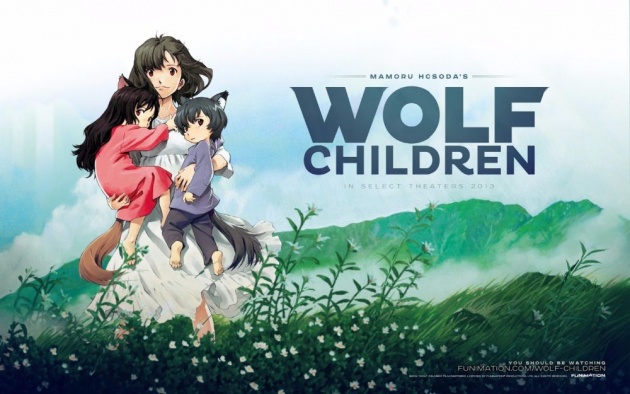 This film is entitled Ookami Kodomo no Ame to Yuki or in English "Wolf Children". His film was directed and co-written by Mamoru Hosoda. Wolf Children had its world premiere in Paris on 2012, and was released theatrically on July 21, 2012 in Japan.

This story is about Hana and her family. Hana was a student at National University at Tokyo. While studying there, she met a boy and eventually fell in love with him even though he told her that he is a werewolf. So they lived together and not for long Hana gave birth to their daughter, Yuki and after a year gave birth to their son, Ame. But one day their father did not come back home and they found out that he was already dead. Their father died while hunting food for his family.

After their father died, Hana had a very hard time raising their two wolf children because she has to hide them from the world.

Main Characters of the Movie

Hana is a student at National University of Tokyo. She got a scholarship to cover her tuition and got a part time job to take care of the rest.She was named Hana by her father because on the day that she was born, many flowers bloomed so she was named Hana because it means Flower. 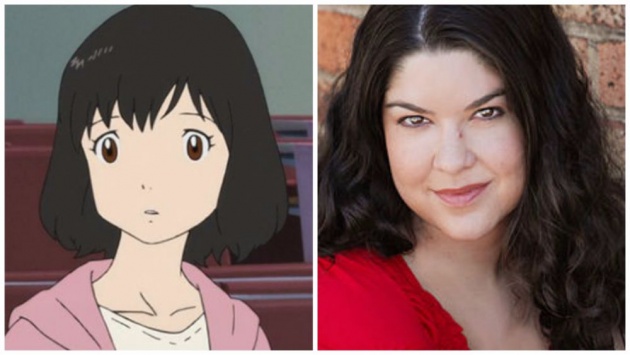 • Wolfman or their Father voiced by David Matranga

Their father is a werewolf and their fathers name wasn't mentioned in the film. The wolfman lived with his relatives because his parents died early. Right after he got his drivers license he immediately got a job to raise himself and met the love of his Life Hana. 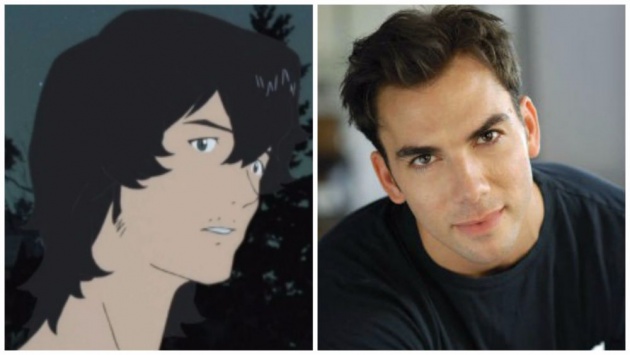 Yuki is the eldest child and Ame is the youngest child. When they were both at their early age yuki always wanted to be a wolf while Ame doesn't want to be one because of the storties he read. But when Yuki entered school already she started feeling like she wanted to be more human than being a werewolf while Ame feels like he wants to be a wolf more than being a human and their mother is always their beside them whatever choice they will be making. 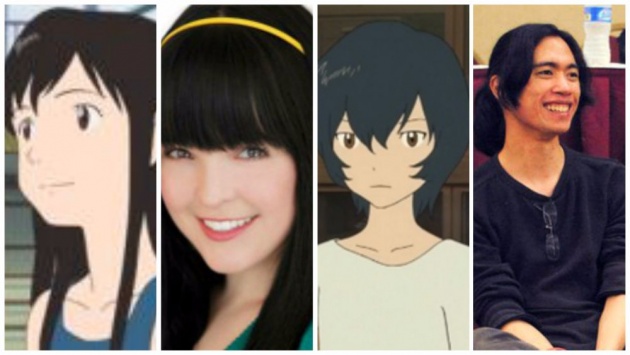 So these are my list of Must Watch Anime Movies. This is my very first blog so hope you enjoy it! Will be posting more must watch movies soon, it may be Korean dramas, anime or Hollywood movies.

Thank you for reading my blog!