Hero’s brother was beating the Gundays. When Hero saw to the Baloach then Hero also Chase him with actions running. But at a time ,Baloach stoped there. Hero also stoped here. When he saw to the front of Baloach, Saqib stood up with gun,on the head was hat,on the eyes were lenze, on the body was long long coat. At that time he beat his leg on the Baloach’s mouth and multan police also came there and arrested to Baloach. 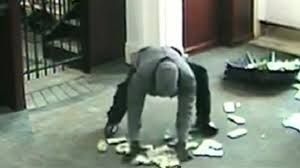 Then Saqib said to the police men,”take him to the jail.” At that time Hero’s brothers,father,mother and Heroine also came there. Then Hero said to Saqib,”Saqib…” Then saqib said,” I also became a police man in your department.” Then one police man said to hero,”All planning give him for you.Therefore sir order to made police man to saqib because he was very happy. Then Nawaz Gull also came here with sweets and said,” take sweets,after all I became a father of police man.” Hero’s father said,”why not?” But Heroine’s eyes was full with tears. Nawaz Gull said to Heroine,”why are filled eyes with tear.” Then heroine said,”I am remembered of my father.” Then Nawaz Gull said,”daughter,you consider,I am father of you.” Then she met to Nawaz gull. Saqib said,”sister,I am brother of you.”

Stronger Legs May Indeed Be A Secret To Staying Slim.

Legs Muscle is a mixture of many small and large muscles, to be more precise six of them. Hamstring…

Thousands of snails doe daily. Thats why i do my best to save them and bring hem to the safety of th…

How To Be Successful???

Friends there are two types of people in the world, winners and the losers. Both of these could be s…