This one was extremely hard to pick, because Shenmue 2 is chock full of so many great themes and memorable music. Shenmue 2 along with Star Wars KOTOR were my top two favorite games on the original Xbox and from that 2001 to 2006 era of consoles which included the Playstation 2 and the Gamecube. 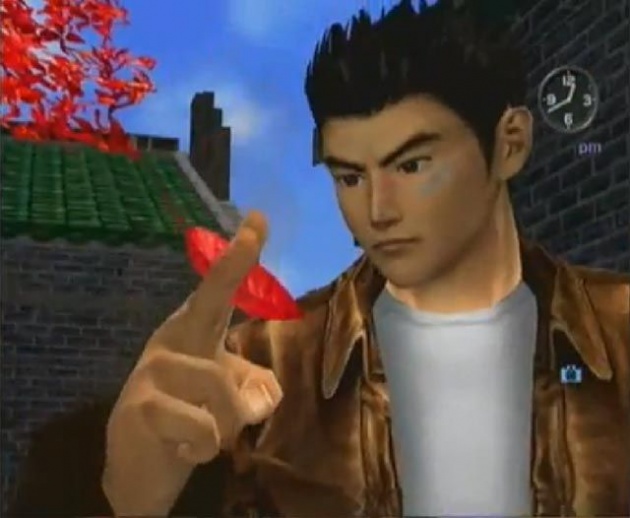 I had heard of Shenmue before. It, alongside Sonic Adventure and Virtua Fighter 3, were among the landmark experiences on the Dreamcast and definitely a game that was heavily advertised. But for some reason I never got around to really playing it (I had no job at the time either). But when the original Xbox was brought into the home and I could save a few dollars on a week to week basis, I knew I'd buy this game because it also came with a movie disc of the first Shenmue's story, told in cutscenes and some advanced editing from the game engine itself. It was a blast to enjoy, like a 1 hour prologue to my eventual gaming experience with Shenmue 2. I didn't feel lost, I knew pretty much who the characters were, and what I'd be doing next.

And still, the experience of actually playing Shenmue 2 was like nothing I had played up till that point.

You have to understand, I grew up in a household of three additional brothers. So most of the games I grew up playing were multiplayer experiencesl fighting games, sports games (most Madden), racing games, PC shooters, and so on. I did of course play platformers, but up until this, I had never played a single Role Playing Game in my life. So Shenmue 2, as an action RPG, was like my gateway experience to this genre of games I had never gotten to play before and it was an amazing experience. The action and fighting scenes were extremely well put together and spaced apart from the game's adventure mode and sense of mystery and discover. The music, composed by a pretty big list of hired help from Sega, was a breathtaking mix of classical with amazing Chinese and Japanese influences. And as a fan of anime and eastern cultures in general, it was such a delight to hear.

So with that said, I really had to think very hard about which theme in particular I was going to pick from this amazing game and for my blog series. After wracking my brain about, and listening to various themes over and over again, I came across a comment I made on YouTube about one particular theme from Shenmue 2 and I think it sums up my thoughts and feelings about this part of the game rather succinctly:

One of my favorite parts of the game. I had to force myself to actually calm down and concentrate on what I was doing in order to complete this. Then Xiuying came back and said I had to catch three leaves in a row, consecutively, and well...I'm sure I said something unsavory ;-)

And so I present Catching Leaves from Shenmue 2. Who knows? Maybe you'll feel a calming effect as well while you listen to it!