Hello, Bitlander friends. I have joined the site on the third week of October 2017. By the time of writing, I am now at least 60 days actively participating in this site.  Here is my journey in this awesome site. 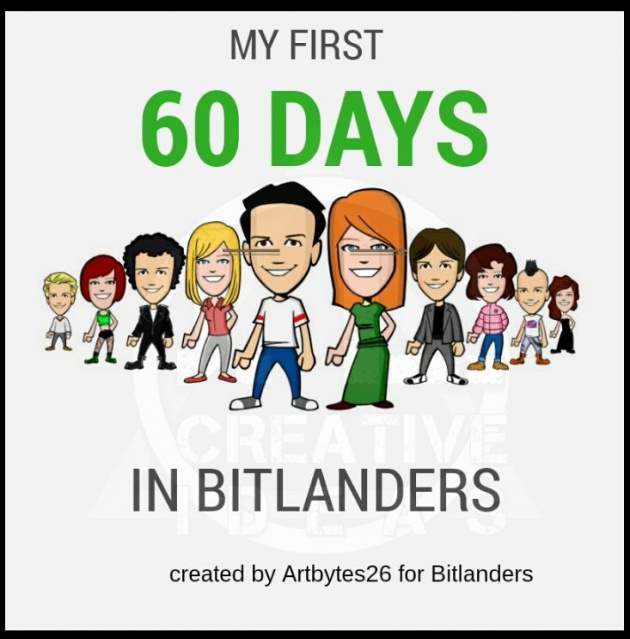 How I Found out About Bitlanders

Before I found out about Bitlanders, I was already writing on other Social Blogging sites and forums. It was in a forum where I found Bitlanders through another member. I joined this site through her link. I believe her name in that forum is Cinderella (I don't know her ID here) . However, I did not give the site so much taught after joining. Not until @AdGoggleKo mentioned in one of my discussion in Mylot how much a member could possible earn from this site.

One of my biggest regret at this time is, why I did not find Bitlanders when it was just starting

Start of a New Journey

Well, I have stumbled  on my first step here in Bitlanders. My introductory post: "Greetings Bitlanders! I come in peace"  was not even a bit impressive... In the words of Ms. Hillary at least. My biggest mistake was I totally ignored Bitlander's guidelines in creating an impressive blog post.

A journey of a thousand miles starts with a single step.

For  my first posts,  these  are some of the  mistakes that I did: 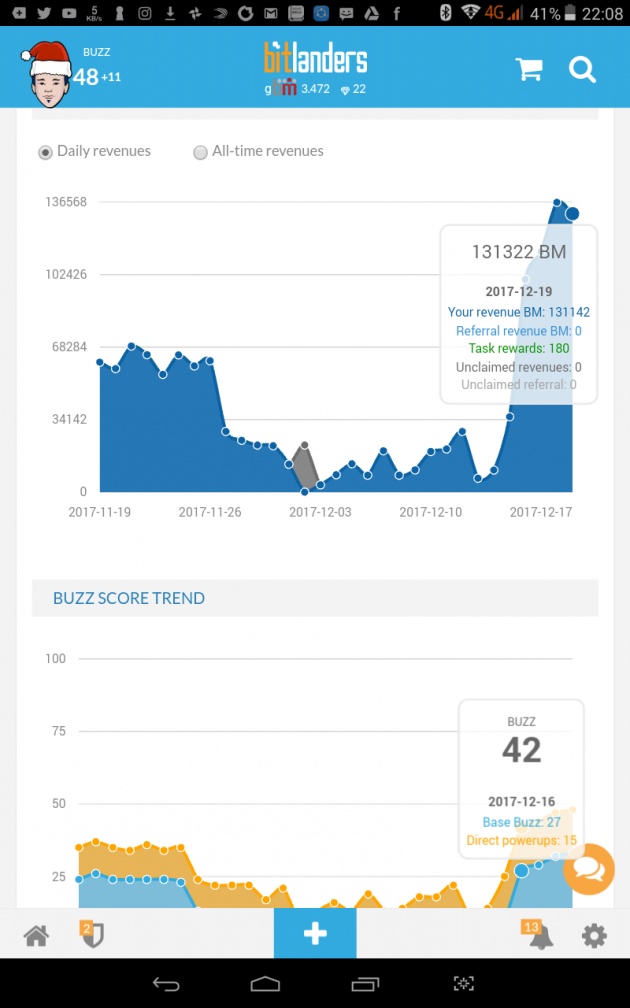 Image Credits: Screen shot of my daily earnings. By @Artbytes.

Nevertheless, my daily bonus gradually and almost consistently grew. There were some days that it dropped a bit but as long as I log in everyday and do some activites in Bitlanders, the daily bonus grows gradually again. While I spent some time contemplating what topic to touch in my blog, these are the daily activities that helped increase my daily bonus.

I created my second blog post with the essentials in mind:

However, it was even a greater failure. Perhaps the biggest that I would ever get in Bitlanders. While my first post got me a couple of gems, the second got none! I did not hear anything from Ms. Hillary about it. I consider it as disapproved and say goodbye to one of my free submissions. Though I had no feedback, I have my speculations why.

My third submission was better. "What Christmas Does Means To You". Ms. Hillary said at first that she was impressed. But I guess it was not "technically" good enough to earn more than two gems.

Watch the video to know what Ms. Hillary's comments and suggestions.

As of the time of writing, the biggest bonus that I have earned so far is about 208,095 BM which is equivalent to $0.208. I hope my Daily Bonus or Reward continute to grow until I could more than a dollar a day. 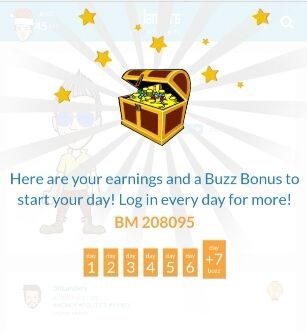 Though it's been over a week since I uploaded my second blog my earning still increased. I believe, my daily activities which I listed above helps.

For over a week now, I had been included in the top 30 in the Leader Board. I made it to number 25 once or twice then dropped back to number 30. Today with 55 Buzz, I made it number 20! 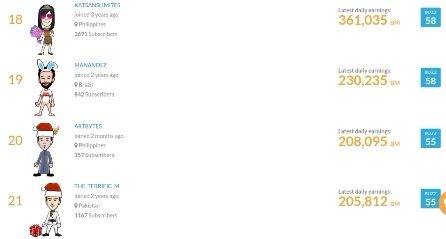 Image Credit: Screen  shot of the Leader Board by @Artbytes

Currently the Top 3 position in the Leader Board are occupied by my kababayans (fellow Filipinos).

Learning From My Mistakes

A man must be big enough to admit his mistakes, smart enough to profit from them, and strong enough to correct them. 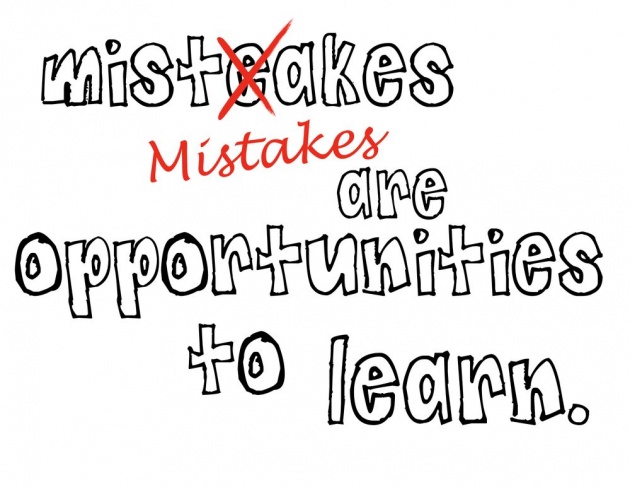 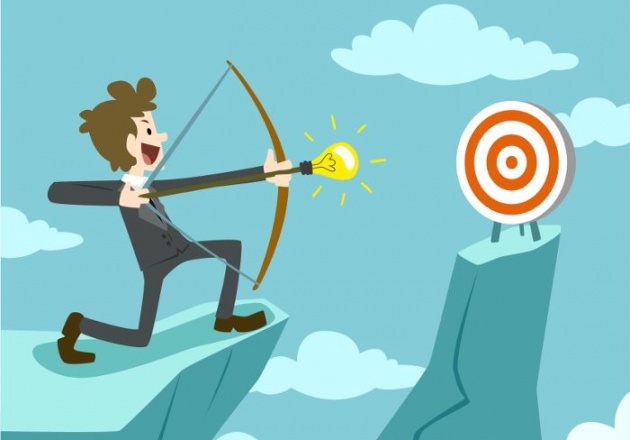 208,095 BM means $0.20. For a newbie like me, that's good. On the average it's abit higher than what I earn from the other blogging site where I write. But it is far from enough. I aim to earn much higher.

I would be happy to be included in the top five and earn $3-$5 a day. That rate will be good enough for more or less an hour of work a day. I have read that some Bitlanders used to earn $10.00 a day. That is my goal here in Bitlanders. 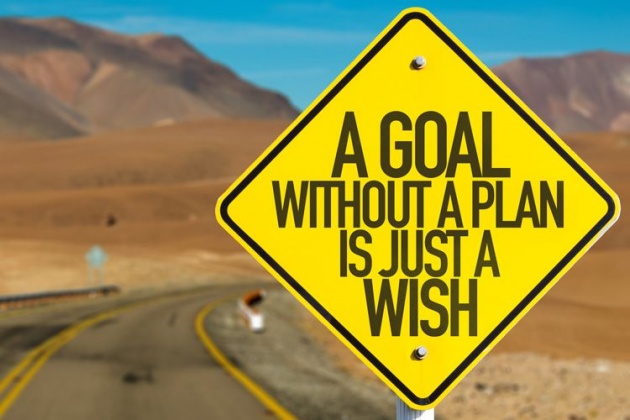 Since what I have been doing so far gradually increases my earnings here in Bitlanders, I still have to do more to earn more. Specially on the referral part.  So here is my game plan.

Hopefully with this game plan in mind, and I stick to this, I will be able to reach my goal. 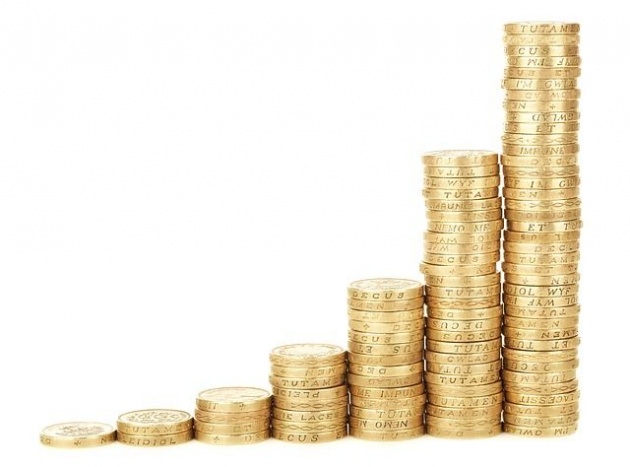 This is my experience and learnings in my first 60 days in Bitlanders. So far I could say it was a great learning period. Hopefully I have learned enough from my experience and mistakes and earn from them. I was hoping this could serve as a tip or tutorials to you as well. Specially if you are new here.

This is it for now Bitlanders, if you have some comments or suggestions, please put them in words through the comments below. Thanks for reading and have a great day!

Join me in Bitlanders and earn from your contents

If you have not joined Bitlands yet and you are a content creator- a writer, blogger, photographer, an artist or a hobbyist, you can earn from your creations by uploading them in Bitlanders. Joine now by clicking here.