My husband and I became a debtor as 'filial'

When money traders had, she took my husband and spent for other purposes. Hybrid suffering more pain, my husband borrowed to cover everywhere but could not. She said: "Who gave you many years of schooling, I dump piles of money for you, now I get back."
"My husband and I were married after 3 years know. I understand him more than myself and him, too. Now we are very happy. My husband graduated pharmacist, but I am also a bachelor's degree. I work working at a private university, but he is open to a dealer mother pharmacy in the local market and the dark days and start from there.

My husband's parents are retired officers. My husband is the youngest son in a family of three brothers. He even had a wife, but he is studying design pharmacist. Part I of the husband continues to work, a year later we have added a new member, the girl is all of us happy.

At this time my mother opened the pharmacy to his agent in the business, with the thought and desire is to help out the economy, help the family because we are the youngest child should have to live and share family My husband was not well off. So far so good then, all of them seemed to be within reach, in its arrangement. But life is never as desired. From 2 years, our lives always choking, sometimes want to give up, want to escape it all.

The reason is because of all the capital pharmacies are not so into my mother's money that the bank loan. Mother took the red book was mortgaged to the bank, the initial loan of 100 million, 100 million more hours of additional borrowing to invest pharmacies. But if the loan amount is 100 mothers do not invest all that just dropped into the pharmacy to buy medicine cabinet and rent deposits, totaling only about 1/3 of the amount borrowed 100, she spent the rest used for other purposes without talking through my husband.

He stood in the name of selling drugs is the family business, all capital from drug sale are initially owe all, the principle of overlapping, semi finished paying for the old company regain something new. Thought so too, although two white hands, but he did not step into fear.

The truth is not like I think, the first time by not knowing how pharmacy business should have no interest, even negative debt, plus any spending (rent, bank interest 200 million borrowed my mother since when he has time to pay monthly interest). So where did the money to pay back the initial capital to purchase, take on new drugs to sell? At this time, the right of the mother to solve my husband but because of the tight economy, money is not available, nor can borrow one to manage.

So every now my husband burden to bear, share my meager salary just enough to care for children less than 1 year old. He endeavored to calculate, night and day to think how can undergo this time, the study drug was removed to continue trading. My mother gave him wearing only one sentence after listening to the situation said: "You want to do what they do, I do not know". As lightning in his ears as his mother repudiation of responsibility, which causes difficulty today is all about the mother.

Knowing that so he still press the abdomen bear knowing the pharmacy can not just business but closed again, he knocked on the door to borrow every friend, acquaintance for help. Fortunately for him was finally able to pass the time as difficult, though very large amount.

Thought I could control myself in that trade, and not to fall into the situation as before, but the stability, money traders had, my mother again for the reason that of the parent drug house, we I'm making money selling general should have the right to use the mother. Mother took and spent for other purposes. And so, despite my husband's objections and explained his mother had all her words to be true.

Hybrid suffering more pain, my husband from time to time borrow one end to the other end fitting managed to hope can pull up and maintain the drug business. But it was beyond his ability, in debt as he was unable to continue. He has spoken many times for help mother and mother explained to understand, even on how many times he was close to her pharmacy and fill it with another job.

The result is totally opposed mother and repudiation, she said: "Who gave you many years of schooling, I dump piles of money for you, now I get it. You already fully fledged, want signaling for me with three stars you like that? You're closing the pharmacy for people to laugh at me or what "?

Heartbreaking for him, because he wants to live a full two letters "filial piety" that have suffered bites commandments, but he could withstand time when he was also the daughter and wife to worry? Sao mother kept pouring all responsibility for him? Filial piety, why she did not say this to him two or three, but he? Expect readers to share with my husband, we have to do what's this?

"My husband, brother injured him too. I could not ask for help because Su grandparents grandparents so it is impossible to exchange know, just know that run silently vạy thanks to his friend. But his also could not ask for anymore, you always ask, do not know more or less, or only know the familiar face are also knocking on the door. Now your friends and your spouse names mentioned they were all afraid of a loan, to be ask for help. So why are you sad? " 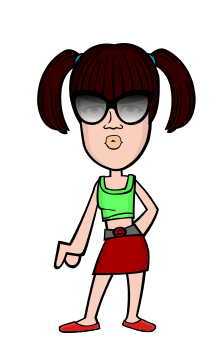