My most avaited movies of 2016

2016 is a year of superhero movies so that is why i am very excited about it, Because i have a so much interest in comics whether a Dc comics or marve comics, I always considered both of them equal always, But i do have a favourite superhoro, So that's why my most avaited movie is:

After saw a trailer of this movie i have to say it was a best trailer i'd seen in a while, and also a second reason to put captain america in my top 2 list is because of Black Panther !, Black panther is also a very coolest marvel character, They have to boost his character on a bigger scale, And also let's hope they also give some role to a spiderman in this movie, Because spiderman also need some boost diparately.

I really dont like deadpool as a character because it is annoying as hell !, I dont know why he speak so much without any matter, But never the less deadpool is a stronger character and an entertaining character but make me mad sometimes, But i have to say the trailer looking so promising and also looking like that deadpool will dominate some of a box office records,(Just saying)

I'm not exciting so much about this movie, Because a trailer not looks so exiciting to me, And also a trailer is seriously missing wolverine, i will say a brain and as well as a heart of Xmen series, So this can be also a fact that it not really attracts me, But never the less it's a movie of a very big franchise by itself, And i really think that it will also do better in theaters.

Suicide squad according to me is a over rating movie (like Batman) which is coming this year, The trailer is not looking so promising except joker and deadshot and harley, the cast is also not looking so good to me, And also trailer looks so predictible, But lets hope that it will give a nice surprise to me and also others which is also thinking like me !

So guys which movie comes in number one place in most avaiting movies according to you do comment.. 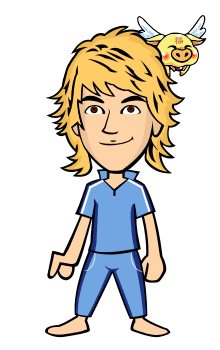 Just want to be a self made man :)