It all started when I lived in my tita's billiard house and after I joined the choir in our chapel.

I always felt like someone's watching me whenever I'm alone especially in the bathroom of the billiard house.You know that feeling when there's a presence right?

As a music lover I am,I record my voice almost everytime i sing.One night,we were practicing songs for the mass in the chapel's office,we encircled the round table,the electricfan was on.I took my cellphone out,put it in the center of the round table(away from the electricfan's wind) and started recording our song.I got shocked and scared when i replay the record cause it was like a humming of an angry spirit.I told my choirmates and They listened to the record,some of them cried because they're too scared.We went home after that.It happened a lot that i thought maybe there's a problem with my cellphone but no,because I always recorded fine but i also recorded a lot of that angry humming sound.

It rested for a week or so then I recorded the same sound again in our room in the billiard house.I was alone.I got used to it so after i listened to that same sound,I finally got the courage to ask them/it/she/he "What do you want from me?I can't understand what you're saying.Can you please make it clear next time i record so that i will know how to help you?) Days passed but there were no humming recorded until one day it was raining outside and i was in our room.(me and my mother)

I was sitting in front of the window and again,i started singing and recording and then There it was!Voice loud and clear but it's so low.A man's voice saying "Gumising kaaaaa,gumising kaaa" and he also mentioned some words from the song i sang(The rain's sound is there but my voice is replaced by the man's voice).I couldn't understand why he's telling me to wake up.I even let my Choir trainors listen to it but they said that I just made it up.What for?No i did not.Untill now i can't find any suitable answer for that.

Me and my two other friends love taking selfies especially inside or outside the chapel.We often capture some of the spirits/entities that live in the chapel or in the chapel's garden.We could make out a whitelady,or scary faces when we take selfies at night and the background is the garden.It was often.

One night,we were eating snacks after we finished practicing,we were all at the left side of the chapel,Ate wilma(my friend) borrowed her bestfriend's cellphone and went to the long chairs of the chapel(2meters away from us,the light on that side wasn't on,only the light from our side was on). She started taking selfies and suddenly she went straight to her bestfriend and showed her something.They were terrified.I asked what it was and they showed me her Selfie,there was a woman behind her sitting on the chair,bowed with a piece of circle black cloth on the head(i forgot what it's called),she's like praying.I was horrified,i got scared.I wandered my eyes everywhere but there was no woman inside the chapel.Her bestfriend took the cellphone and after a moment i tried to look at the picture again but the Woman was gone,she was gone!How was that even possible?she wast just sitting in the picture and a moment she was gone!Ate wilma and her bestfriend also noticed the disappearance of the woman in the picture.We told our trainor to go home cause we we so scared that we could've pissed our pants

Again,we were practicing at the left side of the chapel (we're always practicing at saturday night or whenever our trainor is available) when suddenly ate wilma cried and she was too scared to look at the door on the right side of the altar.She said there was an old woman staring at her angrily.(Ate wilma is a bit noisy and boisterious) That was probably the reason why the old woman was angry.Maybe the old woman doesn't want noisy or boisterious people around the chapel. 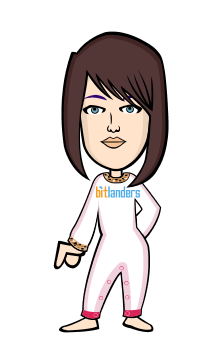 déjà vu. OMG! I think I've been here before.

sometimes I would take a moment to surprisingly look at a place for a while, not for the purpose of …

I'm going to keep this as short as possible ... This film sucked! Okay, a little more information th…

Co-Produced and created by Oren Peli, the man behind the phenomenally successful Paranormal Activity…

I recently came across an interesting YouTube video that is really, pretty spooky. Maybe you have se…

"The Purge" Gets New Release Date

"The Purge" starring Ethan Hawke and Lena Headey gets a new release date. It was going to open May 3…