My Top 5 Favorite Anime Shows From the 1990s


The video above is a clip from one of my favorite Anime Shows from the 90s (and early 2000s).


Hello, Bitlanders. I'm going to take a break from the usual topic - personal finance - for a moment, and switch to 'entertainment'. Namely, my top 5 favorite anime shows from the 1990s and early 2000's.

Back in the 1990's (or even in the 80's), most kids, teenagers, and young adults even are hooked on different Anime shows. Needless to say, I was hooked on some of these Japanese animated cartoon shows.

Now while most of the anime shows have out-of-this-world settings and storylines, and some are based on myths and perhaps, Japanese folklores exaggerated 10 times over, there are some storylines that are quite close to reality. Personally, I am more into the close-to-reality settings.

I have watched several anime shows, I admit there are some that did not appeal to me at all, some hooked me like a fisherman who caught a fish with a line. So without further ado, here are My  Top 5 Favorite Anime Shows From the 1990s (and early 2000s) 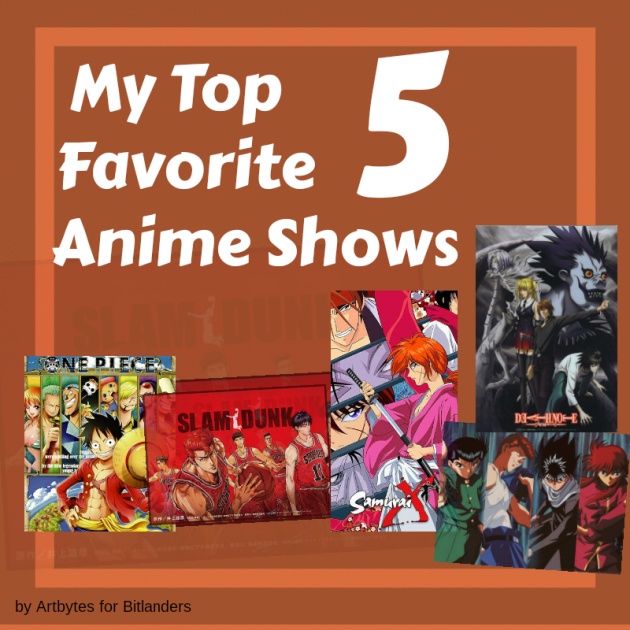 Basketball lovers would definitely love Slam Dunk. Adopted from one of the best selling manga series created by Takehiko Inoue.

Slam Dunk is a story about a delinquent student and gang leader, Hanamichi Sakuragi, who reluctantly joined the Shohoku basketball team. Sakuragi had no prior experience with the sport. He was highly immature and hot-tempered. His only strength is his natural athleticism. And the only thing that drives him to join the team is his hope to impress and get close to his crush, Haruko Akagi.

He joined the team with other highly skilled players including his rival Kaeda Rukawa. Though Sakuragi's original intention of joining the team was just to impress Haruku, he later came to love the game. Soon his determination and dedication to become the strongest player bore fruit. The Shohoku basketball team was not a well-known team. The team struggled and fought hard until they gained popularity and became a strong contender for the national championship.

This is one show that I love to watch again from the start and see again how the characters and the team developed. 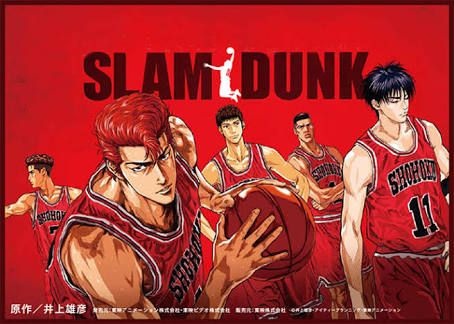 My Opinion on the Anime Show.

Slam Dunk is fun to watch. Though the show depicts the emotions of the players after and in between games, after each victory and losses. It shows the different struggles a basketball player could go through. As far as I  could remember though, It's always funny when Sakuragi would lose his temper and go SD (Super Deformed).

One unusual in this anime though is, either the players think so fast, that they could think of a whole dialog while the ball is in mid-air. Either that or they could throw the ball ins Super Slow-motion that it takes several seconds before it touches the ring.

And their coach… I've been wondering if the coach knows the game because it seems that he just sits on the bench with a blank stare. It's always the team captain who directs the game.

Eugene- another delinquent-trouble-making-teen-ager turned hero when he saved a boy and died. An act that even the "spirit world" was not expecting of him. Because of his act of selflessness, Eugene was returned to the living as a "Spirit Detective". 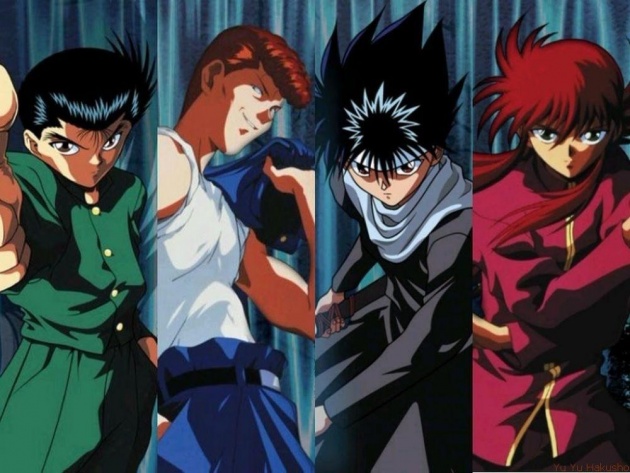 It's been a long time since the last time I watched this show. The anime has generally a serious aura, except for the comical antics of Kuwabara. Both Hiei and Kurama are serious characters. Hiei projects a dark and serious aura, while Kurama is sinisterly "cool" during his battles.

As I was looking for information about this show to jog my memory, I came across this site: http://ww1.chia-anime.tv/episode/ghost-fighter/

Another good news for Ghost Fighter fans is the show is set to return this year! 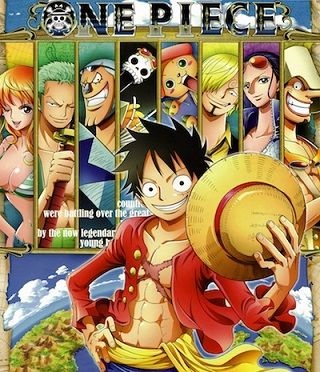 I have only watched a fraction of the 800 plus episodes of One Piece. I remember a kid literally fell off his chair laughing when they were watching an episode on YouTube.

One Piece is the story of the straw hat-wearing pirate Monkey D. Luffy who's the only goal in life becomes the King of the Pirates. Luffy ate a Gum-gum devil fruit that turned him into a rubber man.

He rounded up a very unlikely crew for a pirate ship.

1. Nami- a very clever thief and highly skilled navigator.
2. Roronoa Zoro - a bounty hunter and creator of the three-sword style (Santoryu). His goal is to become the strongest swordsman in the world.
3. Vinsmoke 'Black leg' Sanji - the sharply dressed chef of the crew with a mean 'Black Leg' kick.
4.Usopp - the long-nosed, coward, sharpshooter. He loves to brag about his made-up adventures.

There are other characters who joined the crew later. But as I said, I saw only a fraction of the more than 800 episodes. I sure love to watch them all. 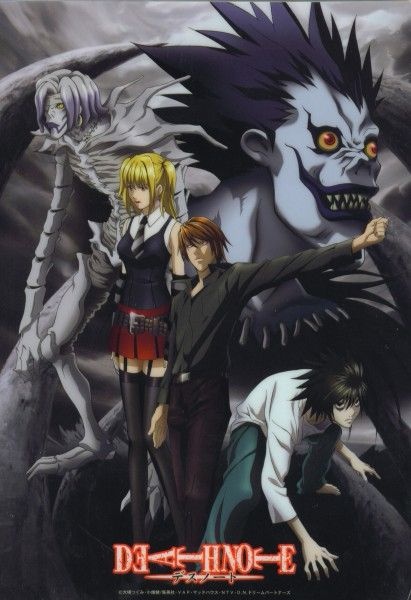 Death Note, released in 2006, is quite different from the other anime shows that I have watched. It has a more serious note in it.

A Death Note is a supernatural notebook used by a Shinigami. If a name of a person is written on that notebook, that person will die.

Light Yagami discovered one of these Death Notes. He started using the notebook to kill criminals. However, the baffled authorities started investigating the series of mysterious deaths of known criminals. Having no clue or whatsoever, the police got help from an equally mysterious and ingenious crime solver known only as 'L'.

The show has become a battle of wits between the equally intelligent minds of Light and L. It so happens that light is the son of the head of the investigating team of the police.

“The real evil is the power to kill people. Someone who finds himself with that power is cursed. No matter how you use it, anything obtained by killing people can never bring true happiness.”

The Japanese live-action adaptation was just as excellent and entertaining as the anime series. I especially love the CGI version of the Shinigami Ryuk 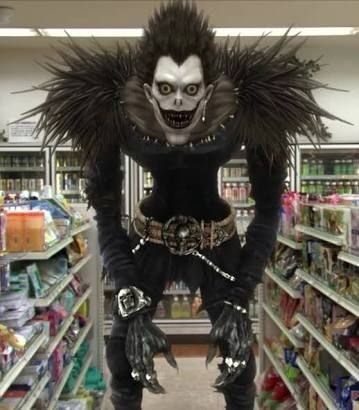 As for the Netflix version, I still have to see an episode.

Before I go to my most favorite anime show from the 1990s there are some anime shows worth mentioning. Not that I don't like them. I just haven't seen enough episodes to make my judgment. To say the least, these are interesting anime shows.

Other famous anime shows from the 90s

There are still some other shows that I haven't seen or just saw a small portion of an episode. Surely I would like to watch them one of these days.

Now for my favorite anime show…. 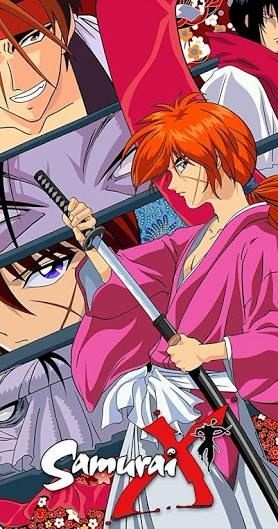 Himura Kenshin, the wandering Samurai with a reverse edge sword!

Himura was an assassin for the government during the Meiji Restoration period. He was known as Battosai the Slasher or Battosai the Man Slayer due to his sword style that was derived from Batto-Jutsu. Battosai was known to be the strongest of all slayers.

Wearing an X-shaped scar on his cheek,  Kenshin reappeared 10 years after the war has ended, Vowing, never to take another man's life again, he now wields a reverse-edge sword.

Upon his return, however, his former enemies started to show up as well. Bent on taking the title of being "The Strongest" from Kenshin.

One of those who sought that title is Sanosuke Sagara. A brawler who challenged Kenshin into a fight. After Sanosuke lost in the fight, however, he allied himself with Kenshin. 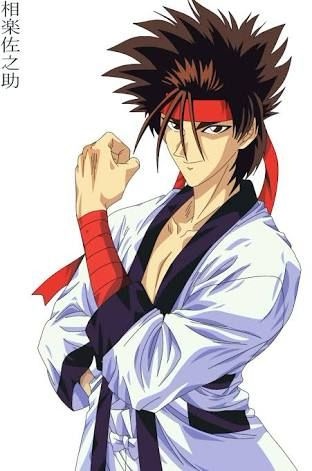 Another character who challenged Kenshin and became an ally is the former Captain of the Third Squad of  Shinshengumi (Secret Police), Saito Hajime. One interesting and intriguing fact about Saito is, this character is based on a Samurai who existed during the late Edo Period. Read:https://en.m.wikipedia.org/wiki/Saitō_Hajime_(Rurouni_Kenshin) 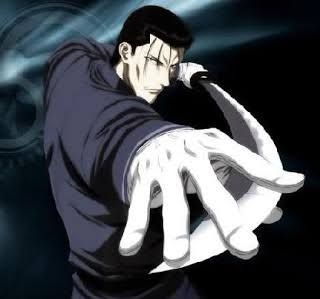 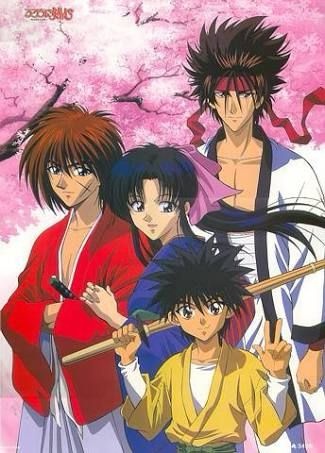 The origin of Kenshin and his scar was never shown in the series. However, it was shown in a two-part movie released by OVA.

The highlight of the series was Kenshin's fight with Jupon Gatana and their hell-bent leader, Shishiro. This storyline was adapted into the live action movie.

The three-part movie adaptation was sensational. The fight scenes were amazing, showing Kenshin's god-like speed. Though they changed the storyline a little bit, combining some episodes into one storyline, the overall plot of the trilogy is almost flawless.

Why I love Samurai X

The setting of Samurai X was based on a historical era of Japan. Frankly speaking, I got interested to learn more about Japan and her history upon watching the show. Moreover, no matter how strong Kenshin is a swordsman, the series always show how human he is.  He may have superhuman speed and strength when fighting, but he always gets hurt.

In the past, he was a ruthless killer but after his enlightenment, all he wants is to protect the weak without killing his opponents. Many times, his oath not to kill was directly challenged by his enemies.  And perhaps, his biggest struggle was to express his feelings to Kaoru, whom he married in the end.

Influence of Anime to me.

As an artist, I love the way an anime is drawn. Also, they inspire me to create some characters of my own. I have even started my own fictional story. The plot is actually playing in my head. Who knows, one of these days, I could complete that story and publish it online.

Until then, this is Artbytes saying, Thank you for reading.

The content of this blog post is the author's original work. Proper credit is always given to the respective sources of information and images.