There you go again, the month of darkness, time for dark costumes, fangs, fake perhaps, black or dark hoodies, black or white or pink candles alike, pumpkin decorations visible everywhere and every little thing that talks about death and bloody scary somethings. This is the perfect time for telling every child about vampires, white ladies, ghosts, Shinigami Ryuk - like characters, death dealers and just random make up stories that would ignite fear for these children who don't want to sleep at night. 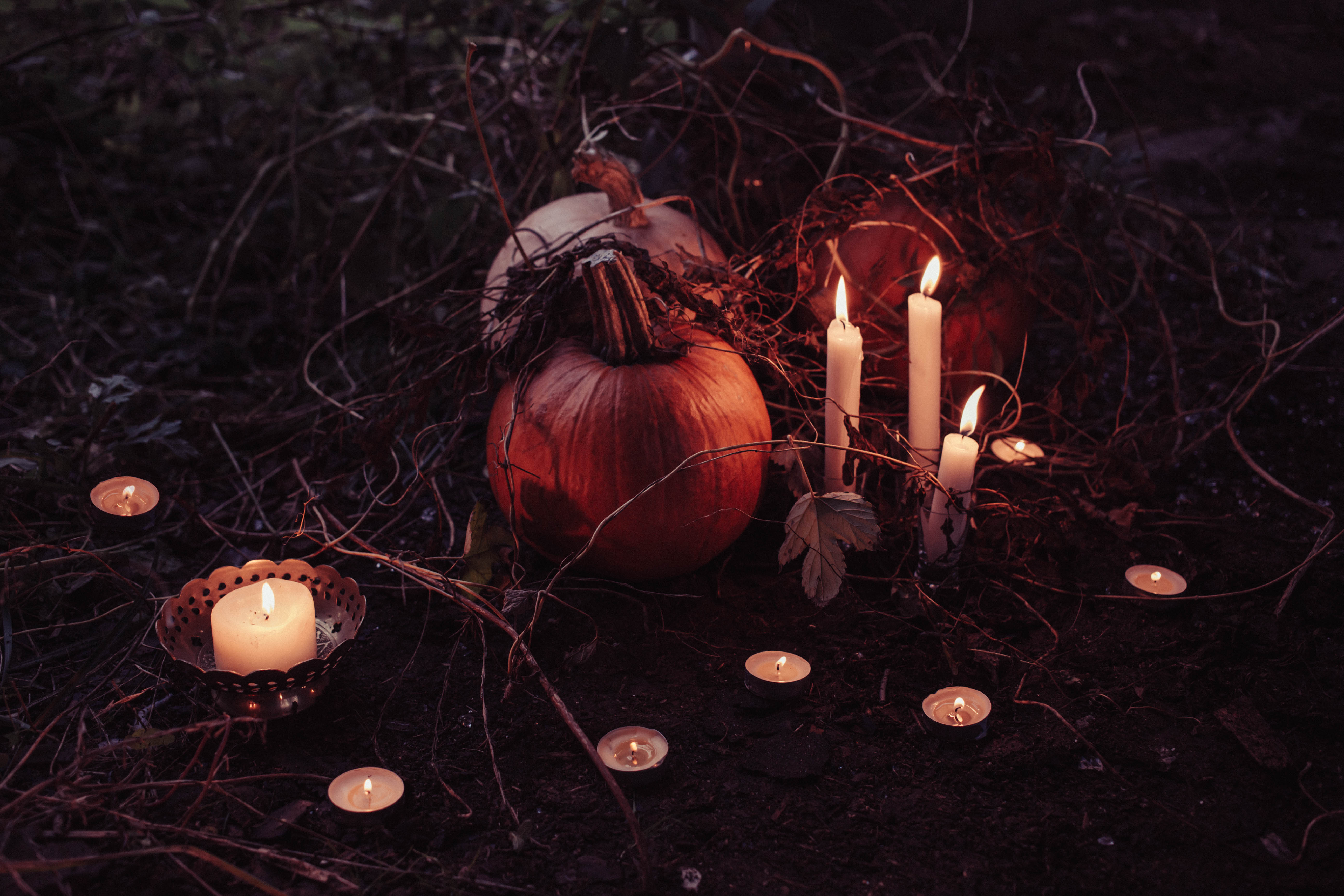 I had my own share of scary stories, most of them are real ones, I mean those which has been personally shared by the person who experienced it and even was right there included in the scene when that even happened. Thinking about it, I am not sure if I believed them however, reminiscing on their stories still bring chills to my bones.

Because I have no other topic in mind tonight, I thought I should just share these stories to you all. I hope they'll also keep your eyes open and your arm hairs stand and of course chills to your bones too just as how my body reacted to these stories.

Top 5. The faceless white lady living next to our old house.

I was still in grade school when this happened, this was perhaps the first thing that made me think that it is possible for these creatures to be true. I don't know but perhaps they are real however, I have to leave the thought of them being really real because that would just scare me even more.

It was a normal day, my brothers and I were playing outside our house, we have a spacious lawn with green bermuda grass where we used to play all sorts of games together with our neighbors and friends from school. Every single day, after school, we'd come here and just run, play whatever we want such as jump thorns or luksong tinik as how we refer it here in the country.

Everyone were laughing, jumping, telling jokes and even trying to show everyone else how good they were in the said game, I was however not a good competitor in any game. In fact, I dislike games a lot specially those kinds of competitive games. My three brothers usually would not allow me to join certain games so I really didn't develop the competitiveness on certain physical games.

My little brother was also playing with us of course, my parents were sitting at our veranda watching and observing us while we were enjoying our time. All of a sudden my brother stopped playing, he was just standing there in the midst of us, not moving, not talking, almost not even breathing but his eyes were wide open. He was looking at one direction, we all looked at where he was staring, it was the old mango tree or perhaps the banana trees, we don't know but he was just looking at that portion.

My parents hurriedly went down to him, shook him by the shoulders and ask him what he was feeling, but no avail. He was not responding! So they brought him upstairs and then he started having fever, a really high one, capable of bringing someone to convulsion. We were all terrified with what's going on with him. He was not talking at all.

Mama gave him medicine for the fever and covered his entire body with thick clothing. We even prayed and asked God for healing.

After awhile, he seemed to have wakened from a bad dream. He told mama he saw a a lady in white facing him while he was playing but that he couldn't see her face. He mentioned the lady was coming closer to him and he was stunned, he couldn't move. Everyone of us were also stunned, it felt like someone poured a bucket full of ice as he was telling the story.

All of us started hugging him and telling him that what he saw was not true. He might have just dreamed about it. We prayed and prayed until he was able to sleep again.

By the next day, he seemed to still remember the event but was already feeling fine. He don't have any fever at all. I on the other hand would not go near the old mango tree nor the area with the banana trees. We all were changed by that event.

Okay, so here's yet another story that still made me laugh and scared at the same time. My mother told us this story on a normal day when our family had lunch at home. We need to be at the table together in every meal, we got to pray together and start eating together. So that also means, we have our real talk over our meals.

One time during lunch someone opened up about ghosts. Then mama shared her own similar experience which ended up with a laugh. This was how it went.

As how mama described it, her aunt died because of old age. When she was still alive, mama would often see her sweeping their grounds where a jackfruit tree stands. Mama was still in high school at that time when she died. But before she died, each single day that mama would come home from school, she'd always greet her aunt good afternoon since mama passes by their house.

A few months had passed after her aunt's burial, mama was in a hurry to go back home because she was already late, it was almost sunset and she has not yet cooked for dinner, she was assigned to do the house chores at that day but because of certain school activities, she got home late.

While walking in a fast manner, almost running in her phase, she noticed her aunt sweeping from a far. She then called her name, greeted her and smiled. Her aunt waved back at her and even nodded which she usually does when she was still alive.

Mama smiled back and went on her way, she then realized that her aunt had already passed away and was even buried a month ago. Realizing this, she turned back and checked if her aunt was still sweeping under that jackfruit tree but she disappeared, nowhere to be found!

That's the time that my mama realized she had just seen a ghost! Her aunt showed up to her and she can't help but get terrified, she hurriedly ran for her life towards home.

It was supposedly a scary story but we all laugh at how mama's reaction and how she delivered her story at our dining table. Everyone laughed when she told us about her realization and how she ran towards home. She almost crash on the ground for running.

I never thought I could type more words than what I had imagined so I need to cut the blog into two parts as I have written a thousand words already. So I have to stop here and please watch out for the second blog.