A marine science instructor, Jasmine Santana, found a massive sea monster a.k.a. an 18-foot oarfish off the southern California coast.  Can you imagine the surprise she must have felt when discovering a gigantic oarfish on a late-afternoon snorkel?

This is one of those discoveries that we will hear about for decades, as this deep sea creature remains a mystery to the science world. The main reason why? According to CNN, oarfish are primarily found and temperate or tropical waters but they are very hard to find either dead or alive. 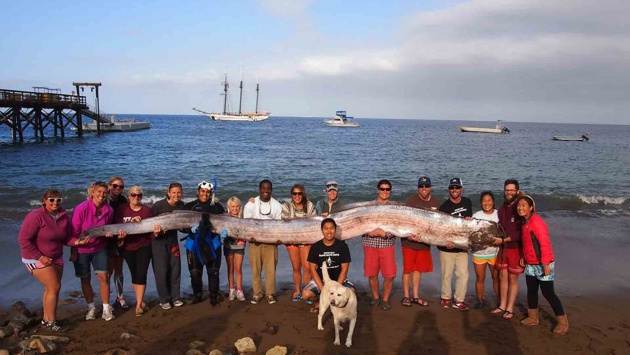 Thus, it is quite remarkable for a marine science instructor to find an 18-foot oarfish carcass in shallow water approximately 15 feet deep near Catalina. Oafish are rarely seen because they primarily reside and very deep sea waters and then may rise to the surface after their death.

A fun fact regarding the oarfish is that many believe captains and seamen referred to these deep sea creatures as serpents of the sea that swallowed entire ships. 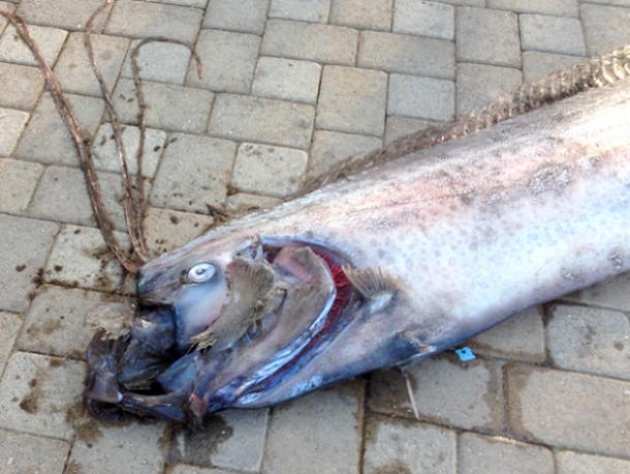 That's not the only see creature that washed ashore and baffled the world. According to the Huffington Post, residents of the Villaricos, Spain found a strange looking sea creature on the shores of their beach, where the only question that remains is what is this thing?

Some people have called it "Horned Sea Monster" while others state it is a "Mutant Fish" while scientists believe it is a 13-foot oarfish. Meanwhile, others still say it is a dragonfish that was dragged by the current from Africa. 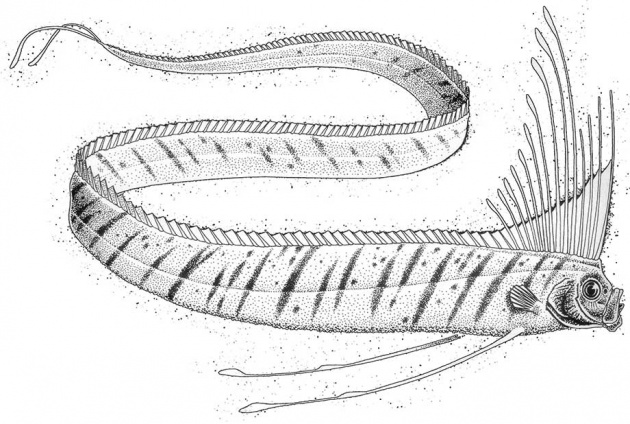 My only question of curiosity is, why are all of these mysterious creatures washing ashore now? The only other time that I can recall such an incredible find, is back in 1996 when Navy Seals found a 23-foot oarfish.

Manny, including myself, speculate that these recent findings are ever so slightly connected with global warming a.k.a. climate change. I feel these bizarre discoveries will only increase as more and more "sea dragons" wash up on our shores. 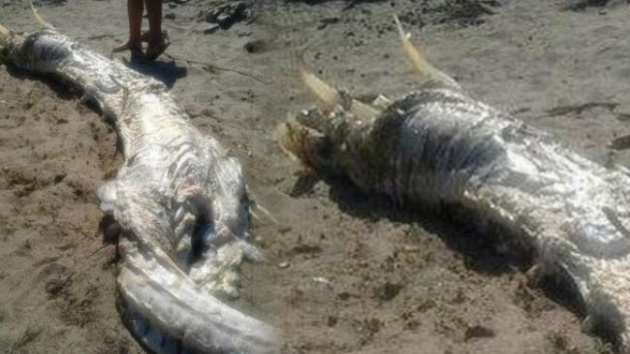 Nonetheless, it is quite amazing to see exactly what lies in the depths of the deep blue sea. but let's keep a lookout for any other mysterious creatures that wash up on our shores.