Mysterious Mose has come to haunt you! 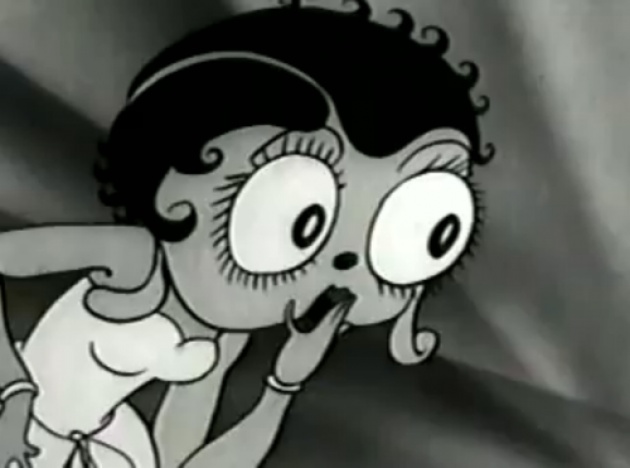 In it Betty Boop gets menaced by the titular character of Mysterious Mose and her scary adventure is set to a delightful song whose full lyrics are as follows: 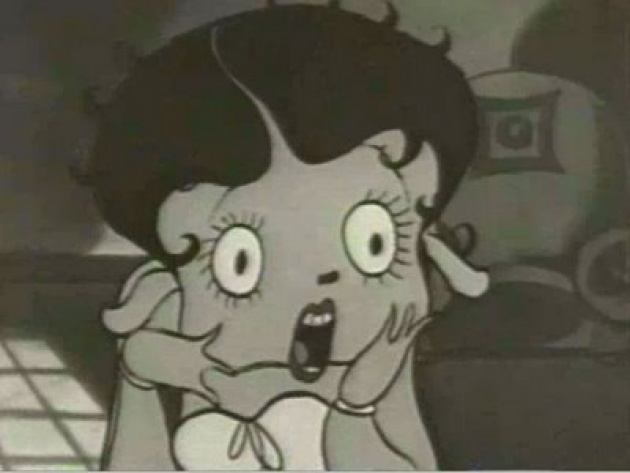 The cartoon begins with Betty terrified late one night in bed as the wind whistles and howls outside. She becomes so frightened that her top flies right off and she has to grab it back down while covering herself! While this was made in 1930 it was made before censors were more controlling so little shocking moments like this happen often in Fleischer cartoons. 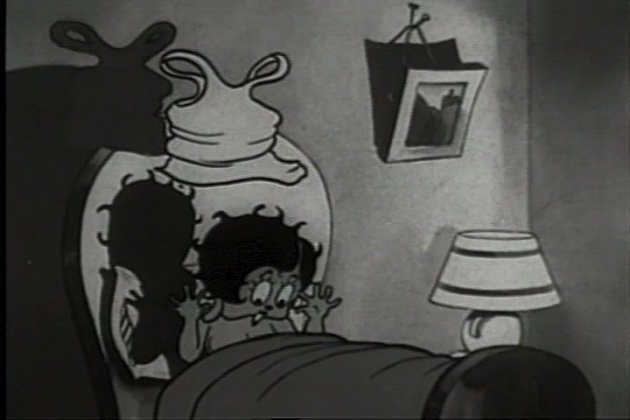 The cartoon is full of great sight gags such as Betty's cold toes growing faces and arms and clutching each other. Anything can happen in a Fleischer cartoon, and typically, everything does! Then a ghostly humanoid form appears under the covers next to Betty...She lifts the covers and in classical ghost fashion...There's nothing there! (For a much more disturbing version of this same scene why not watch the great English ghost film 'The Legend of Hell House?)
Armed with just a little candle Betty leaves her room and wanders the house's dark halls, trying to track down the ghost while she herself now begins to sing the Mysterious Mose song. The animation here is excellent. It's super rubber house style and her face becomes extra large and wavers around to the 'ooh-ooh-ooh' parts which is a wondrous visual.
She continues singing and we see the shadow of Mose wandering through the night, taking its head off and punching cats. You know, the usual stuff. This cartoon is so atmospheric and silly and spooky and pretty much I just want to libe within it, you know? Mose's shadow slithers in through the keyhole of Betty's front door and turns into Bimbo! 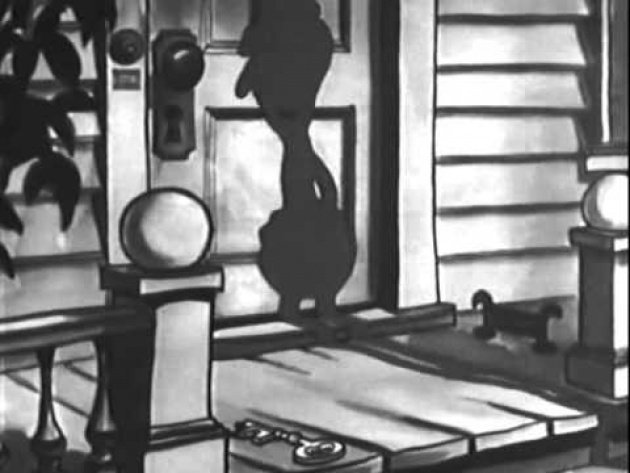 Bimbo then does a fantastic shuffling dance as the soundtrack shifts to Cab Callowayesque jazz music. He contorts his face into all sorts of wild shapes while grumbling and it's fantastically nonsensical and strange. Cartoons have never been better than they were here I do think!
Betty enjoys this dance and begins thrusting at Bimbo in what is again, a surprisingly sexual fashion, and her heart flies out of her so she has to grab it and drop it down her shirt. Her heart escapes again and Bimbo's heart (dressed as a burglar) steals it into his body. Things get even crazier from here to the point where even Bimbo/Mose gets freaked out by the supernatural shenanigans. Then just when you think the cartoon can't get even weirder Bimbo explodes into a pile of gears and cogs and wires and WHAT? Just wait, what? He was a robot? how? Huh? Well, I dunno but...AWESOME. 1930 bimbo was a wandering ghost robot. Okay! Well that's the greatest thing ever. Check out the cartoon below and see if you think the same!