America is fuming, South Korea and Japan are terrified, Russia is worried, and China is miffed. North Korea’s podgy pudding-and-pie leader Kim Jong-un has poked them all in the eye. Earlier this week, defying their threats and refusing their cajolements, he oversaw the launch of a ballistic missile — one with the longest range so far. State television showed him beaming from jowl to jowl, his generals chortling with joy, and a crowd in Pyongyang in strictly disciplined celebration.

It doesn’t really matter that the satellite put into orbit by the Unha-3missile is a piece of useless junk. After all, the real point was to show it has developed — or is close to developing — an ICBM capable of reaching the continental United States. Last month, North Korea had falsely claimed to have tested a massive hydrogen fusion bomb. (It appears to have been a much smaller boosted fission device.) Again, the real point was to provoke and to proclaim that North Korea is utterly determined to be a nuclear power. As things stand presently, nothing short of an all-out invasion and catastrophic war can now prevent North Korea from fulfilling its ambitions.

Nuke-missile extravaganzas don’t come cheap. Who but the poor must foot the bill?

With a new member set to join the nuclear club, shouldn’t Indians and Pakistanis be glad for North Korea and lay out the red carpet? Both countries have always said that going nuclear is any country’s God-given right. Both had (separately) celebrated — wildly and with abandon — when India tested five bombs on May 11, 1998 and Pakistan followed suit 17 days later with six of its own. Both said going nuclear made them great. They still say that.

That’s stupid. Once upon a time making bombs and missiles did raise the pecking order of a country. But if one follows this logic today then North Korea, whose population is eight times smaller than Pakistan’s and 40 times smaller than India’s, stands head and shoulders above both South Asian countries. It has survived much harsher international sanctions and has no friends. Like Pakistan and India, North Korea is also incapable of providing its people with stable electricity, universal sanitation, and clean water.

Nuke-missile extravaganzas don’t come cheap. Who but the poor must foot the bill? The United Nations reports chronic malnutrition in North Korean children under five — 33pc overall and 45pc in the northern part of the country. South Korea, which shares a common language and a common border, has a per capita GNP that is 15 times larger. Even China, which keeps North Korea from starvation and economic collapse, seems fed up with its problematic neighbour.

Like Pakistan and India, North Korea demonstrates another truth: the poorer a nuclear country, the richer its generals and politicians. Even as North Koreans are slipping back into subsistence farming and 19th-century manual labour, a tiny elite thrives. They drive their Mercedes, play with smartphones, and eat at fancy pizza parlours. It was once a communist state that valued equality. But strident militarism, and strict loyalty to the political hierarchy, has created tolerance of wealth disparity.

Nuclear nationalism has worked well to stoke patriotic fires in all three countries. Remember those heady days of 1998 when India proclaimed its arrival on the world stage as a nuclear power? And when Pakistan strutted about excitedly as the first nuclear power in the Muslim world? Bomb-makers in both countries thumped their chests, and people showered rose petals on the ‘great’ nuclear scientists. There could be no greater nonsense. Half-starved North Korea, with zero achievement in high science, has shown that in the modern age anyone can make bombs and missiles.

How did that become possible? Unquestionably the first atomic bomb was an exceedingly brilliant, if terrible, achievement by the world’s finest physicists. It required the creation of wholly new physical concepts, based on a then very newly acquired understanding of the atomic nucleus.

But a few decades later, the scene was totally different. Basic information became freely available in technical libraries everywhere. A staggering amount of detail exists on the internet. Advanced textbooks and monographs contain details that can enable practically anyone with a few years of university education to come up with “quick and dirty” designs. Graduate students can quickly pick up this stuff.

The free availability of cheap but extremely powerful computers, as well as numerical codes, allows one to see how a bomb’s power changes as one changes sizes and shapes, purity of materials, etc. In contrast, the early bomb calculations had been painfully carried out by hand. Today’s pocket calculator, worth barely Rs500, has more computational power than the room-sized early vacuum-tube computers worth millions of dollars.

Ditto for rocket technology. North Korea has the Unha and Nodong. Pakistan has the Shaheen and Ghauri, while India has the Agni and Prithvi. These nuclear-tipped missiles can fly far and each can destroy a city. But making them is pretty routine. Rocketry cookbooks tell you how various modular units are to be assembled together. Computers have vastly simplified the design of engines, aerodynamic surfaces, fins etc.

These days anyone can buy GPS units costing a few hundred dollars to determine position coordinates. Similar units can guide a missile launched from thousands of kilometres away to better than 50 metres accuracy. No longer is rocket science a correct expression for high science. The rounds of congratulations by our generals and presidents to ‘rocket scientists’ after every missile test are misplaced.

Bravo, North Korea! You have faithfully followed South Asia down the nuclear and missile gutter. State propaganda machines everywhere have successfully fooled gullible populations into lauding these ‘achievements’. Yes, Zulfikar Ali Bhutto had threatened to make Pakistanis eat grass but only you had the guts to force an entire population to actually eat it. Your nuclear ambitions have deprived millions of a decent life, and hundreds of thousands of North Koreans are locked up in your wretched prisons. My congratulations to Kim Jong-un and others of the Kim dynasty. May they all rot in hell. 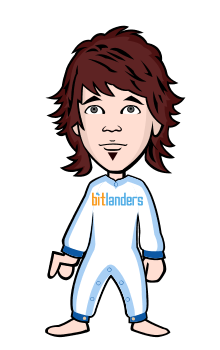 What is Google AdSense?AdSense is one of the most convenient waysto make additional money from your …

America is fuming, South Korea and Japan are terrified, Russia is worried, and China is miffed. Nort…

Nergis Mavalvala: The Karachiite who went on to detect Einstein's gravitational waves