They were known as the 'Sun Catchers'. With a typical lack of modesty, two veteran Hollywood helicopter pilots lifted off from the Utah desert yesterday as part of a daredevil mission to 'catch' a NASA space probe as it re entered the Earth's atmosphere at 24700 mph. 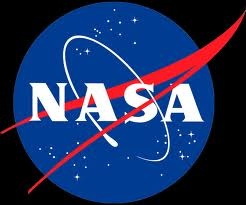 But the mission, which cost more than $140 million, went horribly wrong . And unlike in the films, no amount of special effects could save it. Civilian stunt pilots, it was the mission of the lifetime. And in spite of their work in recent blockbusters,they could barely hide their excitement as they swaggered towards their helicopters at dawn yesterday. The plane, which had been carefully rehearsed over several years, was to snag the returning space capsule with 20 feet hooks welded onto the under bellies of their helicopters. They would then lower it gently to Earth.

At first, everything went exactly as scripted. 'We've got a visual,' said the voice from mission control, and a loud cheer filled the aircraft hanger at Utah Dugway Military Base. The elation was understandable. To the NASA engineers and pilots assembled in the hanger, along with their friends and family. This was a sensational comeback for the troubled space agency. It had, after all, endured stinging criticism after the 2003 Columbia space shuttle disaster.

Then, onto huge cinema screens erected by NASA, the space capsule appeared: a tiny, glinting speck spinning violently as it reentered Earth's atmosphere. The message behind the image was clear: only NASA could do this. 'We are bringing a piece of sun to Earth' said Charles Elachi, director of NASA's jet propulsion laboratory. 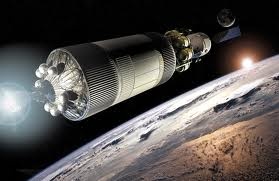 The 4521 b capsule, released from NASA's Genesis space craft, contained sample of solar wind, the matter from which the Universe was created. Scientists hoped the stardust would help explain why life exist on Earth.But the joy soon turned to horror. Instead of the capsule's parachutes opening which would have slowed the pod to just 25 mph it continued to plummet, twisting and turning in the wind. The capsule smashed into the ground at the catastrophic speed of 193 mph, forming a blackened, smouldering crater 30 miles from the base.

'We have impact,' said the voice from mission control in California. At the Dugway military base, there was silence. then groans and sniffs as tears were stifled. The mission had failed. ' I think that the space business has humbled us ,' said Firouz Naderi, head of NASA's exploration programme. 'The main concern is whether or not we have contamination of the capsule,' he said, adding that it would be technically possible to reassemble the samples inside if they remained intact. If the samples are beyond repair, NASA will have to wait until the next space capsule, due in January 2006, to unlock the secrets of the Universe. ' We will just have to figure out what went wrong and recover from it.' 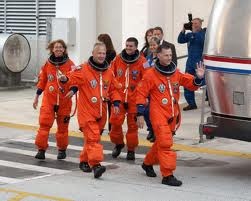 For NASA, the failure is nothing short of catastrophic, as the space agency is still reeling from 2003's Columbia space crash. The lesson, perhaps, is that no amount of Hollywood glamour can save a risky space mission from reality, something of which the ' Sun Catchers' were only too aware as they watched helplessly while the capsule shot past them and crashed into Earth. 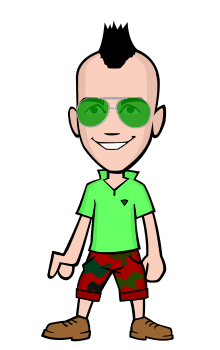