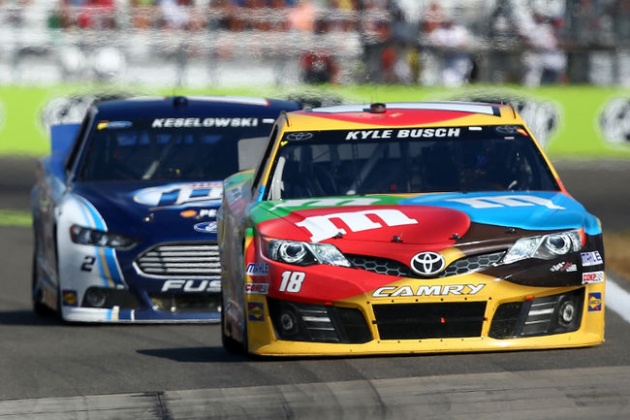 Revenge, you know, is a dish best served cold. The “actors” who showed up on stage to compete for the victory of the Cheez-It 355 were the same as last year, but this time the victim, Kyle Busch, has become the executioner and with a perfect restart, which earned him enough to hold the finish line for the return of Brad Kesewloski, which is still without success in 2013.
Keselowski has missed the train in an attempt - failed - to defend the second position after the first corner from the attack of Martin Truex Jr., who won at Sonoma this year. The reigning champion of the NASCAR Sprint Cup Series has bested his rival of the Michael Waltrip Racing before the chicane of the Inner Loop and started hunting for Busch. However, only coming to touch the bumper of the #18 Toyota at the last corner, and then defend himself on the final straight for the return of Truex, who nearly got the place of honor. Busch has caught the third win of the season and the 27th of his career.
To finish "murdered" this time has been last year's winner, as well as dominator of the first half of the race, Marcos Ambrose. The best chance to get a victory for the Australian, which had covered something like 51 consecutive rounds in the lead, it escaped between his fingers so inexorably, first when the yellow flag made at -31 laps for a crash by Almirola, just before Ambrose stopped for a pit stop, he slipped in 14th position at the restart, and then when, six laps from the checkered flag, the rear of the #9 Ford Fusion suffered a mechanical problem. Marcos was forced to go in slow motion, ending up spinning and being touched by Papis and Harvick. In the incident was also involved an unfortunate Brian Vickers and anger Ambrose was seen when he literally flung gloves, helmet and HANS inside the cockpit of the # 9.
Really bad went to Greg Biffle, AJ Allmendinger, Paul Menard and Ryan Newman, all penalized with the restart kick for making the pit stop after entering the pit road when it was already closed.
Despite everything, Allmendinger has made a spectacular comeback, giving the JTG Daugherty a wonderful tenth place.
Excellent performance by Max Papis, who replaced the injured Tony Stewart led to Stewart-Haas Racing a beautiful 15th place despite a spin on lap 44, caused by Greg Biffle, who had to move up from 33th position. The Italian did exactly what the team expected by him, playing a high-level competition in the top NASCAR, pulling out the nails in the final and bringing the car to the finish in the best possible position.
If the top of the overall standings remains fairly stable, the Cheez-It 355 caused several ruins even in the fight for the Wild Card: Keselowski earned 4 positions and is part of the top-10, but remains winless, while rushing Kasey Kahne - victim of an accident to them when there were 8 laps to the conclusion that were also involved Matt Kenseth and Dale Earnhardt Jr. furious, but all things considered safe by virtue of two wins in season - and Jeff Gordon finished against the guard rail in first few laps and was forced to take the entire race with a car to the limits of the minimum speed regulation. The couple of the Hendrick Motorsports now are in twelfth and thirteenth place in the general, but the four-time champion of the Sprint Cup Chase would be cut off from the benefit of Ryan Newman. 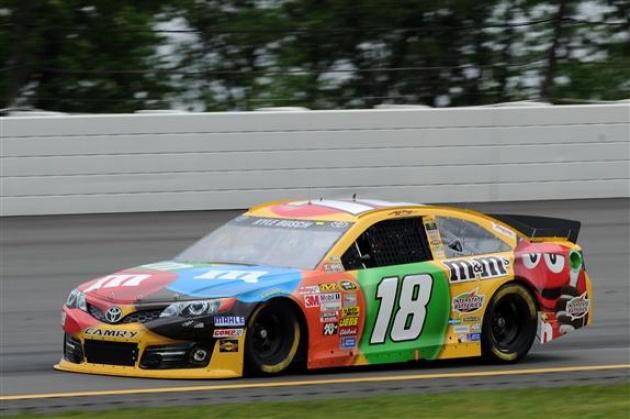