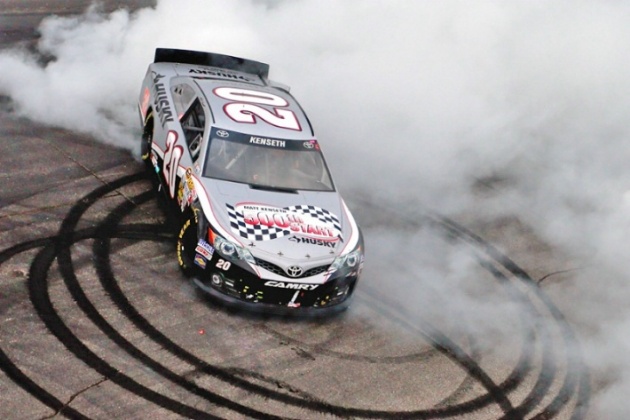 Two out of two, seven wins this season and a success centered on the occasion of his 500th presence in NASCAR Sprint Cup Series : Matt Kenseth seems unstoppable and also won the Sylvania 300 , the second race of the Chase For The Cup 2013 and do so on a path, the New Hampshire Motor Speedway , which he never saw particularly strong in the course of his career.
Kenseth , who now is the only one that have won the 500th presence in Sprint Cup with Richard Petty, took the first part of the race to develop its Camry and then went on the attack, surpassing a great Martin Truex Jr. at around 153 on the 300 laps provided in a Sylvania 300 where strategies have played an important role, despite the relative brevity of the race. There have been many pilots to venture the change only two tires , or even a park with only petrol station , but the distribution of the seven yellow day has at least allowed the fastest cars to emerge in the long. 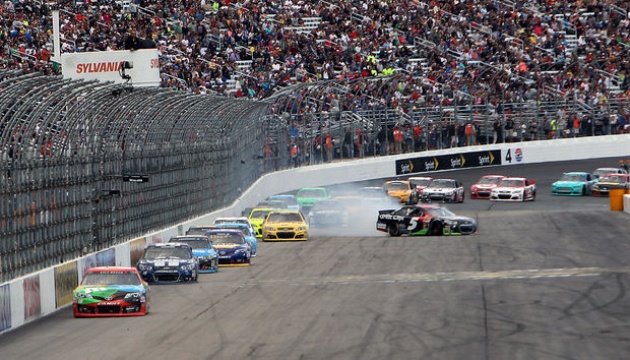 The challenge for the victory took place especially in the restart, the ideal situation to gain positions on a path quite difficult to overtake known as the "Magic Mile.” Kenseth took advantage just a restart , when there were less than 100 laps to go , to get the better of Jimmie Johnson, who had since moved into the lead by exploiting a pit stop very fast. The champion of the NASCAR Sprint Cup Series 2003 is immediately stolen , while Johnson took several laps to get back into second place after losing a few positions to the green flag.
Another restart - this time at the -43, and another masterpiece by Kenseth bringing Kyle Busch and Greg Biffle, in trouble all afternoon, but suddenly found himself in his hands a Fusion # 16 really shines , was stuck in third place, ahead of Johnson.
The first four continued to the finish line in that order, with Johnson to annoy Biffle for a good number of laps before pulling the oars and Busch can refer below to Kenseth in the last few rounds , so as to conclude the Sylvania 300 with a delay of just half a second from the partner/rival.
Dale Earnhardt Jr. finished in sixth place, overcoming several problems during pit stops thanks to a risky but effective strategy , which has allowed him to precede Brian Vickers, Jeff Burton, Carl Edwards and Martin Truex Jr., who was expecting much, given the wonderful first half of the race.
The worst blow to their ambitions of ranking they take Kevin Harvick , the twentieth to the finish line with engine temperatures soaring, and Kasey Kahne , sent against the inner wall of a mechanical failure that triggered the last yellow and ranked in 37th place.
Results:
1 Matt Kenseth
2 Kyle Busch
3 Greg Biffle
4 Jimmie Johnson
5 Jamie McMurray
6 Dale Earnhardt Jr
7 Brian Vickers
8 Jeff Burton
9 Carl Edwards
10 Martin Truex Jr
11 Brad Keselowski
12 Denny Hamlin
13 Kurt Busch
14 Joey Logano
15 Jeff Gordon
16 Ryan Newman
17 Clint Bowyer
18 Marcos Ambrose
19 Juan Pablo Montoya
20 Kevin Harvick 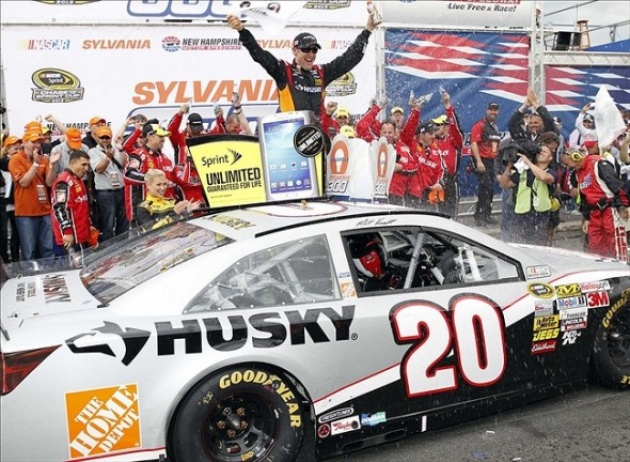