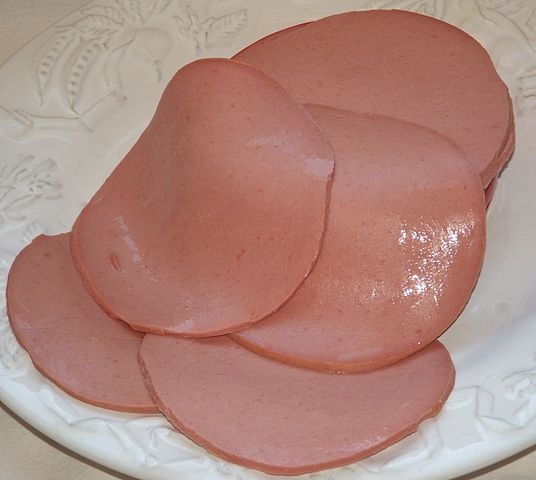 Bologna in this case is a type of sausage, not the city in Italy.

It is also known as baloney, boloney and polony.

The sausage is made from pork and cubes of lard, which are then hashed or ground. Other meats such as chicken, turkey, venison and beef can also be used, as well as soy for a vegetarian alternative (although this would also require a lard substitute).

American bologna is, by law, finely ground and without visible lard.