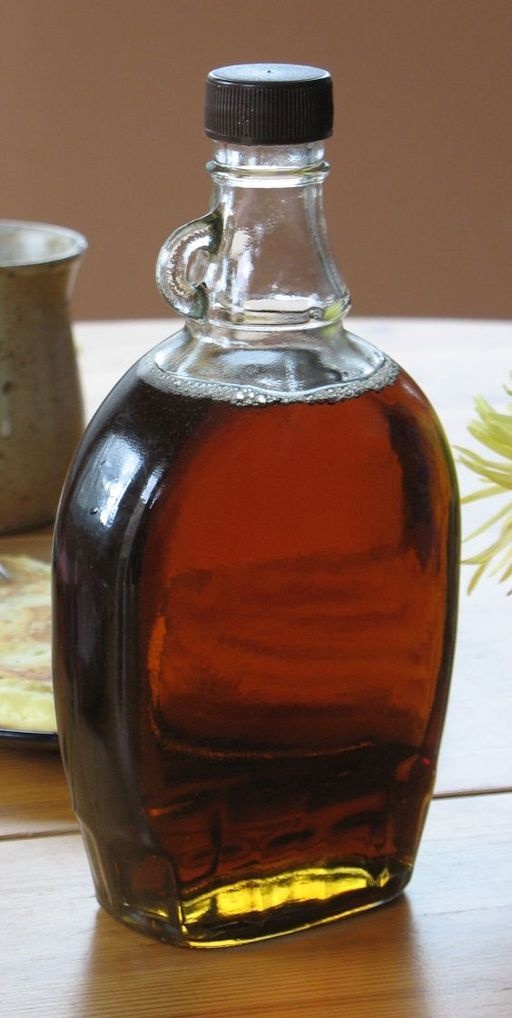 So much of what at first glance appears to be maple syrup is actually maple FLAVOURED syrup on a longer look. The syrup is sweet and used as a topping on things such as waffles and pancakes and as a baking ingredient.

This is because maple syrup is pretty expensive.

The syrup is made from the sap of a number of maple trees. The trees, when first tapped, are usually 30 to 40 years old - so there is quite a long run up time to actually start producing the sap. A tree will normally support one to three taps, and will produce 35 to 50 litres during a season, with a season only being four to eight weeks in length. The sap is then boiled to create the syrup, with between 20 to 50 litres of sap being needed for one litre of syrup. So one tree will perhaps produce one litre of finished product a season. The trees can also be damaged if care isn't taken.

Given the effort it takes to make one litre of the finished product, the cost of genuine maple syrup is not surprising. Most maple syrup is produced in the north eastern region of North America.