Once ousted in a military coup in 1999, first thrown in jail and later sent into exile for seven years, Pakistan’s most popular leader, Nawaz Sharif has staged comeback with big bang. The Military dictator, General Pervaiz Mushrraf who ruled for over ten years after ousting democratically elected government, fragmented Sharif’s Pakistan Muslim League (PML-N) in his absence from the country and declared that Sharif’s political career had been ended forever. Now in astonishing turn of history, Sharif his all set to become first-ever third time Prime Minister of the country, while his once powerful adversary (Mushrraf) is under arrest and facing trial on host of charges including treason and murder.

Voted to power in a landmark general elections held on May 11, Mian Nawaz Sharif has declared that he does not harbor any ill-will against his political opponents or those committed excesses against him, his party the family. Political analysts say that new government under the leadership of Nawaz sharif is expected to improve country's all time strained relations with neighbouring India to ensure peace and stability in the region and would initiate fresh process of dialogues with Pakistani Taliban to bring them back to mainstream and ensure peace and stability in the strife torn country, which has been bearing the brunt of US war on terror for over a decade.

A pragmatic leader backed by country's powerful business community, Nawaz is also expected to focus on reviving fragile economy of the country by improving worst law and order situation and establishing mutually beneficial trade and business relations with neighbouring India and Afghanistan. Sharif who had served twice as Prime Minister of the country in 1990s built country's only motorway, launched a number of projects to provide jobs to the unemployed people and started dialogue process with India by inviting then Indian Prime Minister Atal Bihari Vajpayee to visit Pakistan.

His peace initiative with India was disrupted by Pakistan Army led by then its chief General Pervaiz Mushrraf who launched Kargil War with India without of permission of Sharif's government. Sharif went into the election promising to turn around the economy, end corruption in state-owned enterprises, build a motorway from Lahore to Karachi, launch a bullet train and create job opportunities for unemployed workforce of the country.

But most of the analysts say his new government will have to confront the consequences of horrendous fiscal indiscipline that was hallmark of the previous ruling coalition besides daunting challenges of rebuilding crumbled economy plagued with unprecedented corruption. The incoming Prime Minister will also needs a great political determination not only for nursing seriously ill economy back to health, problems of serious energy shortage, but to deal with the home- grown Taliban militant who had become more belligerent in past five years expanding their influence much beyond the tribal belt bordering with Afghanistan. The militants now even capable to operate in citifies like Islamabad, Lahore and Karachi.

When it comes to deal with Pakistani Taliban, Nawaz Sharif seems to be very clear intending to negotiate and bring them back to mainstream, an approach that is popular among conflict –weary Pakistanis but contradictory to certain segment of Pakistani society who hold views that all peace deals Pakistani Taliban have failed and provided them more space.

Nevertheless, the extraordinary success of Sharif’s PML-N in parliamentary elections, his real test would be how he forge alliances and make comfortable coalitions with other parties who have been mandated to rule in provinces of Sindh, Baluchistan and Khyber Pukhtunkha. His survival as Prime Minister of the country lies in best working relationship with Pakistan’s military establishment and taking provincial governments along with him by respecting their mandate to stay in power. 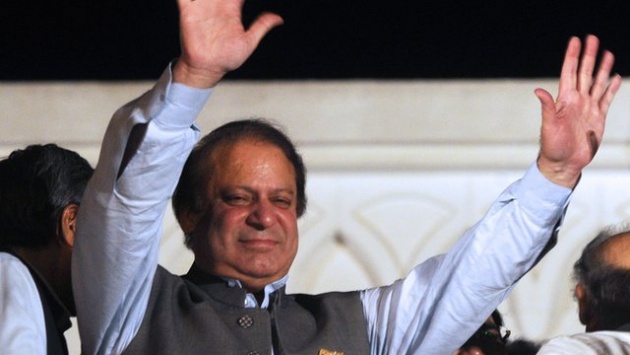