If my calculations are correct, this post should be reviewed or approved either before or after Christmas day. Any of the two should be fine as some people still give out and receive Xmas presents in both occasions.

However, even though both scenarios are cool, it would be great if this Christmas Gift blog will be available before the big day (the 25th of the month).

As can be seen on the title, this post is about Christmas Gifts. Some of my beloved readers may already know this, but to those who don't, they already probably noticed that I am awesome.

Since that it is the case, yours truly have been invited and attended a couple of Christmas Parties. These include our division's party, the company's annual party, holiday get togethers from friends and former colleagues, and lastly - invitations from various vendors.

Naturally, gift giving has been a huge part on many of those parties. This is quite a given since exchanging gifts can be considered as being part of the tradition. A few readers may not know it, but Christmas has also been known as the season of giving.

This is the reason why it is common to see long lines at the gift wrapping section of malls during this time of the year. After all, a Christmas might not be "merry" without gifts.

The video below somehow explains the tradition of gift giving and its incorporation to the Christmas spirit. The video is available in YouTube and is provided here for convenience of the reader.

Going back to the main topic, in some of the parties that I have attended to, I've seen some gifts that can be considered as fail (to which I dubbed as Christmas Gift Fail).

This basically means that the present is lousy or lame that the one who received the gift is not happy about receiving the gift. Actually, the let-down is quite apparent on their faces (sheesh! I actually felt sorry about those people).

For instance, who would (in their right mind) would give out a LAN cable as an exchange gift?!?! Unless specifically requested, a LAN cable is not really that useful nor desirable.

Just think about it, in an office setting, LAN cables are usually provided by the company. One desk would normally have one LAN port - and this obviously follows one LAN cable. What would the person do with that gift? An extra one?!?!

As for household use, LAN cables would only be useful if the person would want to build a network in his house. But that is highly unlikely since wireless tethering is cheaper (it eliminates the need of a networking hub), and easier to set up. Another lame Christmas gift I've seen is a 4 GB flash drive. Don't get me wrong, flash drives are cool. Unfortunately, the storage capacity of a thumb drive dictates its coolness and usefulness.

With the type of data and information people used to handle and save these days, a 4 GB flash drive just wouldn't cut it (it can't even be used to save a disk image or serve as a bootable drive). The most one can do with such a drive is to save low res images or tons of documets or worksheets.

Next in line is a laundry box. Without a doubt, that is one of the strangest gifts I have ever seen. I guess the person thought that it would be cool to fill a box with a bunch of laundry stuffs since Christmas baskets are already common.

One may ask what is a laundry box? If a Christmas basket is filled with grocery stuffs, the laundry box I'm referring to is stuffed with laundry soaps, detergent powders, fabric softeners, etc... Although the gift is useful, it is quite strange to receive one of those as a Christmas present.

Portable winding flashlight. I have to say that I was impressed the first time I saw such flashlights a few years back. These flashlights are officially called mechanically powered flashlights.

How those things work really amazed me. Imagine, it has no batteries and you just have to wind it up for it to work. Basically, when the user winds it up, an internal mechanism will produce electricity thereby powering up the unit.

Sadly, the amazement just died down as many gadgets have the same functionality. Many modern mobile devices are already equipped with flashlight functionality - and for devices that have none, thousands of flashlight apps are available on the playstore or istore.

I guess such items are useuful during brownouts / blackouts. But I wonder how common such cases are - and if one will remember where they have put the flashlight (its just one of those things that are there when you don't need them and goes missing if you do).

Lastly, one of the weirdest gifts I've seen is a pair of movie tickets for Star Wars Rouge 1. The movie is awesome, by the way - unfortunately, giving movie tickets as a Christmas present is not very cool. To be fair, the person who received the gift seems happy to receive it. However, I somewhat saw that the smile turned to a frown a few moments upon seeing the ticket. My best guess, she's not available on the screening dates of the tickets.

That's just about it regarding the first portion of this post - NAY Christmas Gifts. There's still a few days left before Christmas, if you still have some gift shopping to do, I wouldn't advice any of the items listed above (unless of course specifically requested by a person).

However, if you are looking for extraordinary or uncommon-but-still cool Christmas gifts, the following items may appeal to you.

First on the list are Cable organizers or holders. This particular accessory is not very expensive but extremely handy. In this day and age, it is normal for a person to own one or two portable gadgets. One ironic thing about handheld devices is that people lived them, but not the twists and tangles that comes with the cables.

That being said, a cable organizer comes in quite useful. They are not really that expensive and would appeal to a wide variety of users - needless to say, it is an obvious cool Christmas gift.

Next in line is the USB cable swiss knife. I'm not entirely sure how this one is called, but the photos below gives out a general idea on what I'm referring to.

Anyway, I've put this particular accessory for the reasons similar to the one before it. As mentioned, if a person owns different handheld devices, this accessory eleminiates the need to bring different cables as it already has different versions for various gadgets.

This next great Christmas present idea is quite pricey specially when it is manufactured by a popular brand - a Bluetooth headset. Let's just say that this is one of those items that people would want to have but wouldn't bother buying. Since many gadgets are already bundled with a corded headphone / headset, people would not really bother with a Bluetooth headset.
Unfortunately, because of this, many users fail to realize the awesome benefits of a Bluetooth headset - some of which are listed below:

1. Being Wireless means no cord twists and tangles
2. Compatible with a wide variety of devices (as long as it's Bluetooth capable, it's good to go)
3. Improved usage due to improved mobility
4. Stylish 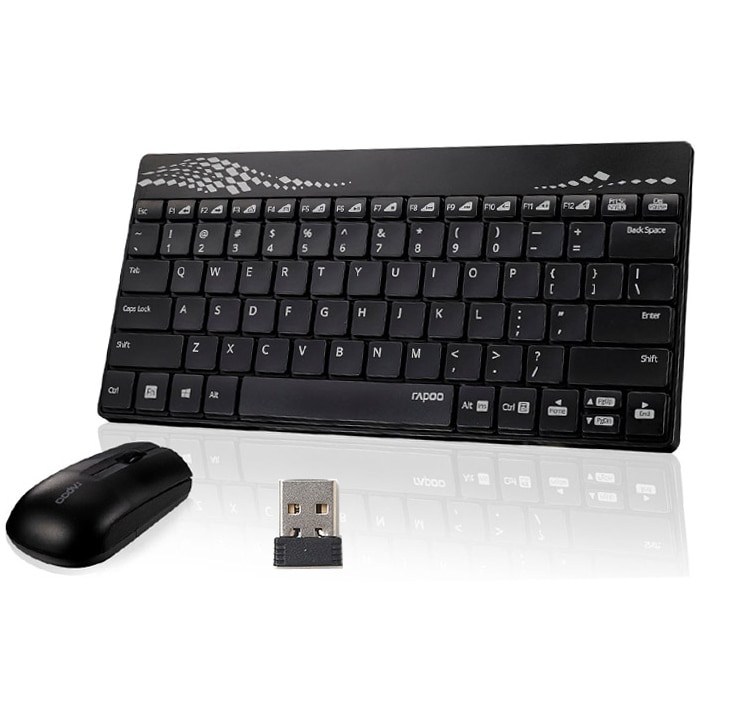 Next desirable Christmas presents are anything wireless. First off, in a certain way Bluetooth accessories and wireless ones have similarities and differences. Although both can be considered as wireless, Bluetooth ones have this distinct advantage of being compatible with more devices. Wireless ones are usually limited with their dongles. Nonetheless, wireless accessories are still cool Christmas gifts - two particular ones are wireless mouse and keyboards.

That's just about it. There are still plenty of great ideas Christmas gift ideas - but I would no longer delve to them in detail as the reasons are already relatively obvious (jacket with an embroided name, temperature changing mugs that reveals a photo, wallets, etc...)

Buying a Christmas present may seem overwhelming with the numerous options available. Before panickong, always remember this simple but very important rule: choose a gift that is useful and will be enjoyed by the recipient. If you think the price is too cheap, as long as the two aspects are there, you will be likely thanked by the person to whom you will give the gift to.

Happy Holidays bitLanders. Let me end this post with the video below. Its something that I found extremely touching and timely during the holidays.