Need to look at the site outside from within

When i registered with film annex now bitlanders.com i did not check all the backgrounds, informations, FAQ's and other inputs needed as a new registrant .  There were no admin or guide that will tell you that you need to do this first and do that second ..third ,, fourth and so on. As i had said before,  you have to help yourself here, so now i felt the need to review bitlanders.com, "need to look at the site from within" 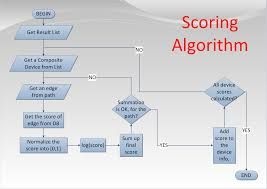 Its a part of the experienced with bitlanders.com, maybe if i had known  that buzz scores are being interpreted by the coded system or algorithm  then i might have not raised the issue and i don't believe anybody can answer my inquiry on how much points are rewarded for every activity or works here in bitlanders. It probably would  be the creator  Mauricio Ranabaldo who could answer.   Now that i had an answer to my inquiry its a lesson for the new membership or members who are still at  a lose, i encountered them daily.

The following are some of my thoughts;

1.I  should have surf on the site to have some background before engaging on all activities but at the same time its also a positive thing being a pragmatist  that actually engage myself at once to the works here which gives you more fruitful  learnings.

2. I  think i am probably on the right track of doing some blog articles for new members  which would guide them here in bitlanders.com. Since i had not done reviewing the site well then i will know if there is a need.

3.  For every issues that come up as you go along are topics for a blog and there's no need to think of it  just comes along the way. There was a  day that i cannot think of any  article to post but scratching my head helps. Since there is no admin that professionally analyze where bitlanders.com should focus , what i mean are what topics are needed more for the advertising , well i might be wrong.

4. The underside of what i assume  i'm on the right track was like what happened  " my buzz scores went down to from 51 to 44"  about 7 points down which until this time i still cannot figure it out though revenues still is increasing

5. There are other activities that i am over passing like referring friends, the web channel, membership with writers pool of bitlanders to get paid more and i dont know if there are still more.

These are some of the thoughts that comes to mind that i felt the need to look at the site outside from within,  just like being a new member. But this time your being a member is already an advantage and your looking bitlanders from the inside which is different when your looking from outside as a new registrant.