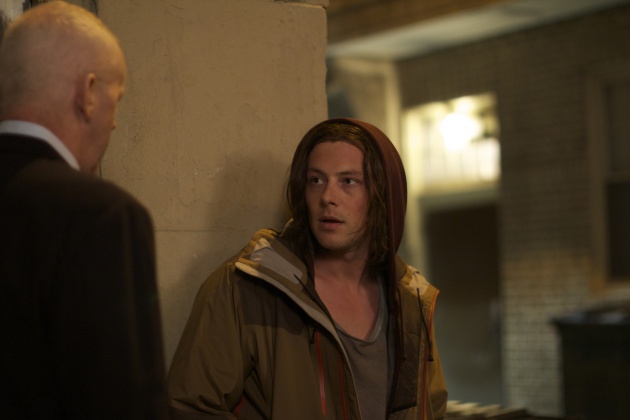 "McCannick" starring recently recently deceased "Glee" actor, Cory Monteith (above) will make its world debut at the upcoming Toronto International Film Festival.  The actor stars as a young criminal who's being unlawfully targeted by lawmen.

Unbeknownst to the chief of police (Ciaran Hinds, "There Will Be Blood," "Tinker Tailor Solider Spy"), Mack and his partner, Floyd (Mike Vogel, Under the Dome, "The Help") mercilessly hunt down Weeks for unknown reasons over the course of one long, hot day. The closer Mack gets to his prey, the more we understand that his frenzy stems from a truth from the past, which only Weeks can expose.