This is about a subject very dear to me,because I lost many of my relatives that were from Poland in the uprising of the Warsaw ghetto, and for many families that were killed in the concentration camps that sent most of the population from Europe into the gas chambers to die. I lost two generations that were killed in Auschwitz ,a

concentration camp where they burned many bodies,so that the German at that time,would use the bones of the Jews to build things with. Imagine living in quarters of 400 people that shared one bathroom,and have at least 3 people to one bed. The Jewish population, would never be the same anymore. Lets also understand,that when the Germans were rounding up the Jews,they would throw them into box cars as cattle. Life as a Jew would never be the same.

If you looked at a German SS guard wrong,you would get shot instantly. Also imagine graves that would make you sick as a mass grave, where body after body are thrown into a hole,and buried. A lot of things happened in those concentration camps,that would blow your mind of ugliness. Imagine being used as target practice for the German soldiers and laugh on how many Jews you killed in each camp. There were so many Atrocities all over Europe and in all the camps,that families would never see a relative,once they separated the men and the woman with the children. Many lines of family members were lost for good. One of the worse things that happened, was that the German branded the Jews with numbers. In life a Jew should never have a Tattoo done, because it

defaces ones body which is not allowed. When a Jew is buried, and they have a tattoo,then by Ha-lacka law states that they can’t be buried in a Jewish Cemetery. Do to the fact, that they didn’t have control on this situation,it was accepted only this one time. Imagine 6,000,000 million Jews dying, and no longer having a family member to trace back to heritage. It is a very sad time. The reason many people are bringing up the Holocaust all the time,is to make sure this generation doesn’t forget what happened. As the last few Jews from that era are dwindling away. 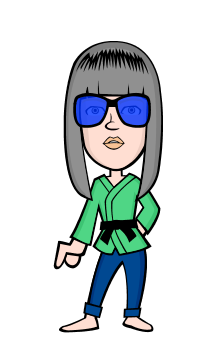 Its been two week I have Joined Bitlanders Social Network. The Journey is continue and i'm trying to…

i just want to tell you,i like this program,still meeting and help each others membres win too. Than…