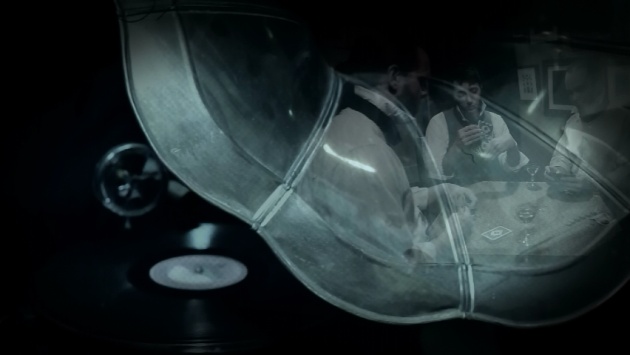 A few days ago we completed another test scene for TITANIA and I've posted it here to Film Annex at the link below. It's been a few years since I've been active with TITANIA, but it feels great to get these characters back into the world, and have production for the feature back on track.

So why spend time and money on a test-shoot when I could save that for the feature? There are so many reasons that test shoots - in addition to trailers - are beneficial.

1. They let me test things out. Seriously. It's not a smart-ass answer. I have a scene I like, I get my actors together and film it - it helps me get further inside the film and into my characters heads, and helps me decide how the visual look of the film will resonate the mood, the action or a particular characters outlook.

2. Trailers are great once the film is complete, or close to it.  Posting screen tests can give your audience a more in depth look at a character or a pivotal moment in the story that you've been talking about online. It helps to get your viewers more involved in your project.

3. Over all it's social media wise.  It's a photo or a video that your fans can repost and share and get others to watch and start talking about.  You don't need to go overboard and reveal the entire story, but when the film goes into production those following you will have a better sense of the film they are interested in, or perhaps one that they supported via crowd-funding.  This is why Hollywood releases 4 different trailers for a movie nowadays, they entice, and they draw people in.  A trailer gives bits and pieces, a scene tells them a story in a more straight-forward way; like they've just happened upon it while flipping channels, catch a scene and want to see more.  That's the key - leave them wanting more...

4. Industry is part of the group you want to draw into your project. Whether they be potential crew, investors, or associate producers - showing them you can get something done and on screen, tells them you have the commitment to follow through, and ability to bring your vision to life. They will be able to see what your directing style is like, what your dialogue is like, what your actors are like, etc.  I find screen-tests to be very useful calling cards when you're in development on a film.

5. And lastly you can share them with fellow filmmakers, gauge reaction, work out kinks, bounce further ideas off each other.  By doing this Morpheus video - we came up with a big change to make to this scene when we shoot the feature.  So, it's been helpful in many ways.