Querlo sponsors the Open New York Judo Championship 2017 which had commenced on the 26th of March, 2017 at the New York Athletic Club. This annual event supports sports in the State of New York and even has been a source of producing Olympic Judo competitors. This even is open to all of the best judo athletes across the world in a unique, team tournament which provides new opportunities to make a mark on the sport and earn a spot in Judo history for their corresponding countries. 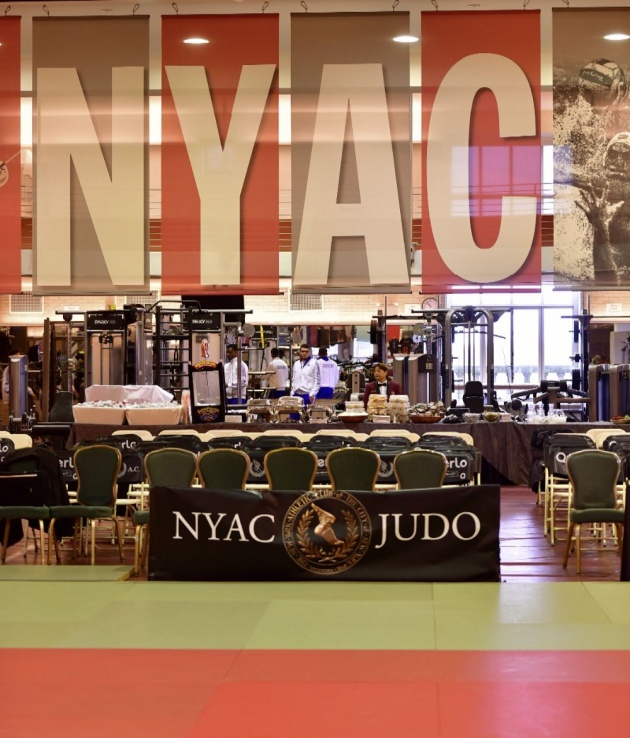 It's almost April and that basically means our Judo suits for both male and female avatars which was offered to all bitLanders users for free until March 31, 2017 are almost over. I don't really have an idea if bitLanders or Micky-the-Slanted-Salerno's team will still be going to give for free, or perhaps he might be offering it for a specific price from the bitLanders Shop or maybe these costumes will be deleted off the shop, we don't know but one thing's for sure, they are still free right at this moment.

Currently I am writing this blog 29th of March, just about two days before the end of the Judo month so I thought it would be better for me to create a new blog about the recent NY Open Judo Championship results held last March 26, 2017 at the New York Athletic Club.

First off, let me share about Querlo, the main major sponsor of this event and what it is all about. Here's an overview:

" Querlo, a chat bot with a human touch, a brand new technology that allows data to be collected in an interactive way, can greatly impact the dynamic of your average user.

Querlo’s primary functions, for example, is to create a dialogue that helps identify the user in a more wholesome manner then a traditional surveys do. This format is similar to any chat one might engage in on social media, and it increases the amount of collected data by 400%. Depending on questions asked reader’s age, gender, hobbies, interests, politics, and so much more can be understood. Bloggers, one of the countless professionals Querlo can help, can gain an understanding of who their audience is, and increase web traffic and users time on their website."

Querlo was launched a few months ago and it has been shared to the world through different mediums. One of them is through bitLanders but there are more to it like the visit done by the Founder of this site, Francesco Rulli at the Dubai Gulfood where 5,000 exhibitors connected with nearly 100,000 visitors from all over the World. At the Gulfood, Querlo provided its technology to Tetra Pak and Lavazza with the purpose to facilitate the conversation between those companies and their clients attending the event. Read the story below:

Querlo A Chatbot With a Heart Conquering Dubai

As of this writing, Querlo had partnered a couple of business brands, such as Querlo’s collaboration with Paragon Partnerships with Unilever and GRBN. Story below by Elaha-Mahboob:

And recently, the collaboration with HSBC Accelerating Ambition "A New Model For Fashion Retail". Check out the Querlo Chat Bot embedded in the site:

As an active bitLanders blogger, I also had made my own articles for these collaborations and partnership as a help and a response to the call of the bitLanders community. Here are the links: 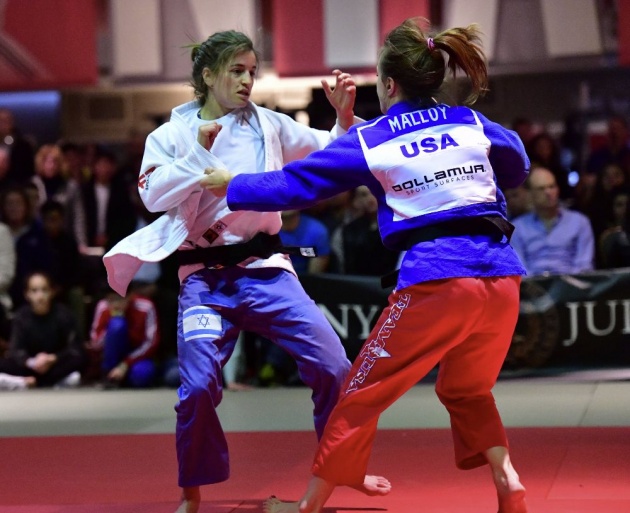 A quick note as well as to why Querlo has become a sponsor of this event as Francesco Rulli, President of Querlo and MTI USA Inc, is an avid Judo competitor, Yodan (4th degree black belt) and children Judo instructor at the New York Athletic Club Saturday Morning Program. He had shared numerous hours training the younger generation on the benefits of the sport and how they can apply them to their real world. It is indeed humbling to know that a man of whom has a status such as Francesco is giving back to the community through education as well as philanthropy. This makes me look up to him more!

This year is the 6th time that MTI USA Inc. has been sponsoring the event and I believe there will be more sponsorship in the next years to come.

This year 2017, the New York Judo Open championship lineups will include men’s teams and women's team from the United States, Germany, Israel, and France. As usual, it has been set up at the New York Athletic Club last 26th of March, just four days ago.

Here's the run of events:

Followed by the final matches for both Men & Women teams 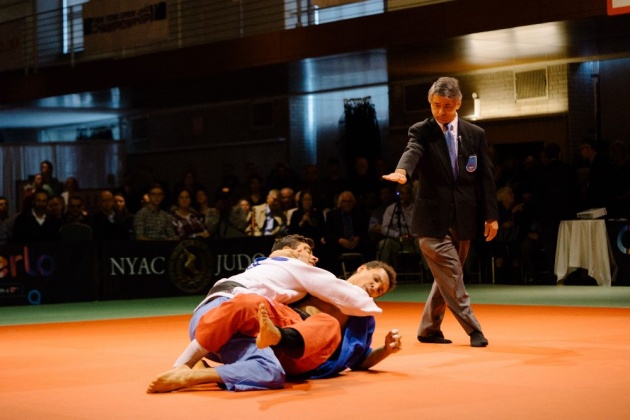 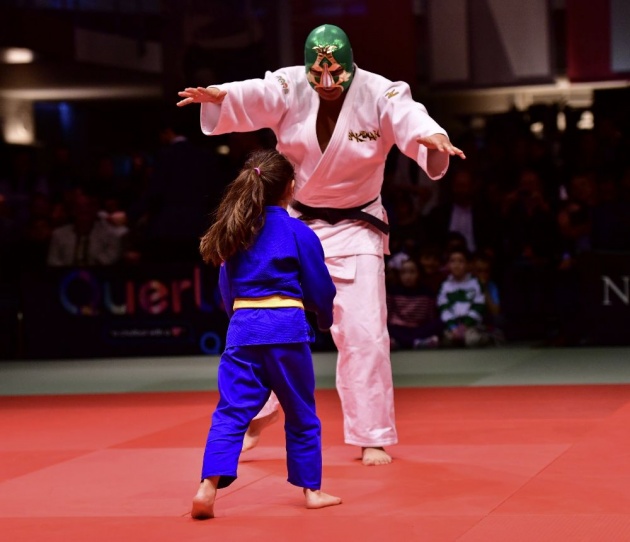 There were also presentations to entertain the crowd. Photo credit: Lou DiGesare via bitLanders.com 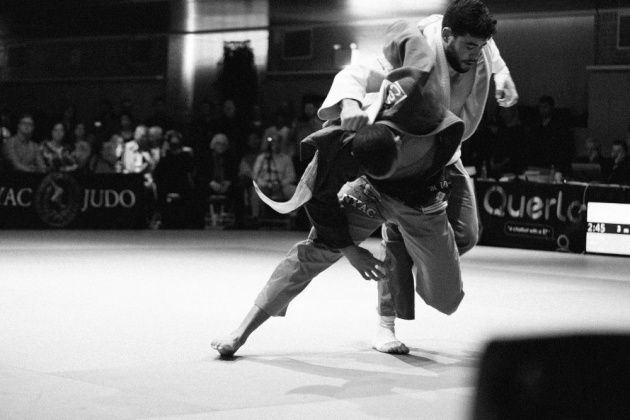 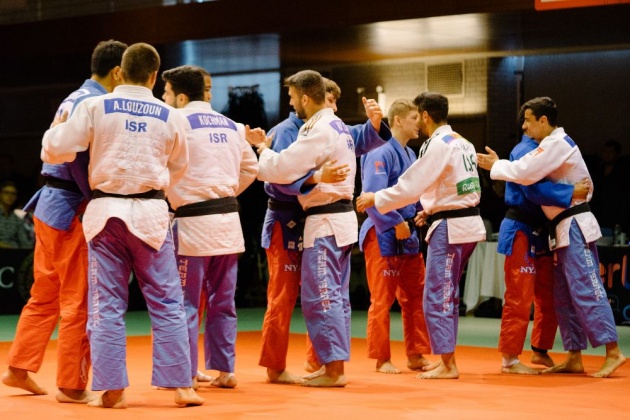 The Opening Ceremonies started at 2:00 pm of that wonderful day, it was estimated that the competition finished around 4:30 - 5 pm. Immediately after the competition, the winning athletes had been awarded as well.

It was cool that there's a Banquet dinner immediately after the competition, approximately 6 pm. All the athletes and organizers had the time to enjoy beer, pasta and sake tasting while you mingle with the athletes and coaches.

I reviewed the blog posted by Judo and Micky-the-Slanted-Salerno as well as checked Francesco Rulli's page but no one had mentioned that the event will be broadcasted live via the internet.

And not to mention the best thing about it was the fact that everyone can view the tournament from 4 different angles! How cool was that?

Since there were four major sponsors in this event namely:

The live steam can be viewed on four different angles. On the New York Open Judo live stream site, viewers can click on any of the sponsors and they will be connected to one of cameras.

When competitions like this happens, it is such an honor to the athletes to be proclaimed as winners. It is a proclamation of not just the one time event that had occurred but also a reminder that hard work will always reward you. Athletes of any sport specially with Judo requires constant training and work out to perfect or perhaps to enhance their abilities and skills. Which is why when one athlete gets awarded for a specific event, let's all think about the past sacrifices he or she had to undergo to reach that state - a state of a champion! 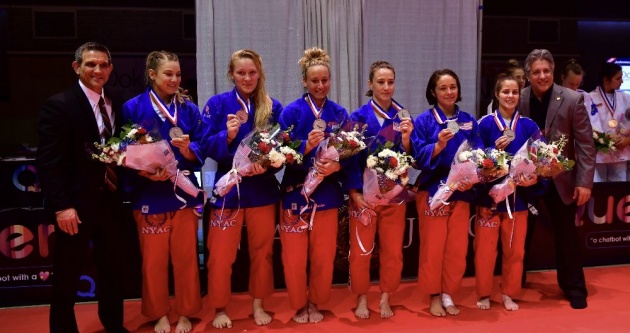 The recent New York Open Judo had proclaimed Team Israel as the winner of the said competition. They had dominated the mat, winning both the men’s and women’s team competitions.

Here are the RESULTS:

The proclaimed Most Valuable Player Women: Shira Rishony (Israel) while for the men's division: Almmog Louzon (Israel). Congratulations to all the athletes!

To learn more about the event, check out the survey below: