Inertia is a property of a body due to which it resists a change in its state of rest or state of uniform motion.

Relationship between Inertia and mass of the body:

Relationship between force acting on the body and inertia: 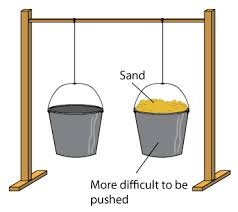 Example of Inertia from our daily life:

We can see many examples of inertia in our daily life. Here we discuss few of them.

1. When a bus starts suddenly, the passengers standing in the bus fall backward, because the lower part of passenger is in contact with the floor of the bus and start motion because bus starts motion. But the upper part of the body tends to remain at rest due to Inertia. Therefore the body falls backward.

2. Similarly when the bus stops the lower part of the body comes to the rest with the floor of bus and upper part tends to remain in motion ,so body falls forward. 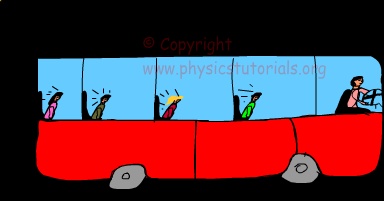 3. Same is the case with driver .A driver should wear seat belt to prevent himself from affect of inertia. When suddenly brakes are applied or in case of accident vehicle stops suddenly and he falls in forward direction due to inertia if he does not wear seat belt. 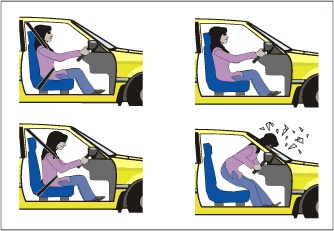 4. When the tree is shaken by an external force it moves but its fruits and leaves remains at rest due Inertia and hence detach from the branches of tree and fall down.

5.Shacking building due to Inertia . 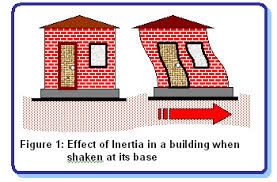 These are only a few examples of inertia but we can observe many in our daily life.

This blog is a part of series of blogs " NEWTON'S LAW OF MOTION" Which is continued.