A famous scientist Isaac Newton presented 3 laws about motion which are known as Newton” s laws of motion. 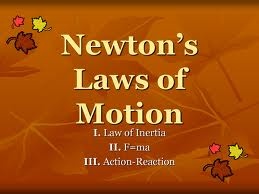 “A body at rest will remain at rest and a body in motion will continue its motion with uniform speed in straight line unless a net force acts upon it.” 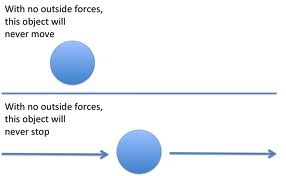 According to this law when net force acting on a body is zero weather it is in motion or rest acceleration produced in the body will be zero. 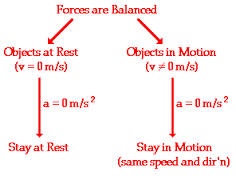 According to the 2nd part of this law a body in motion will continue its motion in straight line with uniform speed in the absence of net force. But if net force acts on body in motion it will change the uniform motion of the body either changing direction or changing speed.

For example if we through a ball it must continue its uniform motion in straight line unless net force acts upon it. But it is in our common observation that ball stops after some time by covering some distance. Why ball stops? It stops because there are forces acting on the moving ball like force of Gravity, Friction force, Air resistance. If these forces are removed then ball will continue its motion in straight line. Hence ball stops but obeys Newton” s first law of motion.

This law is also known as Law of Inertia.About Inertia I shall write in my next blog.

Hi I am a newbie here and I am still struggling how to use this platform. :) I just found this site …