Life is like a game. Few of us are rewarded with anonymous rewards while others lose. Everyone faces this scenario in life at different stages. Sometimes we are blessed with enormous bounties while sometimes everything goes against us.

During the era of hardships, we start complaining about the things we can’t get. We start getting jealous of others when we saw them flourishing. But, life is a blessing we don’t try to look at the people who are not even blessed with the basics. Besides looking people above us we should look down getting an idea how blessed we are.

Here is a story mentioned below about the person who can give you a new way of thinking. His name is Nick Vujicic. Let’s start his story.

Who is Nick Vujicic?

Nick Vujicic is an Australian, born on December 4, 1982. Nick Vujicic was born with no arm and legs. He was born with an intensive disorder called Phocomelia. A man without his limbs, who was alive but don’t have the foremost body parts. His life is full of inspiration because the way he uses his abilities is no more than a wonder. Besides crying on his disabilities, he uses all those things he was blessed with. He is the successful motivational speaker today. Nick used to address millions of people for motivating them.

He was not that NICK VUJICIC from the very first day rather he reached this position after many miseries. He worked very hard for making his name in the world of perfection. This man does not even care about the world and utilizes all his powers. Now he is the true living inspiration for all of us. Let’s see the problems nick see in his life and how he managed to overcome them.

Nick was disabled but his parents accept him as it is. He belongs to a working-class family. His parents brought him up without any discrimination. He was educated in the school of normal children. He was the first disabled student who was allowed. He faces many problems in school. Nick fought with loneliness and depression there. Children used to pull his leg and make fun of him.

All these things were causing him severe depression and he feels himself a useless object. Therefore, at the age of eight, he attempted to suicide. By the grace of God, his parents managed to prevent him.

The feeling of loneliness was making him down day by day. He often complains God that “Why HE made him so? ”. All his complains come to end the day when his mother brings an article for him. In this article, he read about the disabled persons and realize that he is not only unique in this world. This reality made him accept all his disabilities. He finally accepted himself the way he was. He accepted all his disabilities and starts a new life.

Nick was totally transformed before reading that article. All his questions are answered in that article. He then decides to become the voice of all disables. He starts raising voice for the rights and privileges of disables. At the age of seventeen, he develops an organization in which he works for improving the life of disables. He uses to talk at different seminars for motivating people. Nick overcomes all his weaknesses by accepting himself completely.

Nick was grateful to God after all these. He never complains God about making him so again. He just wants to make the life of all the disables calm by speaking up for their rights. The way he was ragged and separated, he never wants this to happen with others. Nick succeeds in all his efforts and today he is one of the most inspiring motivational speakers of the era. Besides using his vocals he also tried a lot of things. Few of his hobbies are mentioned below.

**Nick is a writer

Nick not only inspires people with his magical vocals rather he also writes for presenting his thoughts in front of the world. Nick promotes his work through media and his writings. His first ever book was published in 2010 named Life without limits: Inspiration for a Ridiculously Good Life. His books changed the perception of people and inspire them in the way or other.

**Nick is an actor

Nick write different stories and book, he also acts in his stories. Nick performs in the film “Butterfly Circus” which won the best short film award. Not only the film won the reward rather Nick was also honoured with the best actor award. Later on, Nick performed in different movies and play different amazing roles. He never led down and kept taking his show up. 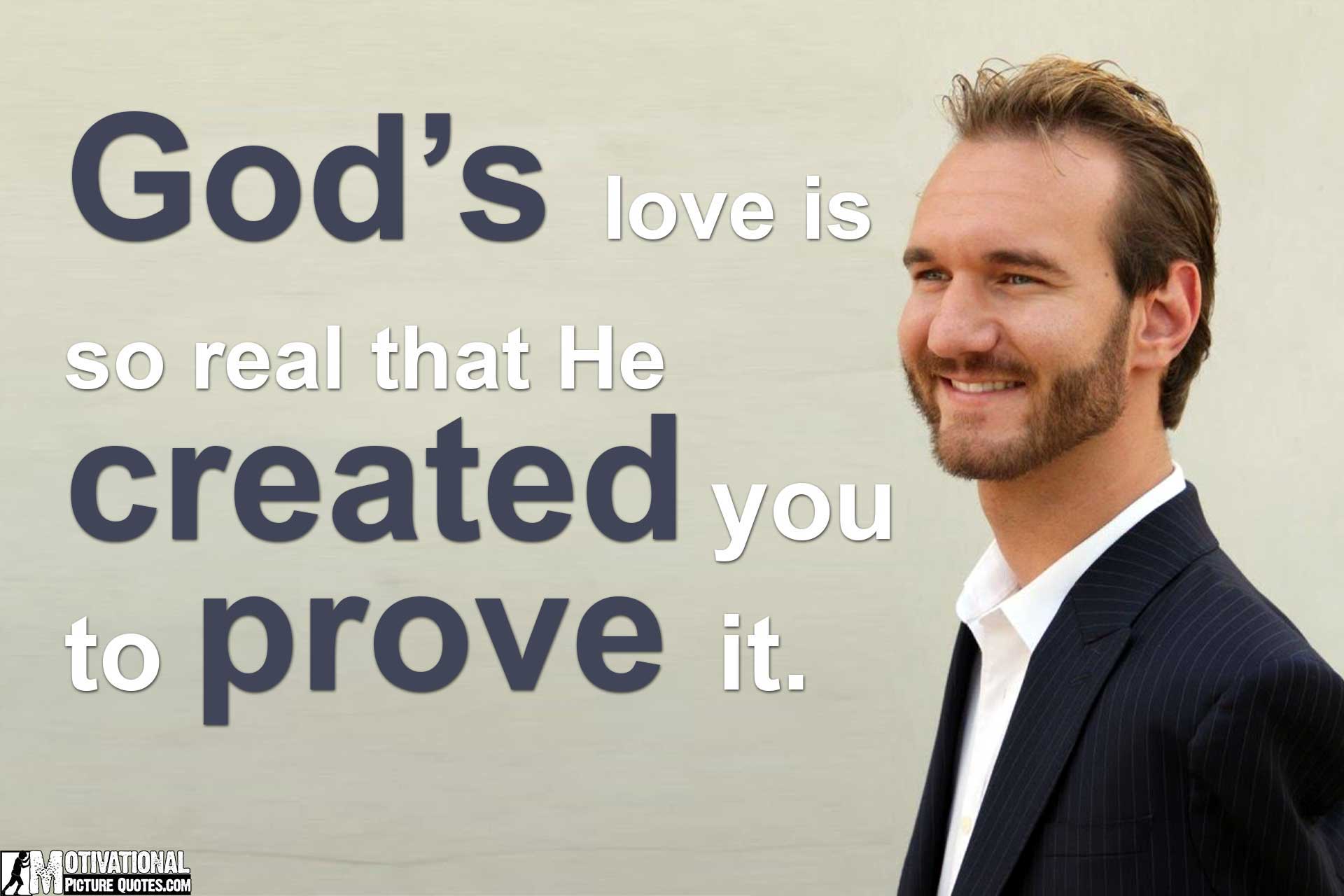 Nick work very hard for performing all the tasks that a normal person can perform. He tried different things no matter how many times he failed. He can use a laptop and can write the way we do. He also used to swim. All these things feel like a wonder that a man without limbs can do such activities.

All this happen just because of the spirit and energy Nick put in his efforts. He was disabling physically but he would allow him to get mental disability. He fought with all the negativities and depression.

Lesson of this story...

This man shows us that if you are willing to change the world then no one can stop you. Everything lies in our way of thinking; positive thoughts can lead us to stars while negative thoughts will never allow us to get up. So, try to think positive and be grateful for all the blessings you are blessed with. Never blame yourself or your destiny, just keep moving forward without caring about the limitations.

I hope you like this story. I really hope that someone would change his perception by reading that amazing story of Nick Vujicic.

Video Credits:  ABOVE INSPIRATION via https://www.youtube.com

Thank you so much for reading that stuff. Stay tuned for further posts.

© This blog is written and presented by ®Kiran Abid, a Pakistani blogger, and student of Computer Engineering. To read more blogs written by me, click Here.