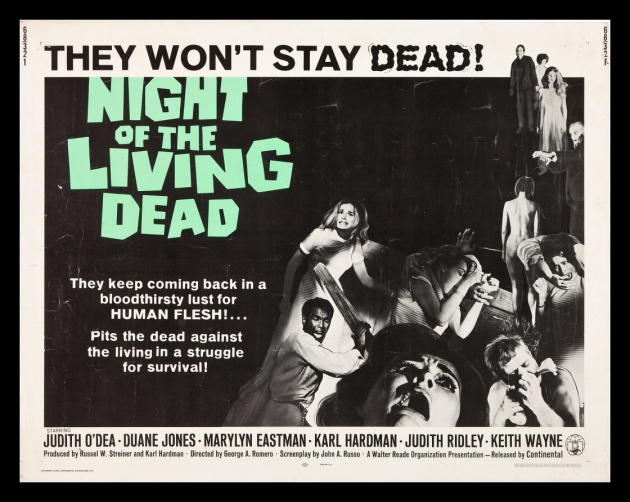 The horror genre was a favorite of mine growing up and it started with a zombie film, Bruno Mattei's 1980 "Hell of the Living Dead." It wasn't too long after that I watched George Romero's 1968 film classic "Night of the Living Dead" and I was sold on the creepifying entertainment value of zombies. The slow moving undead come back to eat the living. Sure you could outrun them and even hold your own against one or two or three but eventually the numbers would be too great and characters would be eaten alive slowly. Although I am glad the zombie sub-genre has made a massive very popular comeback in the last ten years, I don't find it scary that zombies can now run full speed, tear bodies up in no time and seem smarter or more malicious than their forebearers.

Although zombie movies didn't start with George Romero, one could easily say he put them on the map with one of the greatest films of all time. In fact, Entertainment Weekly (!) rated it #79 out of their top 100. Take that AFI!! Countless zombie films have been spawned since then including two trilogies from Romero himself: 1978's "Dawn of the Dead" and 1985's "Day of the Dead" round out the first; and a rebirth of zombie films in the early 2000's called upon Romero once more with "Land of the Dead" (2005), "Diary of the Dead" (2007), and "Survival of the Dead" (2009). "Night of…" and "Dawn of…" were remade with some respectability in 1990 and 2004 respectively. And everything from Lucio Fulci's Zombi trilogy to the "Return of the Living Dead" films to the "Resident Evil" franchise owes its beginnings to Romero's classic. 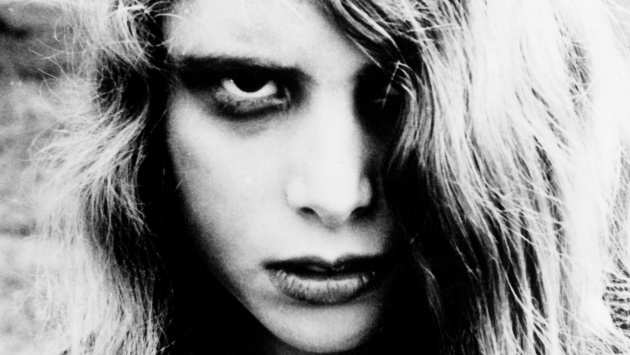 "Night of the Living Dead" would also prove that one didn't have to have a huge budget, big name stars and Hollywood gloss or any combination of those to produce a great movie. Romero filmed his movie in his home state of Pennsylvania for just over $100g. What?! Bigger budgets would follow in later zombie movies but it's the simplicity of this original that perhaps creates the aura of terror. It was shot in 16mm black and white and filmed mostly in the countryside and in an old country house where the band of survivors hole up. Romero couldn't rely upon makeup and effects to do the scaring, it had to be the pace and the careful monitoring of the tension building up amongst the survivors between themselves and their fears of what lay outside. And while today's horror movies rely on fast paced action, special effects and some bullshit personal stories sprinkled about for I don't know what, they all seem to miss the careful simple construction of zombies vs us and what that creates. 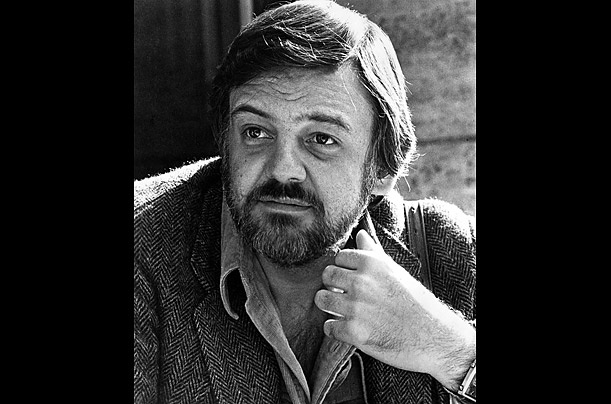 "Halloween" and "The Blair Witch Project" pop up in my head as two other examples of wildly successful independent, inexpensively made horror movies that had real scare value in them and even spawned a few sequels (obviously one more than the other). Although I believe Romero is limited in his directorial scope (as proven by his body of work), he is truly a horror master up there with John Carpenter and Wes Craven, and like his contemporaries, has fizzled out it would seem. "Night of the Living Dead" is a seminal work in film history and an icon in the history of independent and horror films alike.

Check out George Romero's horror masterpiece below or on http://www.filmannex.com/webtv/Baxter_Martin