Why have you been so successful in reaching some of your goals, but not others? If you aren’t sure, you are far from alone in your confusion. It turns out that even brilliant, highly accomplished people are pretty lousy when it comes to understanding why they succeed or fail. The intuitive answer — that you are born predisposed to certain talents and lacking in others — is really just one small piece of the puzzle. In fact, decades of research on achievement suggests that successful people reach their goals not simply because of who they are, but more often because of what they do.
1. Get specific. When you set yourself a goal, try to be as specific as possible. “Lose 5 pounds” is a better goal than “lose some weight,” because it gives you a clear idea of what success looks like. Knowing exactly what you want to achieve keeps you motivated until you get there. Also, think about the specific actions that need to be taken to reach your goal. Just promising you’ll “eat less” or “sleep more” is too vague — be clear and precise. “I’ll be in bed by 10pm on weeknights” leaves no room for doubt about what you need to do, and whether or not you’ve actually done it.

2. Seize the moment to act on your goals. Given how busy most of us are, and how many goals we are juggling at once, it’s not surprising that we routinely miss opportunities to act on a goal because we simply fail to notice them. Did you really have no time to work out today? No chance at any point to return that phone call? Achieving your goal means grabbing hold of these opportunities before they slip through your fingers.
To seize the moment, decide when and where you will take each action you want to take, in advance. Again, be as specific as possible (e.g., “If it’s Monday, Wednesday, or Friday, I’ll work out for 30 minutes before work.”) Studies show that this kind of planning will help your brain to detect and seize the opportunity when it arises, increasing your chances of success by roughly 300%.
3. Know exactly how far you have left to go. Achieving any goal also requires honest and regular monitoring of your progress — if not by others, then by you yourself. If you don’t know how well you are doing, you can’t adjust your behavior or your strategies accordingly. Check your progress frequently — weekly, or even daily, depending on the goal.

4. Be a realistic optimist. When you are setting a goal, by all means engage in lots of positive thinking about how likely you are to achieve it. Believing in your ability to succeed is enormously helpful for creating and sustaining your motivation. But whatever you do, don’t underestimate how difficult it will be to reach your goal. Most goals worth achieving require time, planning, effort, and persistence. Studies show that thinking things will come to you easily and effortlessly leaves you ill-prepared for the journey ahead, and significantly increases the odds of failure.

5. Focus on getting better, rather than being good. Believing you have the ability to reach your goals is important, but so is believing you can get the ability. Many of us believe that our intelligence, our personality, and our physical aptitudes are fixed — that no matter what we do, we won’t improve. As a result, we focus on goals that are all about proving ourselves, rather than developing and acquiring new skills.
Fortunately, decades of research suggest that the belief in fixed ability is completely wrong — abilities of all kinds are profoundly malleable. Embracing the fact that you can change will allow you to make better choices, and reach your fullest potential. People whose goals are about getting better, rather than being good, take difficulty in stride, and appreciate the journey as much as the destination.

6. Have grit. Grit is a willingness to commit to long-term goals, and to persist in the face of difficulty. Studies show that gritty people obtain more education in their lifetime, and earn higher college GPAs. Grit predicts which cadets will stick out their first grueling year at West Point. In fact, grit even predicts which round contestants will make it to at the Scripps National Spelling Bee.
The good news is, if you aren’t particularly gritty now, there is something you can do about it. People who lack grit more often than not believe that they just don’t have the innate abilities successful people have. If that describes your own thinking …. well, there’s no way to put this nicely: you are wrong. As I mentioned earlier, effort, planning, persistence, and good strategies are what it really takes to succeed. Embracing this knowledge will not only help you see yourself and your goals more accurately, but also do wonders for your grit.
7. Build your willpower muscle. Your self-control “muscle” is just like the other muscles in your body — when it doesn’t get much exercise, it becomes weaker over time. But when you give it regular workouts by putting it to good use, it will grow stronger and stronger, and better able to help you successfully reach your goals.
To build willpower, take on a challenge that requires you to do something you’d honestly rather not do. Give up high-fat snacks, do 100 sit-ups a day, stand up straight when you catch yourself slouching, try to learn a new skill. When you find yourself wanting to give in, give up, or just not bother — don’t. Start with just one activity, and make a plan for how you will deal with troubles when they occur (“If I have a craving for a snack, I will eat one piece of fresh or three pieces of dried fruit.”) It will be hard in the beginning, but it will get easier, and that’s the whole point. As your strength grows, you can take on more challenges and step-up your self-control workout.
8. Don’t tempt fate. No matter how strong your willpower muscle becomes, it’s important to always respect the fact that it is limited, and if you overtax it you will temporarily run out of steam. Don’t try to take on two challenging tasks at once, if you can help it (like quitting smoking and dieting at the same time). And don’t put yourself in harm’s way — many people are overly-confident in their ability to resist temptation, and as a result they put themselves in situations where temptations abound. Successful people know not to make reaching a goal harder than it already is.
9. Focus on what you will do, not what you won’t do. Do you want to successfully lose weight, quit smoking, or put a lid on your bad temper? Then plan how you will replace bad habits with good ones, rather than focusing only on the bad habits themselves. Research on thought suppression (e.g., “Don’t think about white bears!”) has shown that trying to avoid a thought makes it even more active in your mind. The same holds true when it comes to behavior — by trying not to engage in a bad habit, our habits get strengthened rather than broken.
If you want to change your ways, ask yourself, What will I do instead? For example, if you are trying to gain control of your temper and stop flying off the handle, you might make a plan like “If I am starting to feel angry, then I will take three deep breaths to calm down.” By using deep breathing as a replacement for giving in to your anger, your bad habit will get worn away over time until it disappears completely.
It is my hope that, after reading about the nine things successful people do differently, you have gained some insight into all the things you have been doing right all along. Even more important, I hope are able to identify the mistakes that have derailed you, and use that knowledge to your advantage from now on. Remember, you don’t need to become a different person to become a more successful one. It’s never what you are, but what you do. 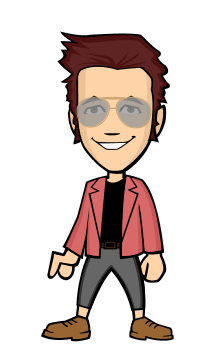 I am John Paul Manalo. I am an accounting clerk

According to a report published in the Archives of General Psychiatry, an estimated 14.8 million Ame…

why should we kept reading and reading! Here are the some reasons. :)))

Why read? Six reasons why you should keep reading Reading has been an essential part of our lives fo…

A BANANA a day keeps the doctor away!

Banana for Breakfast anyone??? This is interesting. After reading this, you'll never look at a banan…

Why have you been so successful in reaching some of your goals, but not others? If you arent sure, y…