No Quests Means Minus 5 Buzzes 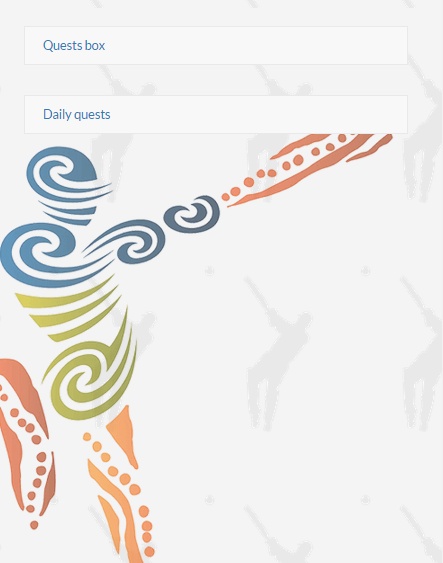 So I was totally concerned I didn't get any quests yesterday, no quests box or even daily quests had showed up in my page. I have been a bit inactive yesterday because of the busy schedule and that my brother together with his wife arrived from Iloilo and we showed them around in some places here in Cebu.

I logged in only in the morning and before we went out of the apartment as well as when we were home in the evening time around past six. I was super excited to do the quests but then nothing was showing in my page. My brother said he as well have no quests in his profile too! That was really surprising so I went on and updated my status saying that I didn't receive any quests at all.

My friend here in bitLanders had commented back that they have their own quests earlier of the day. So I thought it could be that the quests are only valid in some certain time within the day and if someone misses to be online on those times, they won't be able to get the quests on.

As far as I remember, the quests shows up around noontime, 12nn or 1pm Philippine time and I know I was still logged in that time too but I never notice the quests. I wonder if those are given to specific users only or if we had experienced certain glitches at that time. What do you think could have happened?

Well then, the day is over, I got no daily quests but the most important thing was that I got my treasure box! But that also means, I didn't get additional five buzzes!