Not Lost in Translation by Matthew Gudwin

To conclude our character’s tale of his apprenticeships and move on to his noteworthy adventure, we end with him and his younger brother learning about profit.  They didn’t have a lot of personal funding and because they didn’t have enough to be long-term investors they had to become traders.  An example would be anything they could trade quickly and make a profit on, such as gold or silver.  This was very educational for them and they learned how to trade gold from one country to another or make a margin between one security and another.  This was precisely what their father had done when he was starting out as you have previously read in the first few articles that I wrote. 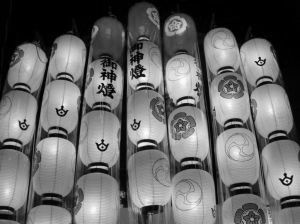 In fall of 1948 our character was sent to Hong Kong by his father.  This came about because of an employee who had been looking over the family’s affairs, had lost his visa and was deported.  Along with our character his father sent David Gahtan to help with various things along the way.  This was the same David that you read about in the Sibling Sorrow episode.  As you remember our character’s older brother treated this close family friend very rudely.  Some of the things his father wanted David to help with were making sure our character ate well, avoided sickness and disease and funny enough not get married.  Our character may have been twenty-three but to his dad he still wasn’t a grown man yet.  This however didn’t stop the father from allocating his son with some responsibilities.  Before arriving in Hong Kong David and our character spent some time in Tokyo.  One of the products they were buying to make a profit on was a Japanese specialty silk called habutae.  The family had a business partner profiting from trading in America, however the only problem was obtaining the proper licenses to ship the silk.  Having the right connections for post war exporting was key for obtaining a license unless you could find other ways around these restrictions.  Our character’s father was a man who had these connections.  He gave his son a letter to give to the chairman of a large Japanese trading company.  The chairman who was in his seventies invited our character to dinner except neither knew the other’s native tongue and the meal was conducted through translators.  Never the less our character still managed to have a wondrous time.  You would think he would have been nervous because of the communication difficulties but that wasn’t the case.  In fact the complete opposite happened.  During the meal our character noticed that he and this Japanese gentlemen were very much alike.  He realized that this man sitting across the table had the same principles that he himself had been raised on.  They both held traits such as honor, kindness, honesty, or charity in high regard.  Our character’s statement about different cultures is thought provoking.  “That evening I realized that the fundamental values in different cultures are basically all the same.”

How could our character have gotten so much out of a conversation that was totally translated?  Whether it was body language, eye contact, a hand gesture that the man may have used, a candid smile or a gut feeling he had, a connection was made. Our character realized that morality is a basic instinct no matter where you come from, however not everyone chooses to do what is right.  Stay tuned to next time as our character gets to meet Yoko Ono’s father.