Founded in 2002 by Jane Rosenthal, Robert De Niro, and Craig Hatkoff, the idea behind the Tribeca Film Festival is to enable the international film community and the general public to experience the power of film by redefining the film festival experience. The founding of the Tribeca Film Festival was a celebration of New York City as a major film-making center and as a hopeful contribution to the recovery of lower Manhattan post 9/11. Since its founding, the festivals lineup has included various independent films, documentaries, narrative features, and shorts. There is also a program of family friendly films. Another important feature of the festival is its panel "talks" with entertainment personalities as well as a music lounge to showcase artists. As part of the music special on Thursday April 16th at Beacon Theater Mary J Blige will take the stage following the premiere of The London Sessions, a film that follows Mary on her 10 day recording session. This years Tribeca Talks will cover the following topics: Transportation, Nanotechnology, Robotics, Artificial Intelligence, Virtual Reality, and The Future.

Click here to view the list of influential leaders in innovation, guest speakers who will be present at this years Festival.

In honor of the 25th Anniversary of Martin Scorsese's The GoodFellas starring Robert De Niro, the cast and creators will reunite for a conversation after a special screening on Closing night of the Festival. Tickets are on sale now on the official website.

If you are like me you will no doubt enjoy the Drive In screening of Clue, a film by Jonathan Lynn. See the schedule for each day of the festival here. 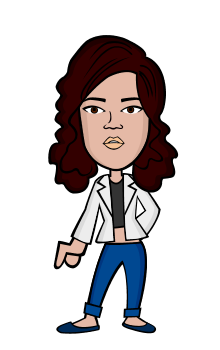 I have always been enamored with top tens lists. I always run things in my head like my top 10 favor…