The development of Molten Salt Reactors (MSRs) has recently become a focus for governments, energy companies, and new energy startups and are quickly becoming recognised as a more efficient and safer reactor for the future. Originally designed to power aircraft in the 1960's, could their future lie in powering humanities expansion into space?

Talk about nuclear reactors and images of Chernobyl or the Fukushima disaster might come to mind. But these reactors have traditionally used water as a coolant for the heat created by the radioactive core. If the core becomes unstable the excessive heat causes the pressure of the water to increase and potentially explode, damaging the reactor housing and allowing radiation to leak into the environment. In a MSR the coolant, as the name suggests, is molten salt which has a very high boiling point and increases very little in volume when exposed to high temperatures. There is no water or hydrogen in the reactor that can cause a large pressure rise or explosion as happened during the Fukushima Daiichi nuclear accident. There are several other benefits of Molten Salt Reactors (sometimes called Liquid Fluoride Thorium Reactor or LFTR for short). These include being easier to control, a fail safe core, cleaner and less waste, higher efficiency, more environmentally friendly, and cheaper fuel (there is an abundance of thorium in the earths crust and it is regularly dug by mining activities and then discarded due to a lack of demand).

Instead of using Uranium or Plutonium as found most commonly in nuclear reactors LFTRs use thorium. It is claimed that a primary reason for the United States cutting thorium reactor research in the 1970s is that the thorium fuel they use is difficult to turn into nuclear weapons. Being able to use the by products of a reactor is attractive and cost effective to countries who use nuclear weapons as a deterrent. Another reason is that despite the advantages LFTRs come with a number of potential design challenges including a limited lifetime of the materials (notably graphite) used in the reactor, start up problems, development of a cost effective power cycle, and insufficient testing. However there has been a recent revival in their interest with Chinese, French, and UK governments as well as a number of private companies investing heavily in new research and development.

More information about MSRs can be found on the World Nuclear Association website.

Nuclear Power In The Aerospace Industry

In 1954 the United States air force was running a program called Nuclear Energy for the Propulsion of Aircraft (NEPA) with the aim of creating a bomber capable of remaining airborne for long periods of time. The program produced and successfully ran the first MSR as a means of powering an aircraft. The Idea was that the reactor would be connected to two jet engines and instead of a combustion chamber the incoming air from the turbines would be passed through the hot core of the reactor creating a hot air stream which would be propelled from the exhaust producing thrust. Although the reactor was flown in a Convair NB-36H it was never attached to the engines and the program was made obsolete by the introduction of intercontinental ballistic missiles. However before the program was stopped both General Electric and Pratt & Whitney had managed to develop and test engines that were powered by heat transfer from a nuclear reactor. The relative ease of operation, simplicity, and safety advantages of Molten Salt Reactors make them a real possibility for use in aerospace applications. 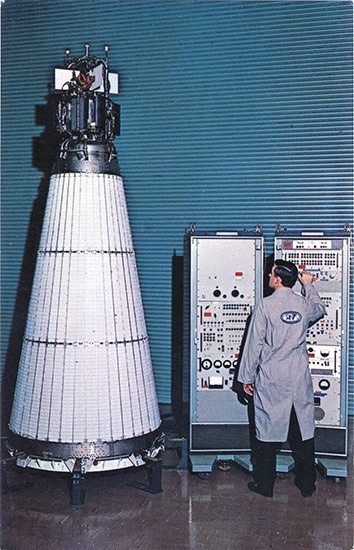 Nuclear power in space is not a new thing. Since the 1960's space agencies have been experimenting with nuclear power typically in the form of either small fission systems providing radioactive decay for electricity or heat. The Soviet Union has sent more than 30 small fission reactors into space over the past few decades but these have mainly been low power systems designed as a cost effective alternative to RTGs (radioisotope thermoelectric generator). The Soviets also developed the Topaz lightweight nuclear reactor for use in space. This was of great interest to the United States and they bought two of the reactors in 1991 for testing. Unfortunately opposition from activists and scientists concerned with putting nuclear technology in space as well as budget cuts led to the cancellation of the program before the reactors could be flown. In fact the US has only ever sent one small power fission reactor into space back in 1965 - the SNAP-10A. The reactor operated successfully for 43 days before its untimely demise due to an electrical failure. Several designs have been put forward since but none have made it past the testing stage with many being the victim of a lack of funding. It is only recently in 2008 that NASA announced plans to develop a nuclear reactor for lunar and mars missions possibly by 2020.

Nuclear Power The Future of Space?

Outside of our planet new reactor technology like MSR's could be used to power habitats on the Moon or Mars. If Elon Musk fulfils his ambition to send 1 million people to Mars through his company SpaceX he will need a safe and reliable power source capable of meeting the power requirements of such a large number of people and valuable life support systems. It could also be used for a number of electric propulsion systems currently being developed. For example the VASIMR electromagnetic thruster being developed by Ad Astra Rocket Company uses radio waves to create a plasma which is then accelerated from the engine by powerful magnetic fields. Both the radio waves and electromagnets require a large amount of electricity similar to the power of a nuclear submarine and the technology does not yet exist for such a large energy source in space. If it did however astronauts could make journeys to Mars in just a few weeks. It is certain that nuclear power will play a role in the future of space travel but for now a lot more research and development is needed. 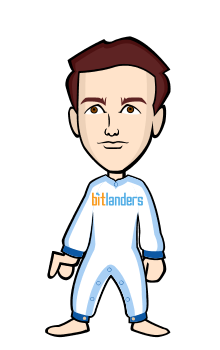