hi all,
first of all i will share my experience of Bitlanders ,which is quite pleasant till now.I joined this platform and i'm quite amazed that Bitlanders pay's the users for their activity.Infect it was the main appealing fact that i joined this platform.I posted the plenty of content, other than Blog Posts, but soon i realized that it did not increase my base buzz, which is mainly responsible for one's earnings.
I don't know why but i was quite hesitate to write a Blog. But soon i overcame upon my hesitation, and intended to write a Blog Post, as it is directly linked with my earnings as well.While writing this blog, i realized that it is of great help for me to get rid of my rusty state of mind.i'll be very grateful of all of you if you guys make me realize and guide me about the weak points of my blog in the comments below, as it's my first "Blog Post" and i'm not well aware of the tactics to write a good blog.
let's come to the main topic. 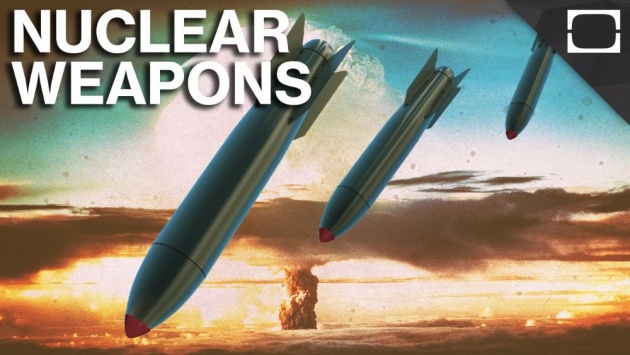 image source: <YouTube via Google>
By hearing about nuclear weapons, the question, which arises at first, is that what is a nuclear weapon? A nuclear weapon is a device that derives it's destructive force from nuclear reaction, either fission or combination of fission and fusion.Both reactions release vast amount of energies from relatively small amount of matter. A modern thermonuclear weapon weighing little more than a thousand kilograms can produce an explosion comparable to the detonation of more than a billion kilograms of conventional high explosive. 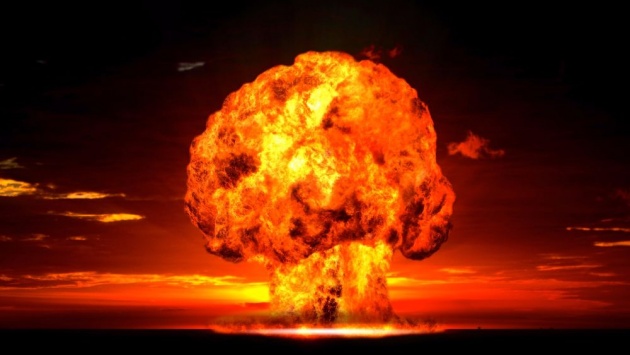 As we all are well aware of the fact that nuclear weapons are extremely disastrous for mankind.The developed countries like Russia, America, Japan and France have been making nuclear weapons for many years.America attacked the two cities of Japan,Nagasaki and Heroshima in the Second World War with atomic bombs.It caused huge destruction in both the cities.Millions of people wounded and killed in that bombing.Since then a serious thought has been given to the preparation of nuclear weapons.Every country considers it essential to equip itself with nuclear weapons for its security.
Nuclear energy is considered the basic armament of self-defence.In the mad race of preparing nuclear weapons, the underdeveloped countries like India, South Africa and Israel have also joined their hands with the developed countries.It seems that world have forgotten the savagery of atom bombing by Americans over the Japanese Cities. 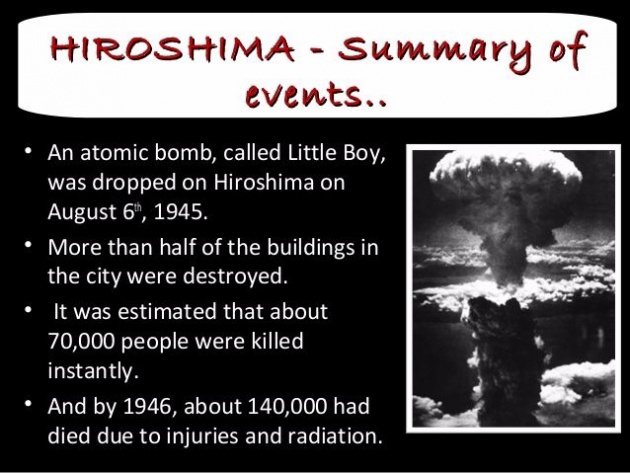 The atom, despite it's devastating powers , is still the favorite subject of study among the scientists.They go on studying it with the sole object of killing mankind.Persistent nuclear explosions and tests in Siberia or Pacific are hailed as greatest achievement of science.The political rulers and statesmen of every country consider the collection of nuclear weapons as a safeguard of peace.They are mistaken in it.The piling up of nuclear weapons is an inevitable prelude to the whole destruction of mankind.

"The unleashed power of atom has changed everything save our modes of thinking, and thus we drift toward unparalleled catastrophe" -Albert Einstein

A nuclear war is an exercise in wholesale destruction. A single day's atomic bombing of the U.S.A is estimated to cause the death of about 50 million people and a serious injury to about half the number.Such a great destruction is expected to paralyse the whole stream of life.The influence of radiations will continue to haunt the world for many years.It may give rise to mysterious diseases and ailments.It may render the fertile land barren and wild.

video source:<Reading Through History via YouTube.com>

Nobody can wish for such a gloomy and dark future.World peace can only be secured if all the countries decide to put a ban on the research, the production and preparation of nuclear weapons.


On August 5, 1963, representatives of the United States, Soviet Union and Great Britain signed the Limited Nuclear Test Ban Treaty.This treaty prohibited the states of testing the nuclear weapons in outer space, underwater or in the atmosphere.But some of the nuclear states, such as North Korea, is still violating NBT by performing various nuclear tests in open environment.

Nuclear disarmament among Nuclear States is still irrelevant.The concept of deterrence through nuclear weapons has weakened the prospectus of the so called nuclear ban treaty.In nuclear history, it is imperative to note that acquisition of nuclear weapons has played a significant role in the foreign and defence policies of countries.Now it is been realized that the sole purpose of nuclear assets are for "deterrence purpose" rather than an instrument of war.But the risk of nuclear destruction and disaster has not completely diminished because even a small limited war could lead the countries to the worse situation.It could escalate even small conflicts to a bigger military war involving nuclear weapons. 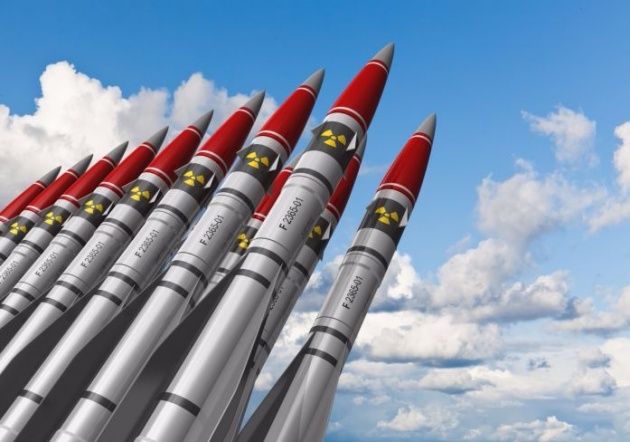 Bernard Brodie, a US civilian military strategist, quoted in his book Absolute Weapon:

“Thus far the chief purpose of military strategy has been to win wars. From now on its chief purpose must be to avert them. It can have almost no other useful purpose.”


All the nuclear states including America are still heaping up their nuclear warheads despite the Obama’s Prague speech in 2009, dreaming about the world free from nuclear weapons.Many in the US alone think of the irrelevance and impossibility of nuclear disarmament. The strong US observations against the so-called Nuclear Ban Treaty (NBT) in March 2017 at the United Nations is a reflection of the same traditional perception of keeping nuclear weapons.All nuclear states think that nuclear weapons are necessary for the military deterrence, ultimate survival and existence.In US case nuclear disarmament will result in lose hold on other countries. The US influence of extended deterrence will largely get affected in this case.US certainly faces a security dilemma, it can neither uplift the nuclear security guarantee from both its European and Asian allies, nor let them acquire their own nuclear capability. 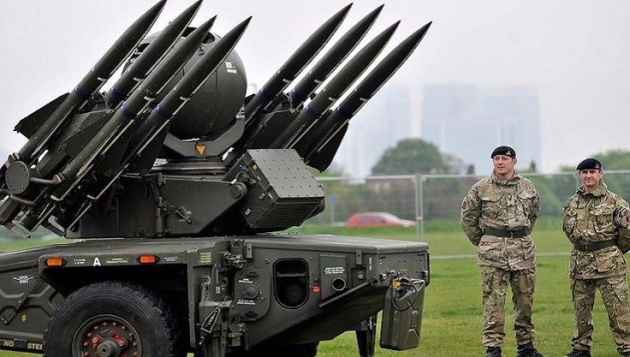 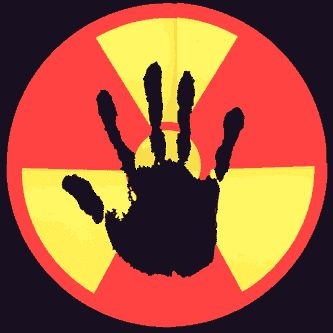 image source: <www.google.com>
There are some suggestions control this wild love for nuclear power;
A powerful organization should be set up in every country which should watch and control the production of nuclear weapons.It should mobilize the public opinion against the menace of atom bomb.People should be told that radio activity is an unchecked and uncontrollable monster.
A world wide awareness against the use of nuclear weapons should be produced.A campaign should be launched against the use of deadly and disastrous nuclear weapons at all levels of media, such as print, press, electronic and social media.The powerful and advanced countries should also be forced to stop producing the deadly weapons.The statesmen, the rulers and politicians of all the countries should realize their responsibility regarding the bright future of mankind.If there is a total disarmament in all the countries, the world peace can be secured in a better way. 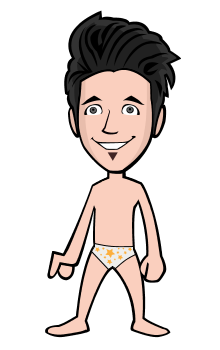 The of arms control disarament is as old as warfare. Disarament is the elimination of araments to pr…

Har Har Mahadev(each each Shiva(Mahadev)According to Hinduism, each being is a form of God. Human bi…