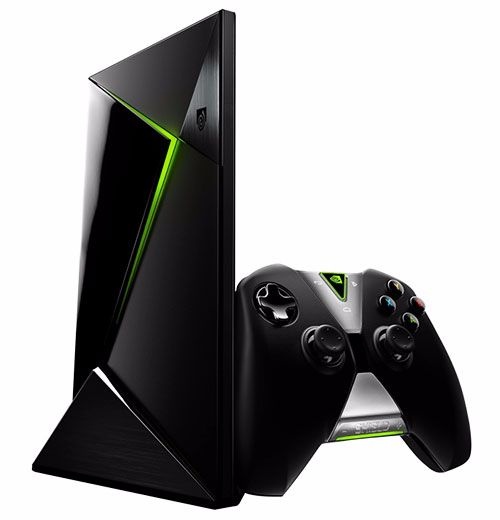 Yes, it can play Crysis. That claim, a measure of a gaming PC's power a few years ago, is how Nvidia is marketing the Shield console.

Nvidia's Shield Tablet led the way with its Tegra K1 processor and its ability to play Android ports of AAA games natively. The Shield console continues that progress by serving up some of some of the year's biggest games either locally or through Nvidia's cloud gaming service, Grid.

Preceded by the Shield Tablet and the Shield Portable before it, the Shield console is Nvidia's first entertainment device that's meant to live inside entertainment centers in living rooms, noted Nvidia spokesperson Hector Marinez.

Power by the Teraflop

To cozy up with other consoles in consumers' living rooms, Shield leverages the power of the all-new Tegra X1 chip.

"The 256-core Tegra X1 delivers a teraflop of processing power that opens the door to unprecedented graphics, sophisticated deep learning and computer-vision applications," he said.

The Tegra X1, which includes a 64-bit CPU, can deliver 4K video at 60 frames per second, Marinez noted. Beyond gaming, the Tegra X1 will power devices in the automotive, embedded and general mobile sectors.

An Android in the Living Room

Nvidia is committed to the Android operating system, Marinez said, pointing to its wealth of services. Android TV, which is build on Lollipop -- the latest version of the OS -- is designed for just the type of experience Nvidia is planning to deliver with Shield.

It has "a 10-foot user interface, voice search, Google Cast, and apps that are remote- and game controller-compatible," Marinez said. "This makes it the ideal platform for the living room. Content also syncs with mobile Android devices, bringing the living room into the Android ecosystem for the first time ever."

The use of the Android TV platform also opens the Shield experience to content from third parties like Hulu and Netflix.

Playing on the Grid

Along with porting high-profile games to the Android platform, Nvidia's growing Grid service shines as a bright star in the Shield system, he told TechNewsWorld. There are other cloud gaming services, but Grid may represent the biggest push into the space so far.

"You haven't seen that many big AAA products arriving on the mobile gaming space," Inouye noted. Shield is "an example of what you can do with these mobile platforms. I think it's a step in the right direction."

Nvidia is issuing a voluntary recall for its 8-inch Shield tablets after determining that they may, …

Could Nvidia Win Big With A GRID Game Streaming Box?

Nvidia has a streaming game service called GRID, which it debuted last year via its Shield dedicated…